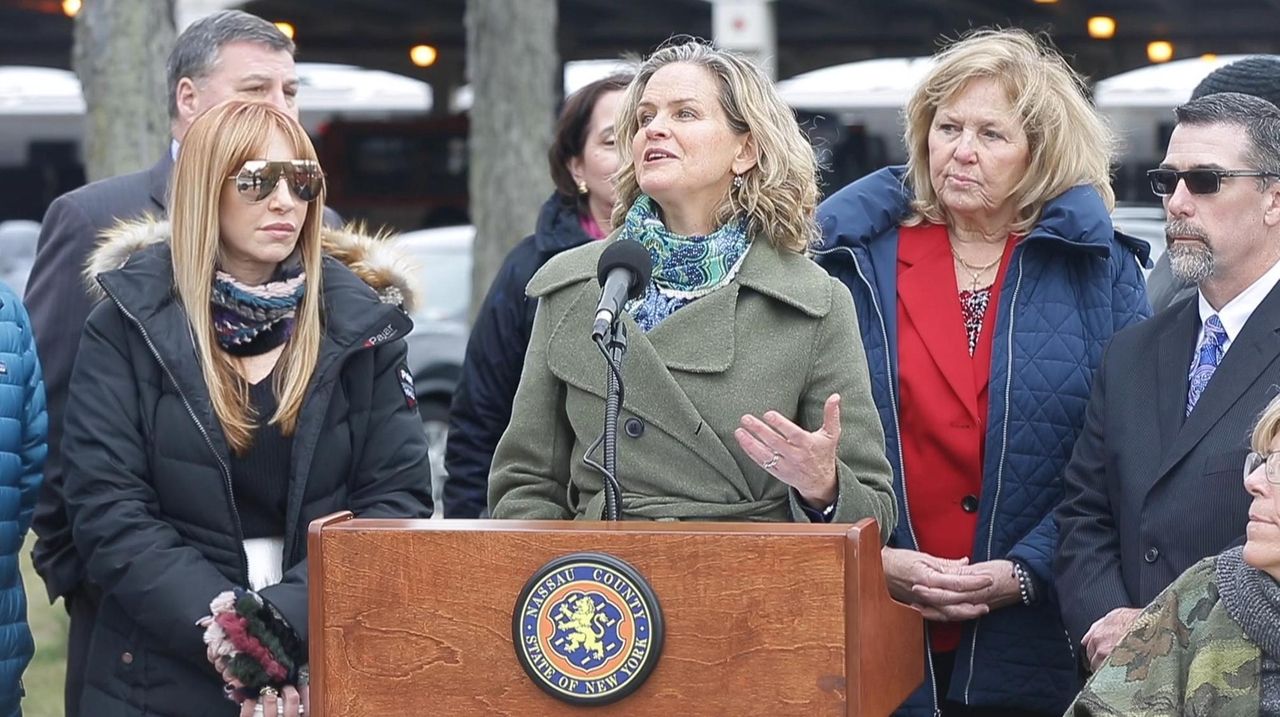 On Friday, Newsday reporter John Asbury, spoke in Long Beach about the Transit-Oriented Development funding that was awarded to the community as part of a revitalization project.  Credit: Newsday / Howard Schnapp

Each community received $150,000 for infrastructure improvements, such as crosswalks and street beautification, to encourage transit-oriented development. The county established a new grant program in October with the Nassau Office of Community Development to accept grant applications. Curran said communities that did not receive funding may apply for grants next year.

“We’re working harder than ever to make Nassau County attractive to young people, new residents, to businesses and people of all ages. One way is to create more of a downtown vibe in more places that we can,” Curran said. “They attract young people to stay here. All too often they leave for other places, or it’s not as fun as it could be.”

Curran made the grant funding announcement last Friday in Long Beach. The city plans to use the money to improve signage around the city’s bus terminal and LIRR station and improve sidewalks and bike traffic around City Hall and Kennedy Plaza north of Park Avenue.

City officials say they will add bike lanes and parking near the train station and construct a rain garden in front of the LIRR station with a seating area and signage about green infrastructure. Other improvements will include an art mural and landscaping to between the chain-link fencing separating the LIRR and public housing.

“Long Beach residents have long called for improvements in and around the train station,” Mirando said. “Working with the county we will further enhance public safety, economic development and quality of life.”

City officials hope to add crosswalks on Center Street between Kennedy Plaza and the bus and train stations and improve access to the Channel Park homes behind City Hall. Officials also plan to add crosswalks and signage across National Boulevard between City Hall, senior housing and Starbucks at the corner of Park Avenue.

State Sen. Todd Kaminsky (D-Long Beach) worked with the MTA to add funding in the capital plan to make improvements to the Long Beach LIRR terminal and train platforms.

The city is also using $1.2 million in grants to add bike lanes, road improvements, flood mitigation and to improve medians on Park Avenue.

In Roslyn, a pedestrian walkway is planned near the LIRR station. A crosswalk by the NICE bus depot in Hempstead Village will be milled and repaved. Enhancements for pedestrian safety will be made near the Hicksville LIRR station. Better lighting and signage are planned for south of downtown Farmingdale. Freeport will see streetscape improvements along Sunrise Highway. Facade refurbishments will be made in the Elmont commercial area.

$150,000 in Community Development Block Grants were awarded to: