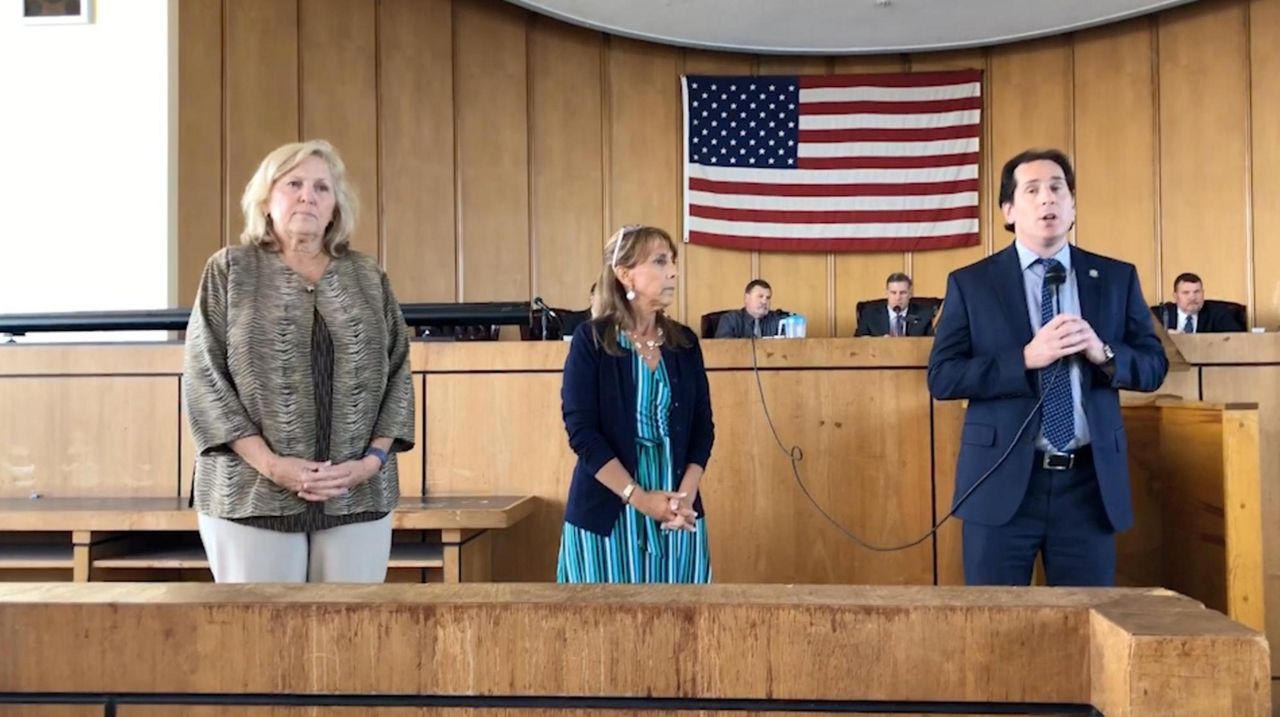 State and Nassau County health officials met with residents during the forum in Long Beach to discuss the city’s water quality following the positive test of E. coli in city drinking water June 21 that prompted a boil-water order for residents over three days.

A Long Beach parent said her daughter had tested positive for an E. coli infection during the outbreak, leading to an investigation by state health officials. But state Deputy Health Commissioner Brad Hutton said Wednesday that the child’s positive test was tied to a “definitive link to a foodborne source.”

The Long Beach parent, Alexis Pace, said she reported her daughter’s illness to officials after her test was confirmed by the hospital. She said the state Health Department told her the E. coli strain was tied to bison meat. Pace said she had  eaten a bison burger, but her daughter had chicken nuggets. . “I was told it was not related to the water, and a foodborne illness,” Pace said. “I thought it was a public health crisis and was concerned we had a positive test during a boil-water notice.”

State officials said they conducted “active surveillance” during the positive drinking water test and called local hospitals and labs for potential E. coli illnesses. Health officials began investigating every E.coli  result within a day of it being reported by hospital labs, Hutton said.

“I’m really sorry your daughter had that infection and I’m here to tell you that it was definitively not from the water system,” Hutton said.

Health officials said they took the positive sample taken from the drinking water and attempted to culture bacteria with unsuccessful growth. Officials said the sample indicates there may not have been E. coli in the water, or it was at such a low level or a strain that does not cause human disease.

The city doubled chlorine levels to two parts per million and flushed its water system. More than 100 samples since the positive result have tested negative for any indication of E. coli, officials said.

Nassau County has had about 50 positive E. coli illnesses this year from food or other sources, including three cases from Long Beach, Nassau County Health Commissioner Lawrence Eisenstein said. He described that as “a typical year” for E. coli cases.

“To this day, there have not been any cases tied to any samples of E. coli in this water system,” Eisenstein said of Long Beach drinking water. “That’s a fact. None.”

Local representatives said they are seeking to replace aging infrastructure like a 100-year-old water tower and 50 miles of pipes in the city that are as much as 80 years old.

“We have infrastructure needs in Long Beach because nothing has been done for a very long time," Kaminsky said. "At some point citizens of Long Beach need to tell local officials, and this year you have an election, to make hard choices in the budget and where money needs to go."

Forecast: With snow fallen, here comes the cold
Barge off Long Beach surveys best route for wind-powered cable
On the front lines of omicron: It 'hit us like a tidal wave.'
Forecast: Up to 3 inches of snow for parts of LI
Wounded toddler the latest victim as NYC shootings spike
Teen testifies Uber driver asked her out for drinks, canceled her planned route
Didn’t find what you were looking for?