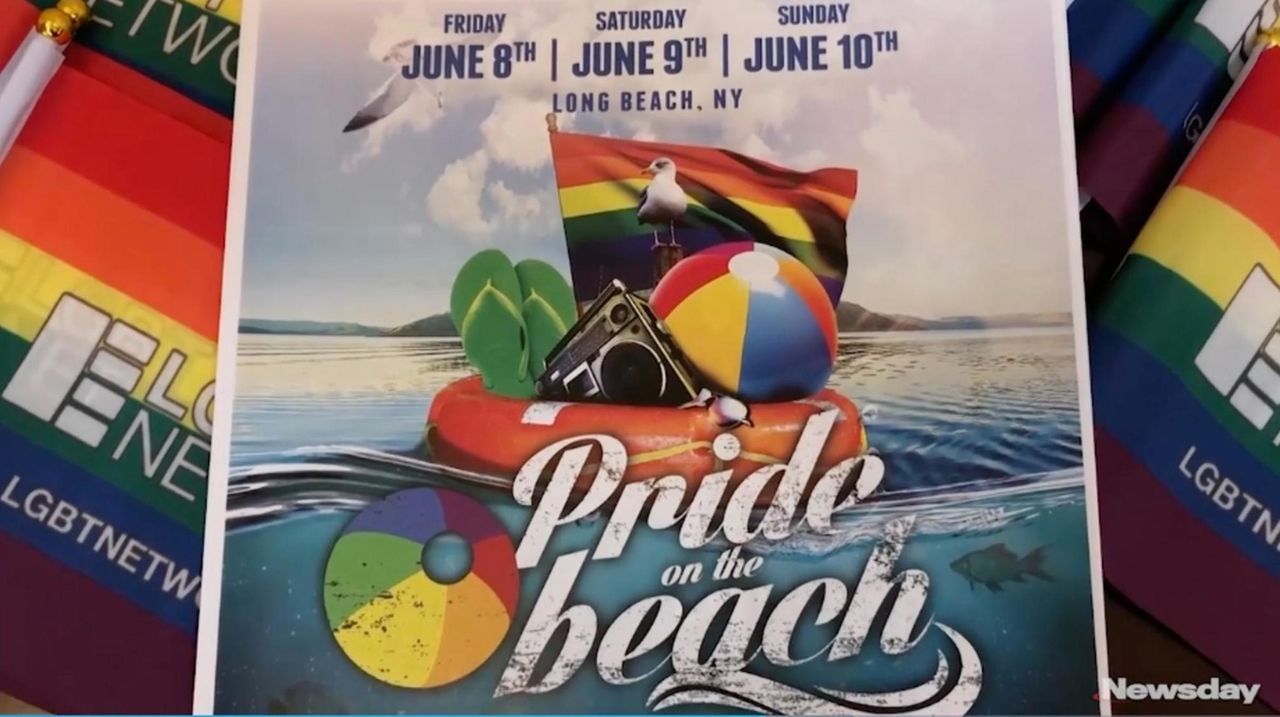 Nassau County Executive Laura Curran on Monday announced that Pride on the Beach, the Long Island Pride Festival, will return to Long Beach in June. The parade is to be led by students and teachers from Parkland, Florida, the site of a mass shooting at a high school on Feb. 14, 2018. Credit: Howard Schnapp

Pride on the Beach is coming back to Long Beach for a second year, with a smaller budget and some events spread outside of the city.

The city is receiving $50,000 — about half of a $103,000 Empire State Development grant for the June 8-10 pride festival hosted by the LGBT Network. The weekend includes more than 30 events throughout Long Beach.

This year’s Long Beach pride parade grand marshals will be students and teachers from Marjory Stoneman Douglas High School and feature a tribute to the 17 killed in the Parkland, Florida, shooting, including

Beigel’s girlfriend, Gwen Gossler, spoke about his life and heroism during a news conference Monday. “He never wanted to be known as a hero. But he was. Scott was a hero to the students that he saved on Feb. 14,” she said.

The Nassau Police Benevolent Association will contribute $5,000 to cover the entirety of the costs of the trip to Long Island, a spokesman said.

Long Beach officials, in the midst of a fiscal crisis, say they will work to make sure costs do not exceed $50,000.

The festival last year, including a beach party, parade and events throughout the city, cost the city about $152,000, which was covered under a $150,000 grant, Acting City Manager Michael Tangney said.

The city initially billed nearly $210,000 for the event, but absorbed about $60,000 in costs for general operations such as lifeguards, seasonal workers and paramedics who would have been on duty during a normal weekend, Tangney said.

“I do not plan to spend more than one dime of the city’s money on this weekend other than what is covered in the grant,” Tangney said.

“Long Beach easily made up in revenue for what expenses they had,” Kilmnick said.

The Town of Hempstead is offering the town-operated Malibu Shore Club in Lido Beach for a Saturday night party, which will not require Long Beach police presence, Kilmnick said. The town and Nassau County are also donating parking fields for the event. Organizers are not being charged for security from Hempstead, LIRR police and New York State Police. Unlike a year ago, there will be no festival events at either the Allegria Hotel or the Long Beach Ice Arena.

Kilmnick said organizers have been meeting to reduce costs without diminishing events that generate business for shops and restaurants, such as during the Taste of Long Beach. City officials said the highest number of beach passes sold last June was during pride weekend.

“We keep hearing from Long Beach and across Long Island, that Pride is not something they will miss,” Kilmnick said.

CORRECTION: An earlier version of this story misidentified Gwen Gossler.

Pride on the Beach highlights:

June 10: Pride parade at noon on Broadway from Laurelton to Long Beach boulevards; concert on the beach 1-5 p.m.

These restaurants, employers, colleges and NYC theaters will be requiring COVID-19 vaccines
Report: Thousands of MTA employees don't use time clocks designed to prevent fraud
Four LI hospitals ranked among Top 50 in U.S. in medical specialties
Overpass in Lawrence to be renamed for civic leader
Forecast: Plenty of sun after an unsettled week
Opioid trial witness: Distributors ignored red flags suggesting illicit drug use
Didn’t find what you were looking for?