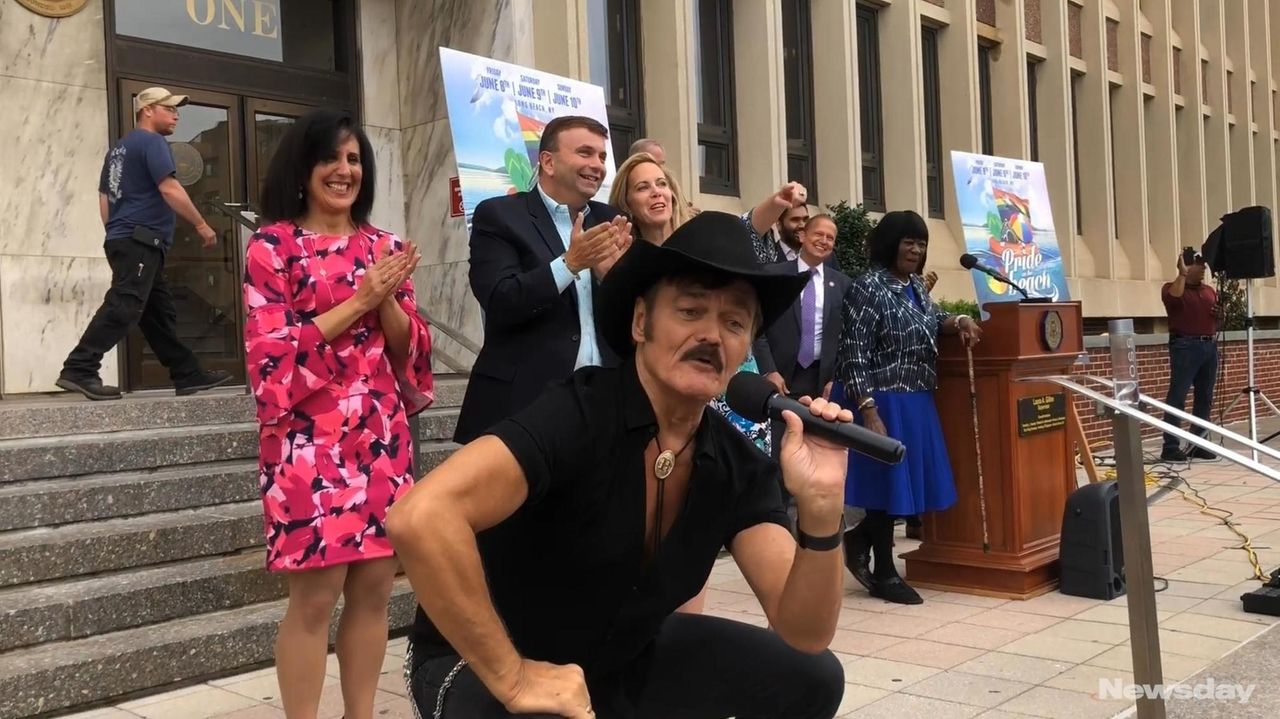 A rainbow pride flag was raised over Hempstead Town Hall Thursday morning for the first time, ushering in this weekend’s pride festival.

“Who would have thought when we started this project 25 years ago, that we’d be standing a quarter century later in America’s largest township, raising the rainbow flag?” said David Kilmnick, president of the LGBT Network. “We have been talking about this day, talking about Long Island and the Town of Hempstead becoming a more inclusive and supportive place, and look at where we are today.”

Kilmnick said the town raising the flag was a symbol that the Town of Hempstead is supportive of gay and transgender rights.

5 top things to do at Pride on the Beach fest

“I am so proud to be the first town supervisor to raise the pride flag over town hall,” Gillen said. “We are here to celebrate the uniqueness of everyone. By hoisting this flag today, we are not only saying we accept the LGBT community, but we embrace the richness of our community in the town.”

Jones performed the Village People hit “YMCA” after the flag raising with town officials dancing in front of Town Hall.

The parade at noon Sunday will be led by students and teachers from Marjory Stoneman Douglas High School in Parkland, Florida, where 17 people were killed in a mass shooting in February.

The parade will travel down Broadway from Lafayette to Long Beach boulevards.

This year’s festival includes a three-day carnival, a 5K run and beach party Saturday, and a parade and beach concert Sunday in Long Beach.

This is the second year the Long Island pride festival has been hosted in Long Beach after 26 years in Huntington. The Woodbury-based organizers received a $100,000 state grant for economic development and tourism. Organizers are giving $50,000 to city officials to cover operational costs, beach maintenance and police overtime. That’s less than the $150,000 organizers received for the festival last year.

“After a long, cold winter, what better way to start the summer by coming to Long Beach to celebrate with pride,” Tangney said.