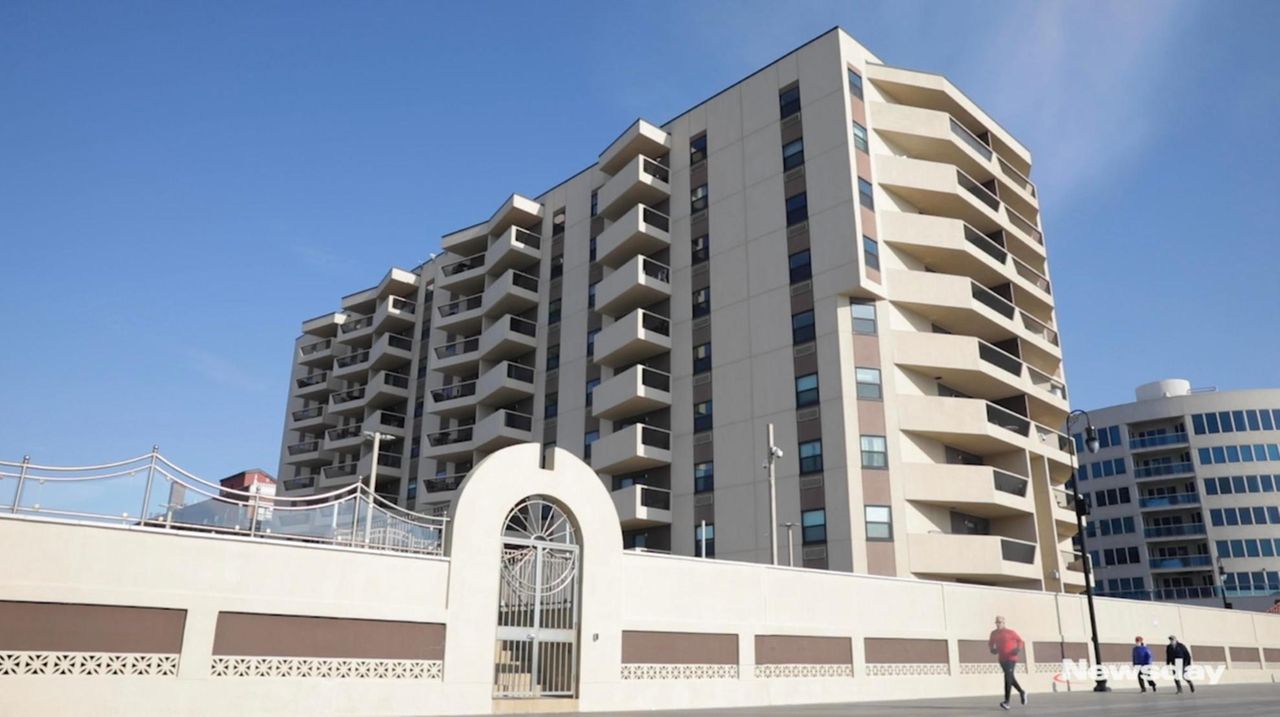 The City of Long Beach was ordered to pay $131 million in damages to developer Sinclair Haberman in a decades-old land dispute over proposals to build oceanfront condos. Credit: Newsday / Reece T. Williams

A Nassau County Supreme Court judge ordered the City of Long Beach to pay $131.2 million to a developer for blocking the construction of three oceanfront condo buildings over the past three decades.

Judge Jack Libert on Monday handed down the judgment of the amount in interest payments owed to Long Beach and Manhattan developer Sinclair Haberman based on fair market value when litigation started in 1989 and the city revoked a building permit in 2003.

The city was found liable in 2015 for breach of contract on the property and failing to respond to Haberman's 2003 lawsuit seeking to build two 10-story buildings planned next to the Seapointe Towers apartments facing the boardwalk between Monroe and Lincoln boulevards, and a third building planned for parking and condos across the street to replace the Lincoln Shore Apartments on Shore Road.

"The events giving rise to this case took place in 1989, the year that the Berlin Wall fell. The wall lasted for 28 years," Libert wrote in his decision. "Litigation related to this matter has lasted for 31 years so far."

Long Beach city officials are looking into appealing the judgment.

Developers were seeking $150 million for lost revenue after the city board of zoning appeals revoked a building permit in 2003, arguing Haberman did not follow a settlement with the city in 1989 to start construction.

Haberman initially completed one of the four buildings on the property, but after it was transferred to new building owner Xander Corp., residents and Xander objected in 2003 to further construction and asked the city to rescind the building permit.

Libert reinstated the building permit in 2018 to a now-defunct contractor under Haberman.

The city appealed multiple times before a November trial and Libert’s decision Monday.

Haberman’s Garden City-based attorney, Christopher McGrath, said the city stopped the development "for no other motive than politics."

"That’s not good government. That’s not government at all. You have to do what’s best for the city and admit that you’re wrong," McGrath said. "If they continue to make decisions like this they will be broke."

City officials have not said how they would absorb the cost, but City Manager Donna Gayden said it would not immediately affect taxes or city services.

"I want our Long Beach taxpayers to know that we are studying all facets of this issue and will do everything we can to minimize its financial impact on the city and its residents," Gayden said.

The city could reduce costs by paying a large annual settlement or restructure the city's budget, officials said.

"This is a very old matter that far predates the involvement of the current members of the council, city leadership, and almost all of the other parties that have been involved over the three decades of litigation," city council president John Bendo said.

The city could issue debt bonds to cover a large legal judgment if they are held responsible, said Rob Weber, vice president of the bond rating agency Moody's Investors Service.

Haberman reached a $23 million settlement with Xander Corp. last year, which the city is seeking to include in reducing damages owed.

"The city is going to have to do what it can to resolve this in various ways. The last thing Sinclair Haberman wants is to bankrupt the city he loves. He’s shown that by trying to resolve without taxpayers owing one dollar and city chose not to do that," McGrath said.