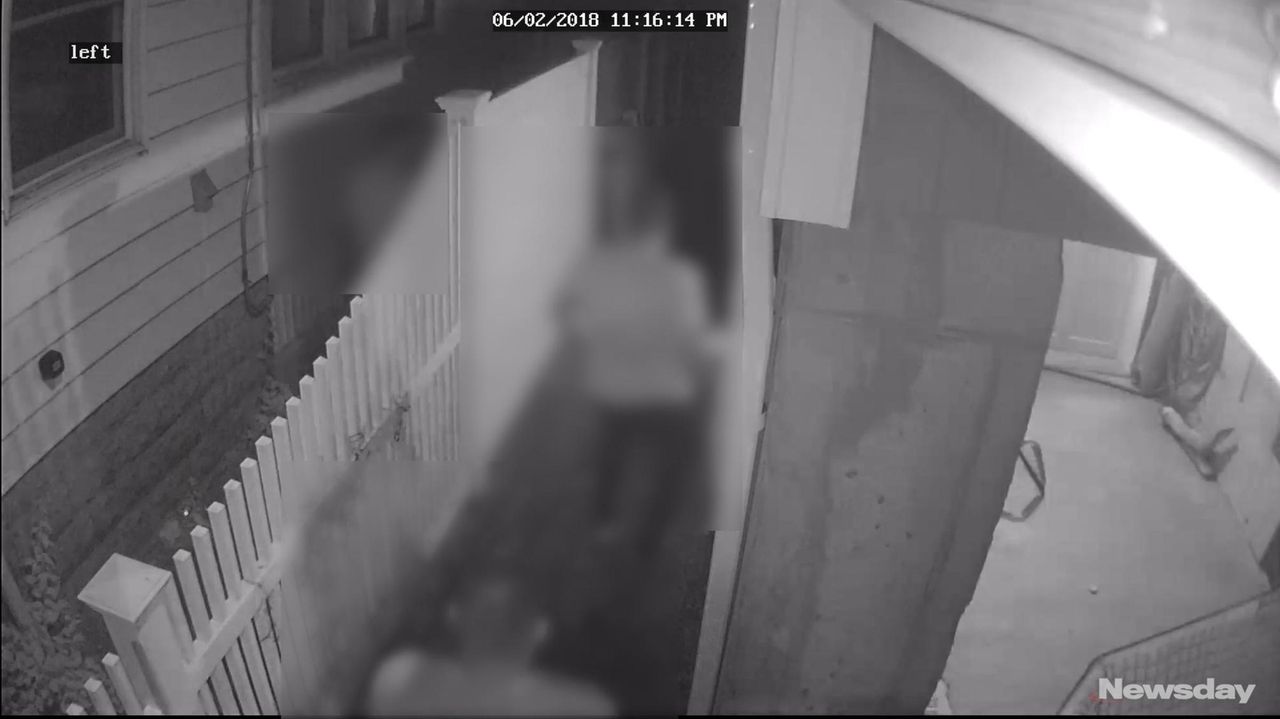 Scott Vaaler of Long Beach set up motion-activated sprinklers to catch trespassers who cut across his property. Last summer, his surveillance cameras caught dozens of people in the act and Vaaler recently made a compilation of the footage and posted it online, where it was viewed thousands of times. Credit: Scott Vaaler

Scott Vaaler is not a grumpy old man. But he is tired of people walking on his lawn.

Vaaler, 47, lives in Long Beach’s West End, near some of the city’s most popular attractions, and says revelers have for years trespassed on his property at night, wandering into the narrow areas on either side of his house between him and his neighbors.

Tired of it, Vaaler last summer installed a motion-activated sprinkler system that has sprayed dozens of trespassers, he said. And for Memorial Day weekend this year he added a bucket of water attached to a trip wire, which Vaaler said has drenched at least one person.

Vaaler began posting the security camera footage on his Facebook page and has recently uploaded more videos to YouTube.

“Everyone’s kind of gotten a kick out of them,” Vaaler said.

One video set to the tune of “Raindrops Keep Fallin’ on My Head” shows a montage of people getting sprayed with Vaaler’s sprinklers, recoiling and running away.

Another, which he recorded last weekend, is of a man first being sprayed and then having the bucket of water fall on him. That video’s been viewed more than 16,000 times since it was uploaded Tuesday.

Jacki Munzel, 56, lives next door to Vaaler and said people have regularly wandered onto her property since her family moved in 12 years ago. She said she loves Vaaler’s videos and has even asked him to rig a motion-activated sprinkler on her property.

“I am absolutely so proud of Scott for doing this,” Munzel said.

Vaaler has posted a handful of videos and said he has plenty of other footage he plans to share online.

He said he hopes it will keep people from trespassing on his property — or at the very least give a few people a good laugh.