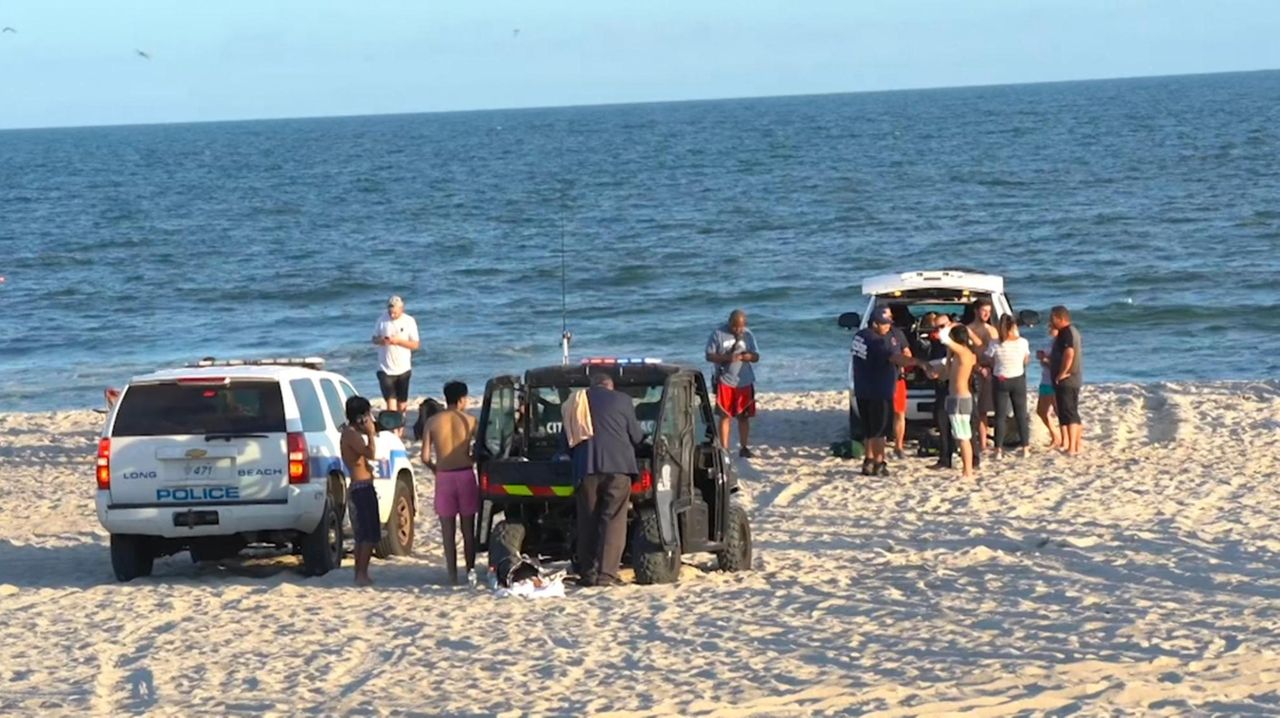 Police said one person died Thursday night and nine others were rescued from the surf off Long Beach. The swimmers had gone into the water after lifeguards went off duty at 6 p.m., Deputy Insp. Richard DePalma said. Credit: Jim Staubitser

One person died Thursday night and nine others were rescued from the surf off Long Beach, police said.

Police pulled an 18-year-old man from the water off Monroe Boulevard about 6:55 p.m., Deputy Insp. Richard DePalma said. The man, who appeared to be in cardiac arrest from nearly drowning, later died and a cause of death is under investigation. His name was not released.

Police had initially received a 911 call about three swimmers struggling in the water off the beach. The swimmers had gone into the water after lifeguards went off duty at 6 p.m., DePalma said.

Paramedics and firefighters with Island Park, Point Lookout and Lido Beach took five people to nearby hospitals and assisted the city with additional emergency calls. The other swimmers were treated and released, officials said.