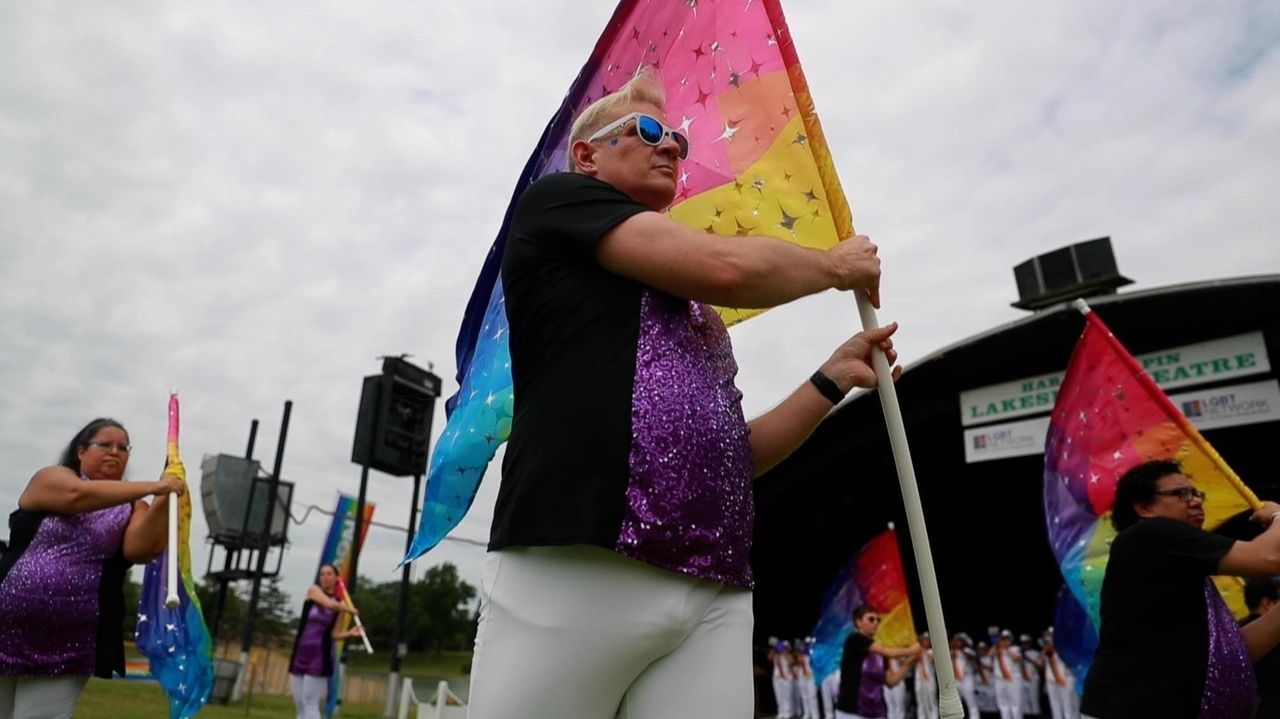 Geeta Citygirl of Westbury said it was important — after 15 months of social isolation and restrictions brought on by the COVID-19 pandemic — for her to celebrate the 31st annual Long Island Pride festival with her 9-year-old daughter Avana Grace Sharma.

The theme of Sunday’s event at Eisenhower Park in East Meadow was "Together Again," and Citygirl said she wanted Avana — dressed in rainbow attire and glittery heart-shaped glasses — to meet her extended community.

Approximately 3,000 LGBTQ members and supporters gathered at Long Island Pride for an afternoon of music, sunshine and solidarity. The mood was light, the smiles were broad and the hugs were genuine as friends reconnected after nearly a year and a half of disease and grief.

"We needed this," said David Kilmnick, chief executive officer of the LGBT Network, the event’s organizer. "After a year of being apart, it is great to be together again."

Food trucks in a semicircle around the park’s Harry Chapin Lakeside Theatre sold pizza, burgers, ice cream and other treats, while bands and performers provided the tunes from the stage. The headliner, Almost Queen, promised "We Will Rock You," and then delivered by launching into the biggest hits of Freddie Mercury’s old band as a crowd hungry for live music danced and cheered.

Robin Tierney of Massapequa, who attended the festival with her mother Joy Mandel, said it was important for her to celebrate Pride to support her two gay sons. Mandel said it has been thrilling to see prejudice against the LGBTQ community whittled away.

"It’s about love, it’s not about who you love," Tierney said.

Sherri Glock of Nesconset and Janet Ambrosio of Northport manned the booth Free Mom Hugs, a national organization founded to support the LGBTQ community that has about 150 members on Long Island. Both seemed delighted to talk to people in person instead of through Zoom. "It is wonderful to interact with all these people," Glock said.

"This is the first time we are holding this in a county facility," Curran said. "It’s been in different places in different municipalities and I’m so proud, no pun intended, that we can actually host this right here in Eisenhower Park."

The elected official who got the most applause, however, was New York Attorney General Letitia James, who reminded the crowd that Saturday was the fifth anniversary of the mass shooting at Pulse, a gay nightclub in Orlando. James, invoking the 49 people killed that day, vowed to fight for gun reform.

"We accept everyone," James said to cheers. "Diversity is our strength. More importantly, love will conquer hate."

Jelani Reign of Queens, who came to Long Island Pride with his friend Kaitlyn Russo of Farmingdale, said it was important to bring comfort to those who may feel ostracized because of their sexuality or gender.

Why LI Pride groups welcome cops banned from NYC eventsOn Long Island, police are invited to recruit among Pride celebrants. It's a reflection of a city-versus-suburbs divide in attitudes toward police.