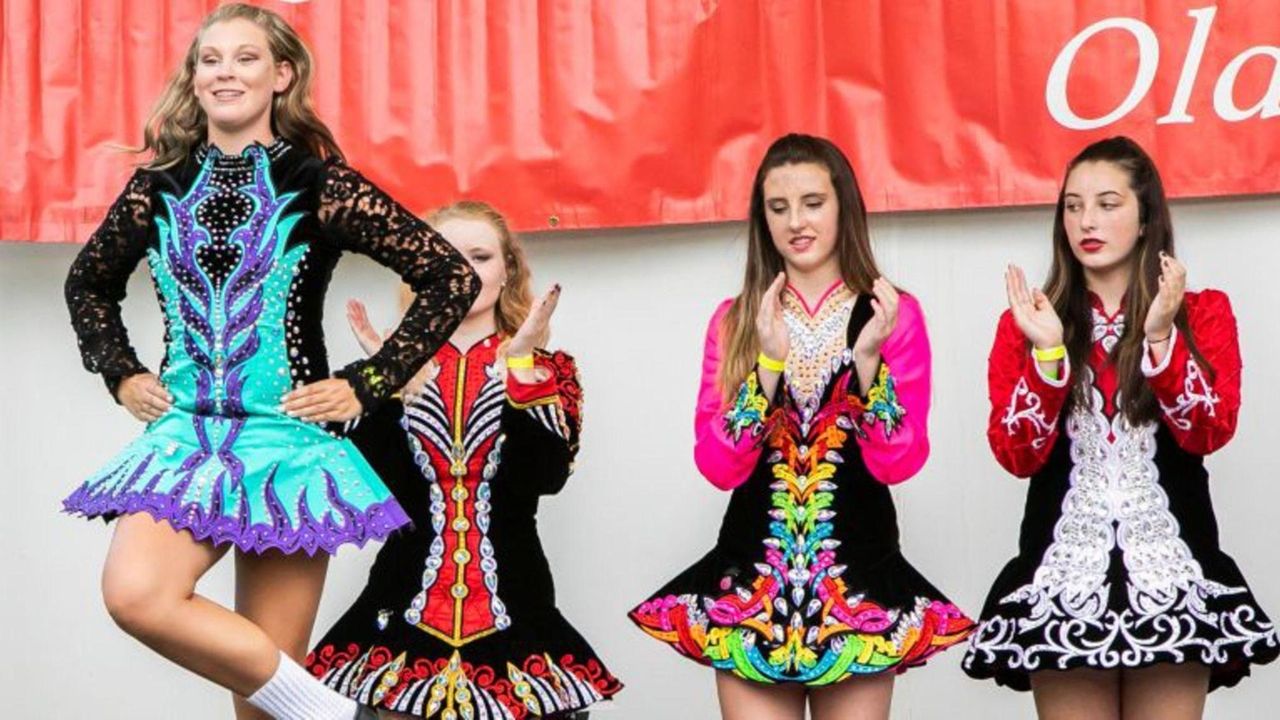 The 58th Scottish Festival and Highland Games drew a few thousand people to Old Westbury Gardens Saturday for a day of fun and games for all ages. There was Scottish music and dancers, many in kilts, on separate main stages and more than a dozen vendors selling food, clothing and merchandise at the sprawling estate.  Credit: Marisol Diaz-Gordon

There was no shortage of step dancers, tartan skirts or shepherd’s pie at Old Westbury Gardens Saturday, where a few thousand people attended the 58th Scottish Festival and Highland Games.

The daylong festival featured Scottish music and dancers, many clad in kilts, on separate main stages and more than a dozen vendors selling food, clothing and merchandise at the sprawling estate. It also featured games for all ages.

Michele Daly, 38, of Smithtown, visited the grounds with her entire family, including her four children: 6-year-old twins Liam and Kara, Megan, 9, and Ryan, 3. All four kids competed for medals in the tug of war, potato sack and speed races in their age groups Saturday morning.

Daly’s mother, Janet Baillet, 69, of Selden, who is of Scottish descent, and father, Bob Baillet, 74, were also there to cheer on their grandchildren and be stirred by the sounds of the bagpipes throughout the festival. Daly said her family has attended the event in the past and always enjoy it. This year’s trip had significant meaning for Megan.

“My older one just had to do a heritage project at school,” Daly said. “She chose Scotland, so she’s so excited that we came to see what she researched for school.”

The first festival was held in 1960 by a group of Scottish Long Islanders who referred to themselves as the Association of Scottish Clans, according to Andrew McInnes, who helped organize this year’s event. McInnes, 73, of Mineola, is the chief of the Clan MacDuff. The celebration moved as it got bigger and has been held at Old Westbury Gardens since at least the 1970s, he said.

While many who turn out each year are of Scottish ancestry, the event continues to attract a great number of people and families who are simply curious about the culture and interested in enjoying a summer day at a historic site.

Carlos Luna, 51, and his wife, Jessica, 47, of East Meadow, were among that population Saturday. The couple said they have been to the festival about eight times.

“It’s a nice vibe and we really do like it,” Jessica Luna said.

The festival has allowed the couple to learn a little bit about Scottish culture at each go-round. The pair made it a priority to try signature dishes such as Scottish pie and steak and ale before heading home.

And the estate itself — a 200-acre plot that includes gardens, woodlands and open landscaped grounds — is an attraction on its own, the Lunas said.

“It takes you away from everything else,” Jessica Luna said. “It’s a little taste of Scotland on Old Westbury grounds.”

For others, like Melissa Edwards, 33, of Cliffwood, New Jersey, and Lisa Zgutowicz, of Ridge, the festival was a test of their strength — literally. Both women competed in the putting of the stone and caber toss contests alongside their friends Cait Dunn, 31, of Waterbury, Connecticut, and Lauren Cox, 32, of Medford.

Edwards placed first in one of the stone competitions. She threw a 10 pound stone 28 feet and 1 inch to earn the distinction.

The caber toss contest is the marquee event each year, said Dan Dillon, 52, of Mineola, who has overseen the Highland Games for at least 10 years. The caber toss required participants to throw a pole that is 16 to 22 feet high and 60 to 120 pounds. There were separate contests for men and women. This contest continues to gain traction among female contenders and spectators alike, Dillon said.

This came as no surprise to Edwards, who competes regularly in strength sports.

“To be honest, I think we draw more crowd attention,” Edwards said. “And I think we empower women.”