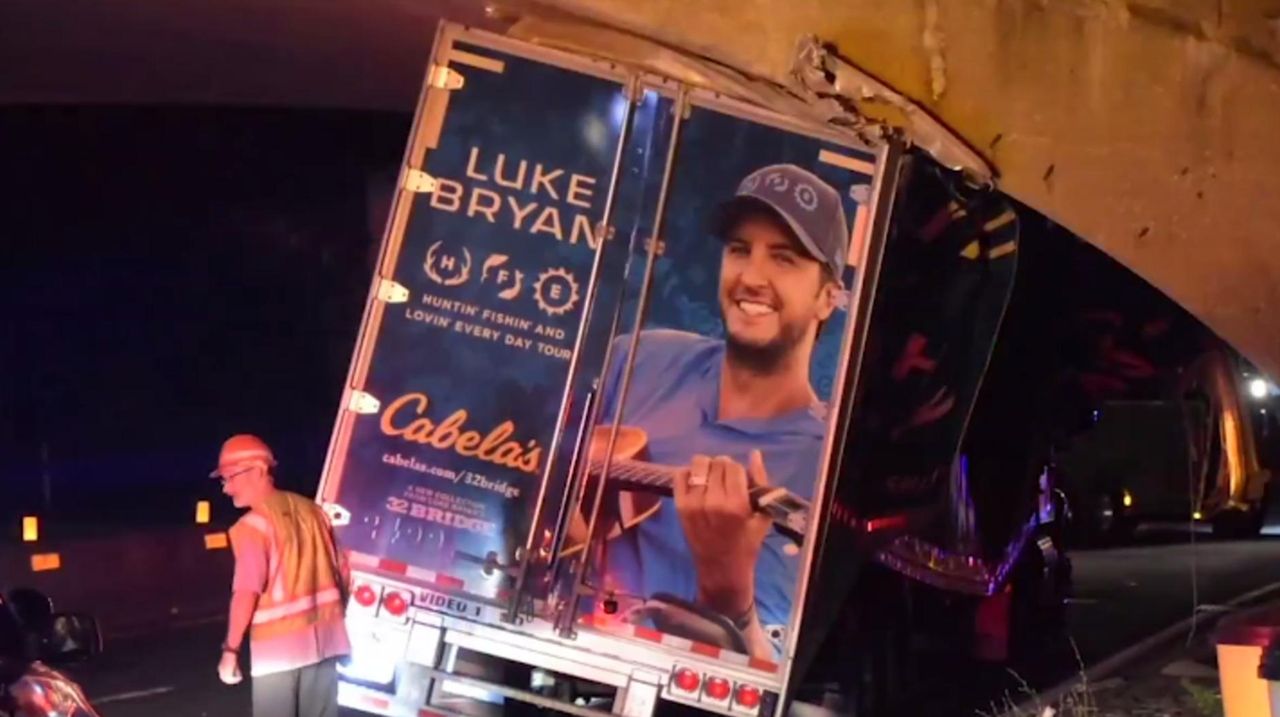 A tractor trailer carrying equipment for the Luke Bryan tour became wedged under an overpass as it drove on the northbound Wantagh State Parkway at Sunrise Highway about 2:30 a.m. Monday, Aug. 28, 2017. Credit: Paul Mazza

Chances are this wasn’t what country singer Luke Bryan meant when he sang, “Crash My Party” or “That’s My Kind of Night.” That’s because State Police said a tractor trailer involved with the singer’s “Huntin’ Fishin’ and Lovin’ Every Day Tour” smacked into the Sunrise Highway overpass on the Wantagh State Parkway in Wantagh early Monday — hours after he performed at a show at Northwell Health at Jones Beach Theater.

Photos from the scene show the truck, plastered with Bryan’s smiling face, wedged under the overpass just south of the exit ramp leading to westbound Sunrise Highway.

Police said the incident occurred about 2:30 a.m. and closed at least two lanes of the northbound Wantagh for cleanup and removal until about 6:50 a.m.

No one was injured, police said, and the investigation is continuing.

It is illegal to drive a tractor trailer — or, any commercial vehicle — on a parkway without special permission.

All tractor trailers leaving Jones Beach must exit at Sunrise Highway, a State Police spokesman said, so Bryan’s driver was ticketed for failing to obey a traffic control device, which in this case was the sign directing trucks to get onto Sunrise.