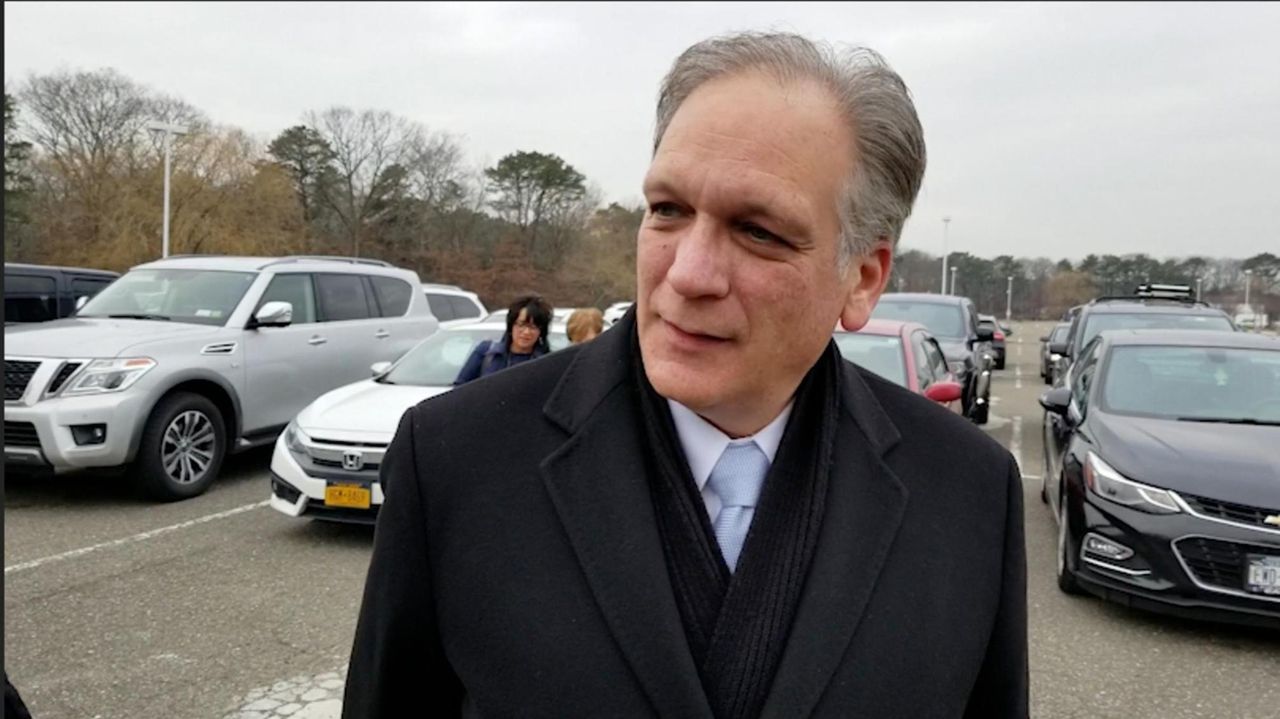 The retrial of former Nassau County Executive Edward Mangano and his wife, Linda, on corruption charges got underway Wednesday with jury selection.

Eighty-nine potential jurors were questioned by U.S. District Judge Joan Azrack in Central Islip, and she and attorneys from both sides cut the pool down to 42 men and women from Queens, Brooklyn, Nassau and Suffolk. From those who remain, attorneys will pick a 12-member jury and six alternates Thursday morning.

"I'd rather not be here," Mangano said as he walked into the courthouse, but he added: "I always feel confident."

Although many potential jurors were excused for typical reasons such as financial hardship or child care issues, some were let go because they expressed hostility toward Edward Mangano. One woman from Garden City told Azrack: “I don’t know if I can be fair. I believe he’s guilty.”

The trial is expected to last five to seven weeks, according to an extensive questionnaire potential jurors filled out. But the estimate for the first trial on these charges was eight weeks, and that trial stretched to 12 weeks.

The previous trial of the Manganos, along with former Town of Oyster Bay Supervisor John Venditto, ended in May. Venditto was acquitted of all charges against him, but jurors could not reach verdicts on the Manganos, resulting in a mistrial.

As the court day got underway, Azrack told lawyers she would rule Thursday on a pending motion by Edward Mangano's attorney, Kevin Keating of Garden City, to dismiss all the charges because of what he said was extensive prosecutorial misconduct before, during and after the first trial. He accused them of withholding evidence and concealing witnesses that were favorable to the defense. Prosecutors said they acted properly.

Azrack also said she would dismiss three potential jurors who had made the trek from Staten Island to take part, because of the length of this trial. Assistant U.S. Attorney Catherine Mirabile said a Staten Island juror had taken part in a nine-month trial in recent years, but Azrack was unmoved.

"That juror deserves a medal," she said.

Azrack also adjusted the way she questioned jurors. Last time, she questioned them while they were all together and asked each of them for public figures they admired. That led to a sameness of answers — many jurors saying they admired Oprah Winfrey — that Azrack hoped to avoid this time by questioning potential jurors one at a time in the ninth floor courtroom.

One man found himself excused after he told the judge that his brother-in-law and that man's father both worked for Nassau County and had "pretty strong [unfavorable] opinions regarding Mr. Mangano," even though he said he could disregard those opinions.

A woman from Amityville was excused after she said her main impression of Nassau County was that "the roads are terrible."

A New York City Transit train cleaner who lives in Ridgewood, Queens, said she would have trouble being fair and impartial to witnesses who have cooperation agreements with prosecutors. Several witnesses — particularly the key witness, Mangano's former longtime friend Harendra Singh — have such agreements.

"If they did a crime, they should do some kind of time," the woman said.

Opening statements in the trial are scheduled for Tuesday. The Manganos are being retried on the same charges they faced last year.

Singh, who has pleaded guilty to bribery, testified that he lavished gifts and vacations on the Manganos in return for favorable official action. Mangano's defense argued that the gifts were expressions of a decadeslong friendship and were not bribes.