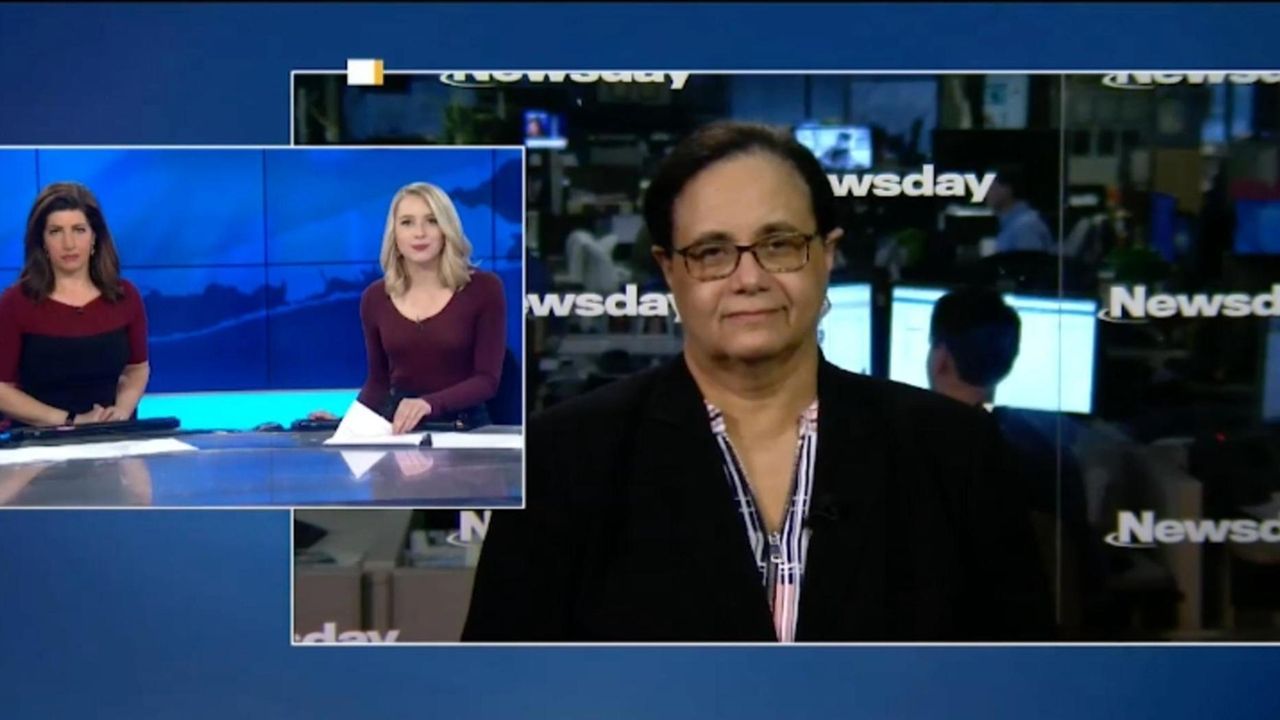 Frederick Mei, a former Oyster Bay deputy town attorney, admitted Monday to taking bribes from restaurateur Harendra Singh and another contractor as part of what he described as the "pay-to-play nature" of conducting business in the Republican-controlled town. And on Monday night, Newsday's Joye Brown appeared on News 12 to share her inside-the-courtroom perspective. Credit: News 12 Long Island

Frederick Mei, a former Oyster Bay deputy town attorney, admitted Monday to taking bribes from restaurateur Harendra Singh and another contractor as part of what he described as the “pay-to-play nature” of conducting business in the Republican-controlled town.

Mei responded: “To me, it’s a phrase used to discuss the pay-to-play nature of the town.”

Mei, who pleaded guilty to accepting bribes from Singh in exchange for helping him secure town-guaranteed loans, said the GOP wielded outsized influence in Oyster Bay.

Power on Trial: Mei tells how the system works

A job candidate has to — at a minimum — be a registered Republican to get one of the approximately 1,100 posts with the town and they have to go to GOP fundraisers, Mei said.

“Pretty much do whatever you have to do in furtherance of the Republican Party,” Mei said.

His testimony recalled similar testimony four weeks ago from Singh, who said he learned early in his career to join the “club” of local Republicans for his restaurants to thrive.

Singh knew more than most how to get what he needed, Mei said. He was “spreading money around” and giving free meals to officials, Mei said.

“You could say he almost had keys to the town,” Mei said.

Singh, 59, of Laurel Hollow, has testified that he provided Mangano and Venditto with perks including free meals, free vacations for Mangano, a no-show job for Mangano’s wife, Linda, that paid a total $450,000 and free limousine services for Venditto, his aides, his family members and their guests.

Mangano, 56, of Bethpage, and Venditto, 68, of North Massapequa, face charges including conspiracy to commit federal program bribery and honest-services wire fraud, extortion for Mangano and securities fraud for Venditto.

Linda Mangano, 54, of Bethpage is charged with conspiracy to obstruct justice, obstruction of justice and making false statements to the FBI.

Their corruption trial is in its sixth week in Central Islip.

Mei, 58, of Bayville, like Singh, took a plea deal and is cooperating with prosecutors.

Mei wore an FBI wire for several months and some of the conversations he secretly captured have played in court.

Gatz asked Mei if he was aware of who else in town government got gifts or favors from Singh. Mei said Singh told him that he paid for fishing trips for Rich Betz, commissioner of parks and then public works, and let him eat for free at his restaurants; Mei said Singh told him he built John Venditto a conference room in the basement of H.R. Singletons in Bethpage, Singh’s flagship restaurant. Singh said he also provided Venditto with free car service, he said. Mei also testified Singh told him town board member Anthony Macagnone got a discounted wedding at the Woodlands, as well as town board member Joseph Muscarella. Mei also said Singh told him Nassau Republican Chairman Joseph Mondello received two discounted weddings, and deputy town supervisor Leonard Genova got car service for himself and family.

As Mei testified about each town officials he said received favors from Singh, Gatz put up a photo of that person on the screen for jurors.

Mei said Monday that he rarely interacted with Venditto in the 17 years that he served as deputy town attorney and Venditto served as town supervisor.

But Mei said it was always clear to him that the instruction and direction to help Singh, whether it was securing a contract to be a town concessionaire in 2000 or finding a way to guarantee his loan in 2010, came straight from Venditto.

Mei said that in early 2010, he and Singh met with Genova at Town Hall to discuss whether Oyster Bay could guarantee loans so Singh could get financing.

“He said John Venditto wanted to help H. Singh,” Mei said of Genova, using Singh’s nickname. “I was supposed to find a way to assist H. Singh in finding financing.”

Mei said he had no authority to help Singh get backing from the town on his own.

“It was John Venditto through Len Genova,” he said.

That began weeks of communication with the town’s outside counsel, Jonathan Sinnreich, who objected to the possibility of the town guaranteeing loans for Singh.

Treinis Gatz asked what authority Sinnreich had as the town’s outside counsel.

“Are you the decision maker?” Treinis Gatz said.

“Who is the decision-maker in the town?” Treinis Gatz asked.

Venditto’s defense attorney, Marc Agnifilo of Manhattan, after court noted that Mei and Singh have testified that a Singh employee forged Venditto’s signature on loan documents.

He called his client a “crime victim” and said of Mei and Singh: “There’s no honor among thieves.”

In court, Mei testified that it was Venditto who chaired an April 28, 2010 meeting that dealt with the town potentially guaranteeing loans for Singh.

Treinis Gatz asked him why Mangano was at the meeting.

“My understanding was to bring political clout to H’s request to have his loans guaranteed by the town,” Mei replied.

Mei said that he first took a bribe from Singh in 2005.

Singh had said he would “pay for hotels for part of my trip” to Italy, Mei said.

Mei also said the very first time he took a bribe as a government official was in 1995, when he accepted a set of new car tires and then $2,500 in cash from a town contractor named Joe Rutigliano.

Monday afternoon, Mei testified that he was the one who wrote an opinion letter to Madison National Bank before Singh’s $1.5 million line of credit from the bank closed.

He said he had joked with Singh about the fact that other attorneys in the deal would make money on the closing.

“My intention was to see if H was willing to give me money,” Mei testified.

Treinis Gatz asked Mei why he accepted the money.

“My loyalties were with the town,” he said. “But perhaps I had mixed loyalties.”