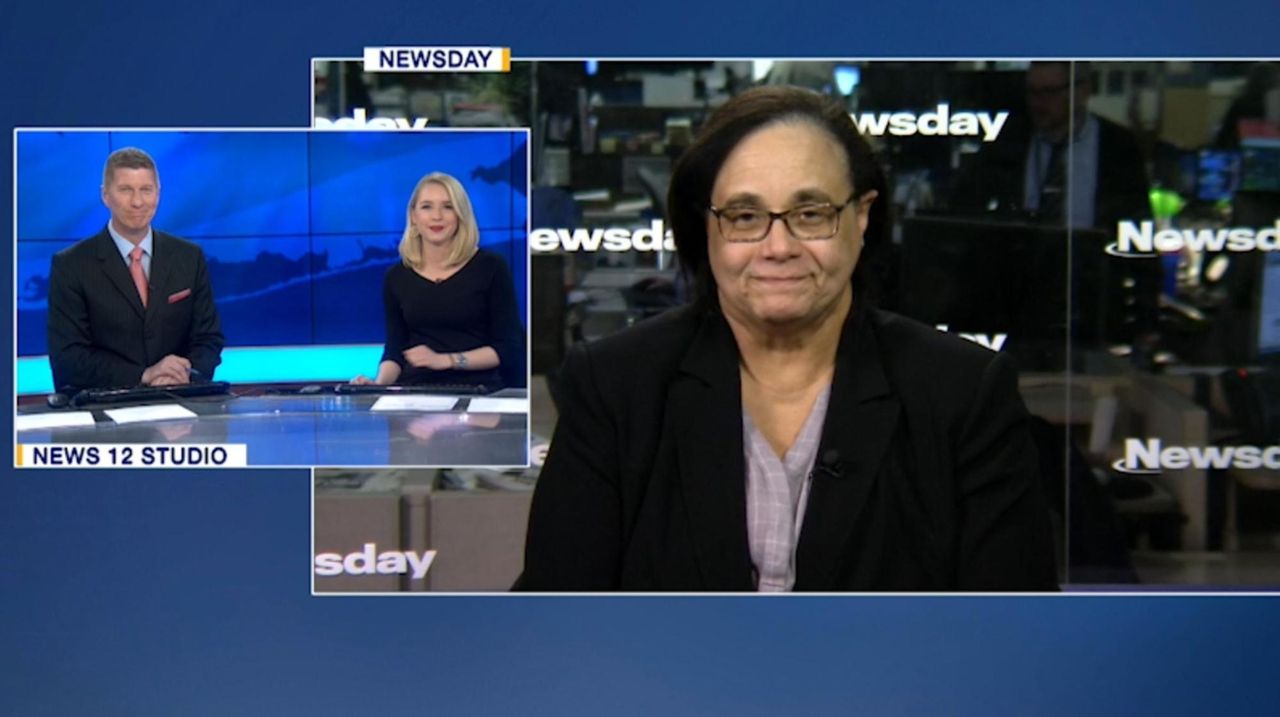 As Long Island reeled in October 2012 from the devastation of superstorm Sandy, restaurateur Harendra Singh was awarded an emergency, no-bid contract to supply four meals a day to the 400 workers with Nassau County’s Office of Emergency Management, he testified Tuesday.

For the rank-and-file, it was “chicken and pasta or sliced London broil or some other beef,” Singh said.

But for the VIPs, including then-Nassau County Executive Edward Mangano and then-County Sheriff Michael Sposato, it was “special food,” he said. “Steak and shrimp and veal.”

Singh, on the stand for prosecutors in the federal corruption trial of Mangano, his wife Linda, and former Oyster Bay Town Supervisor John Venditto, had said Thursday that he learned early in his career to ingratiate himself with local political club leaders in order to grow his businesses.

He detailed Tuesday how he often did so through their stomachs.

Assistant U.S. Attorney Catherine Mirabile displayed for the jury in Central Islip text messages between Singh and Sposato, whom Singh had called “Big Mike” in an email.

In one text, Singh promises Sposato veal Milanese and chicken parmigiana “for you and the man,” meaning Mangano.

“Did you bring shrimp?” Sposato asks in another exchange.

Singh, 59, of Laurel Hollow, pleaded guilty to bribing Mangano and Venditto with perks including free meals at his restaurants, a $7,300 luxury watch for one of Mangano’s sons and a $100,000-a-year, no-show job for Mangano’s wife, Linda.

He said he did so in exchange for lucrative county contracts and millions in indirect loan guarantees by the town.

The three have pleaded not guilty, and their attorneys have attacked Singh’s credibility as the government’s key witness.

“He is aptly named,” said Linda Mangano’s lawyer, John Carman of Garden City. “Facing 30 years to life, Harendra has a lot of singing to do.”

Singh, for all his discussion of taking advantage of FEMA aid, was charged before his plea deal with fraudulently obtaining federal disaster relief funds by filing fraudulent documents and invoices. He acknowledged the crime Tuesday.

Earlier in the day, he testified to paving his way to a $200,000 bread-and-rolls contract at the county jail by using his clout with Mangano and pancakes with Sposato at the IHOP in Hicksville.

Sposato — then an interim sheriff appointed by Mangano’s Democratic predecessor, Thomas Suozzi, and seeking to keep his job with the change in administration in 2010 — asked Singh to vouch for him with Mangano, Singh said. In turn, Sposato helped finalize the contract for Singh, Singh said.

Singh testified that he also gave the sheriff an iPhone.

In one of the trial’s lighter moments so far, Mirabile asked Singh why IHOP was a frequent meeting spot for his meetings with Sposato, whose photo filled a screen in the courtroom.

“It was convenient for the sheriff, and he liked a pancake,” Singh said to laughter.

Displayed on the screen for jurors earlier Tuesday was a concessions agreement featuring a Venditto signature that Singh said one of his employees had forged.

Singh in 2014 was negotiating with Oyster Bay for another food concession contract, this one at Tappen Beach in Sea Cliff. He said he knew he needed to get loan guarantees from the town to arrange funding to make improvements.

According to the witness, Mei brought the documents to Singh’s flagship restaurant, H.R. Singletons in Bethpage, without the necessary loan guarantee language, but instead of driving back to town hall for new paperwork signed by Venditto and Nocerino, Mei added the language there and urged Singh to get someone to sign for the town officials.

Mei, who pleaded guilty to taking bribes from Singh, is expected to be another prosecution witness.

Singh also said Tuesday that he purchased a $3,623 massage chair in September 2012 and had it delivered to Mangano with a happy birthday note — despite the fact that Mangano’s birthday is in March.

“We didn’t want anyone to know that this was a quid pro quo,” he said, calling the chair part of “doing business with Nassau County.”

Then, in November 2012, as he was providing meals to county emergency workers, Singh said he bought a $7,300 watch for Mangano’s son as a means of bribing the executive.

Singh testified that he got a call from Mangano, who said Sal Mangano was turning 21 and he wanted to buy him a watch for between $2,500 and $3,500. Singh said he interpreted the conversation as a request for him to buy the watch.

Though Edward Mangano gave Singh $2,500 in cash for the watch, Sal Mangano texted Singh a request for a Panerai Luminor model, which would cost nearly $5,000 more.

“Just buy the watch for him,” Mangano told Singh, according to his testimony. Singh made the purchase on Nov. 9, 2012 and had the watch shipped overnight to the Mangano home.

The trial is scheduled to resume Thursday as Eastern District courts are closed Wednesday for expected bad weather.

Power on Trial: Pancakes, bread and contractsThe dough also risesJudging from the legion of schedule and calendar entries, texts and emails ... Who’s who in the trialKey figures in the ongoing political corruption trial of former Nassau County Executive Edward Mangano, his wife, Linda, and former Town of Oyster Bay Supervisor John Venditto. Singh saw Mangano as business ‘connection’ Harendra Singh testified against Edward Mangano as a "connection" who would help his businesses flourish. Feds: Singh laundered money for ManganoMoney laundering was among the many favors that Harendra Singh performed for former Nassau County ...