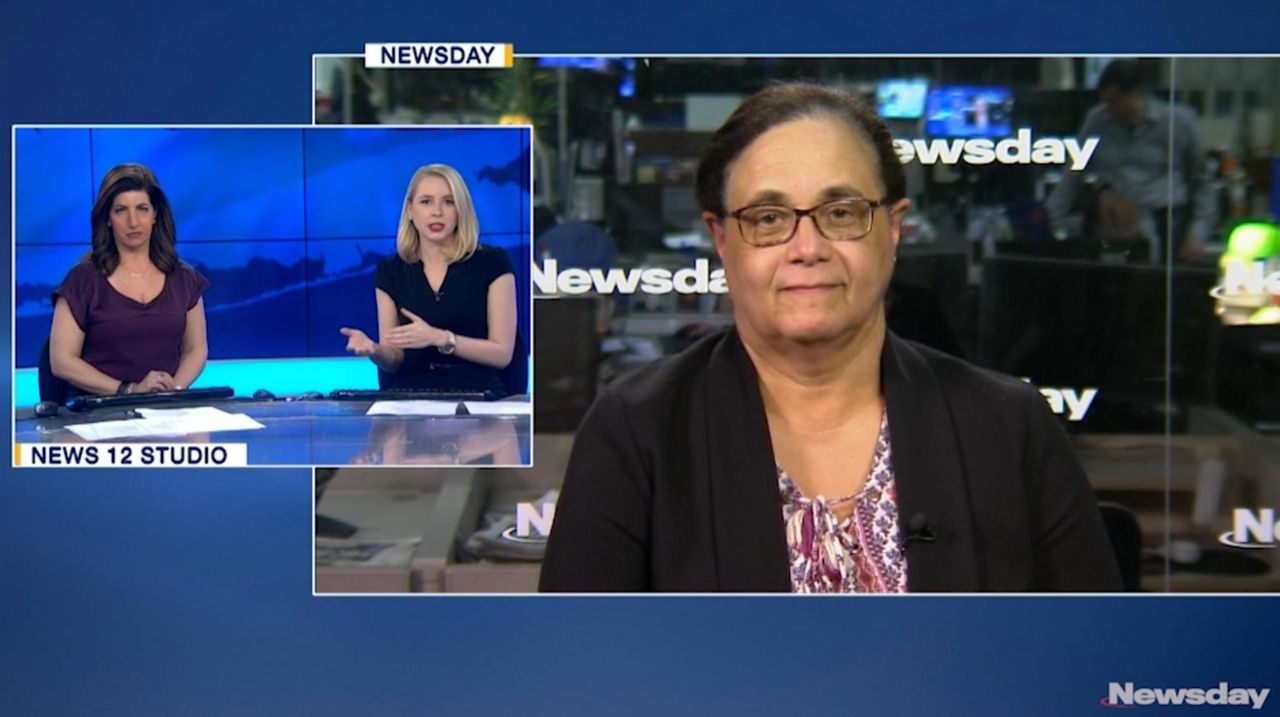 This story was reported by Nicole Fuller, Robert E. Kessler, Emily Ngo and Andrew Smith. It was written by Ngo.

Restaurateur Harendra Singh was explicitly told not to bring gifts to the 2014 and 2015 birthday celebrations of then-Nassau County Executive Edward Mangano, according to text messages presented Tuesday at Mangano’s federal corruption trial.

“No gift, nothing please, just your friendship,” Mangano’s wife, Linda, writes in asking Singh over for cake in 2014.

“My dear, I will be there,” Singh replies.

She also extended an invitation for her husband’s 2015 birthday festivities.

Power on Trial: Scenes from Christiano’s

“It would not be the same without you,” she texts Singh. “But no gift, I will not let you in the door with a gift.”

Edward Mangano’s defense attorney, Kevin Keating of Garden City, with evidence and questioning painted for jurors in Central Islip a portrait of a decades-long friendship between his client and Singh, who pleaded guilty to bribing Mangano and is testifying against him.

Singh, in five days on the stand for the government, had detailed how he showered Mangano, former Oyster Bay Town Supervisor John Venditto and other officials with perks in exchange for inroads for his businesses.

Throughout his cross-examination of Singh, Keating repeatedly suggested reasons other than bribery for why Singh may have bought gifts for the Manganos. In numerous instances, Keating noted that Singh bought gifts for others without expectation of official action.

Keating noted that Mangano’s campaign could have and did buy furniture for his county executive office, so there was no need for Singh to buy a special chair. He noted that Singh hired Linda Mangano the same week he set up a consulting company that he hoped would get county business, yet the company never got a single county contract.

Singh said Tuesday that he interpreted Linda Mangano’s March 2014 text as an acknowledgment he already had given her family presents and was paying her for a no-show job.

“She was saying, you have done enough,” Singh said.

Keating showed Singh was close to Mangano long before he took office as the county’s top elected official.

Mangano was one of the first three nonfamily members Singh called to announce the 1996 birth of his first son, Singh said. Mangano was among “my three best friends,” Singh said.

Linda Mangano began crying at the mention, dabbing her eyes with tissues. Edward Mangano patted her back.

Mangano, 56, of Bethpage, and Venditto, 68, of North Massapequa, face charges that include conspiracy to commit federal program bribery and honest services wire fraud. Linda Mangano, 54, of Bethpage, faces charges including conspiracy to obstruct justice. The three, who are standing trial together, have pleaded not guilty.

Singh, 59, of Laurel Hollow, pleaded guilty to bribing Edward Mangano and Venditto with perks that included free meals at his restaurants, free limousine service for Venditto and the no-show job for Linda Mangano that totaled $450,000 in pay. Singh said that, in exchange, he received lucrative county contracts and millions of dollars in town-guaranteed loans.

Singh, under questioning by prosecutors, had testified that he purchased a $3,000 Brookstone massage chair in September 2012 and sent it with a birthday note to Edward Mangano, whose actual birthday is in March. The birthday message was to avoid the appearance of a “quid pro quo,” Singh had said.

Keating on Tuesday presented for Singh a bill for a fundraiser held in September 2012 at Singh’s riverfront Water’s Edge restaurant in Queens to celebrate Mangano’s 50th birthday.

Keating challenged Singh on the timing.

“You will answer my questions,” Keating replied.

Singh told Keating he was aware of the fundraiser and attended it but did not organize it.

Keating showed that the event contract included notes that read “per Mr. H,” “Mr. H is fine with it” and “Per Mr. H, do not order a lot of desserts” — all references to Singh.

The defense attorney sought to highlight other inconsistencies or contradictions in Singh’s statements.

Singh last week said he purchased a $7,300 watch for Mangano’s son Sal, at Mangano’s direction, but never bought a watch worth more than $395 for himself.

Keating showed that Singh splurged in other ways.

Singh said he bought his Laurel Hollow home for $1.675 million in 2006, knocked it down and built a $1.5 million home in its place — with six bedrooms and seven bathrooms.

He said he bought the Water’s Edge in 2008 for $7 million, purchased a Maserati and traveled with his family to India several times and to Hawaii.

Keating also sought to demonstrate that Singh regularly gave meals and discounts without getting anything in return.

Singh had testified to prosecutors that he gave perks to people in power as a means of keeping Mangano in his favor.

But Singh acknowledged Tuesday that Mangano was not county executive when Singh gave Nassau County GOP chairman Joseph Mondello a discount for his daughter’s wedding.

Singh said he “sometimes” gave free meals to now-Nassau County Judge Tim Driscoll, but didn’t get anything in return.

“I didn’t have any hope from Tim Driscoll,” Singh said.

Sal Mangano, employed by Singh as a server and manager, did not get special attention as Singh testified, Keating said, showing jurors an email from Singh to a staff member that read, “Sal Mangano has not worked three days. Please deduct his pay.”

Singh testified that cash from his restaurants often was not declared as income and his Tobay Beach concession took in a higher percentage of cash than his other businesses.

“He was corrupt, correct?” Keating asked of Ippolito.

“I’m not qualified to say that,” Singh answered.

Keating asked Singh about former deputy town attorney Frederick Mei, who has pleaded guilty to taking bribes from Singh and is expected to testify at the trial.

Singh hesitated to call Mei corrupt, but eventually conceded, “If he took the money, I guess you would say he was corrupt.”

Testimony also touched on Singh’s proposed expansion of the mansion on the Oyster Bay Town golf course property where he was concessionaire.

By 2003, Singh had spent some $4.6 million, using a $1.79 million loan from his father’s business, which Singh testified he took out without his father’s knowledge.

“You stole the money from your dad?” Keating asked.

“You can say that,” Singh answered.

“Can you say that?” Keating shot back.

“If you’re saying that, I can say that,” Singh replied.