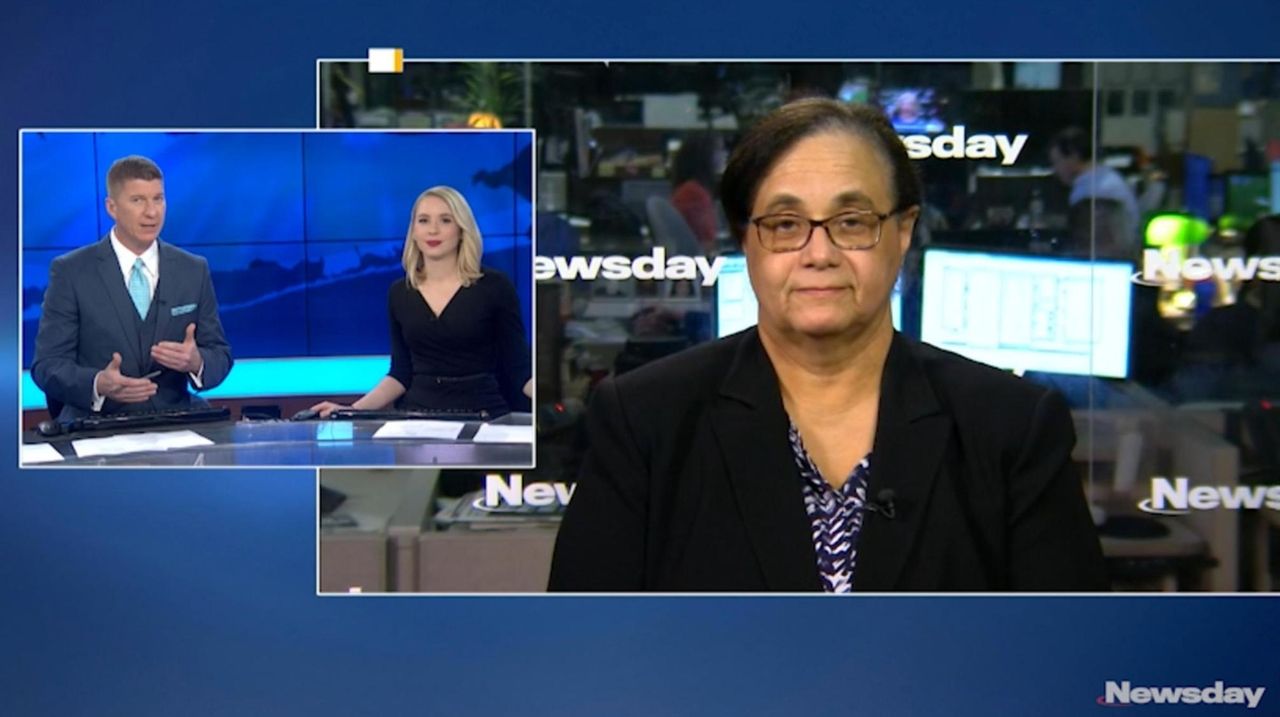 Restaurateur Harendra Singh conceded Tuesday that Linda Mangano, whom he has testified to hiring for a no-show job as a favor to her husband, then-Nassau County Executive Edward Mangano, performed more work than he realized.

Singh, on the stand for the 11th day in Edward Mangano’s federal corruption trial, made the admission under questioning by Linda Mangano’s defense attorney, John Carman, who presented as evidence several email exchanges between his client and Singh employees.

“I have the ability to work on it all weekend,” Linda Mangano writes in an August 2010 email to the general manager of Water’s Edge, a now-shuttered Singh restaurant in Queens, about a new menu flier.

“Anything you need . . . I am your gal,” she writes in April 2011 to the general manager at H.R. Singletons and Tobay Beach — two businesses Singh had in the Town of Oyster Bay — after discussing proofs for new menus.

Power on Trial: Linda Mangano did some work

Singh’s responses to those and other emails included: “I do not recall,” “I had never seen this” and “I had no idea.”

Singh also testified Tuesday that when he huddled with the Manganos in January 2015 to coordinate stories on Linda Mangano’s job after she was interviewed by federal agents: “I was not thinking about obstructing justice. I was thinking about protecting myself and them.”

Linda Mangano’s marketing position is one of several of what Singh says were bribes to Edward Mangano in exchange for hundreds of thousands of dollars in county contracts and millions of dollars in Town of Oyster Bay-guaranteed loans.

Edward Mangano, 56, of Bethpage, and Venditto, 68, of North Massapequa, face charges that include conspiracy to commit federal program bribery and honest-services fraud.

Linda Mangano, 54, also of Bethpage, faces charges including obstruction of justice and making false statements to the FBI.

The three have pleaded not guilty and are standing trial together in Central Islip.

Defense attorneys thus far have attacked Singh’s credibility as a government witness and sought to use his own words against him — in part by playing secretly made recordings in which Singh says he has no story about politicians to share with federal investigators and Mangano gave him “nothing” for gestures such as hiring Linda Mangano.

Singh said in court that he was lying at the time of the recording about what dirt he had on politicians.

On Tuesday, Carman, of Garden City, asked Singh about an October 2015 text message that Carman later told reporters Singh had sent to his attorney at the time, Joseph Conway of Mineola.

Singh testified he believed it was a text to Edward Mangano.

“As you know I have nothing to offer. I can’t lie. If they believe great. If they don’t, I have to put myself in Gods hand,” Singh writes. “It is life and made some mistake for which I will regret rest of my life. I let my friends down, my family down and whole lot of people what a sad story.”

But much of the day’s testimony centered on Linda Mangano’s job with Singh.

Linda Mangano told him in January 2015 that the FBI had asked about the amount of money she was getting paid, Singh said.

She “was working without doing much work” for the “highest income in my company,” Singh said.

Carman asked Singh if he told the Manganos during the meeting: “[Expletive] the FBI. I can pay you whatever I want.”

Carman asked if Singh had an agreement with Linda Mangano to impede the FBI investigation.

“What I had agreed was to tell the story she had repeated to the agents,” Singh said.

“Truth was not a prerequisite?” Carman asked.

“We all knew that she didn’t do much work,” Singh said.

Singh said he had been visiting his close friends three or four times a week but by February, March and April 2015, those drop-ins had dwindled to once a week or not at all.

Carman sought to show that Linda Mangano not only performed tasks for Singh’s restaurants, she also demonstrated initiative.

Correspondences with Joseph Scalice, then the general manager of Water’s Edge, refer to Linda Mangano being present in an office, making calls, getting price quotes and discussing numerous details. Scalice in one email sent to Linda Mangano describes her work on a mailing as “terrific,” “eye-catching and to the point.”

Singh testified that he was a “hands-on” chief executive who regularly visited his restaurants and communicated with their managers, but the emails Carman presented led him to admit he was unaware of Mangano’s workload.

Some of his questions focused on the $1.5 million working capital line of credit that came through for Singh in March 2010 with the Town of Oyster Bay’s guarantee.

In April 2010, the town’s outside counsel, Jonathan Sinnreich, objected to the guarantee, according to a letter presented as evidence.

Singh had testified that the objections were “devastating,” but Agnifilo said they seemed minor: Sinnreich didn’t like how broad the guarantee was and he wanted the line of credit restricted to capital improvements.

“Yes, they do,” Singh agreed, but he insisted: “I understood he was totally opposed to getting the guarantee done.”

“I was not friends with John Venditto,” he said. “We had a business relationship.”

They never visited each other’s homes or vacationed together, Singh said.

Who’s who in the trialKey figures in the ongoing political corruption trial of former Nassau County Executive Edward Mangano, his wife, Linda, and former Town of Oyster Bay Supervisor John Venditto. Singh: I provided Venditto with free luxury ridesThen-Deputy Town Supervisor Leonard Genova also requested rides, which Harendra Singh estimated totaled about 100 in count and $15,000 in cost. Singh: Mangano, VIPs got ‘special’ food for SandyHarendra Singh said in testimony that he obtained a county contract through his friendship with Mangano. Singh saw Mangano as business ‘connection’ Harendra Singh testified against Edward Mangano as a "connection" who would help his businesses flourish.