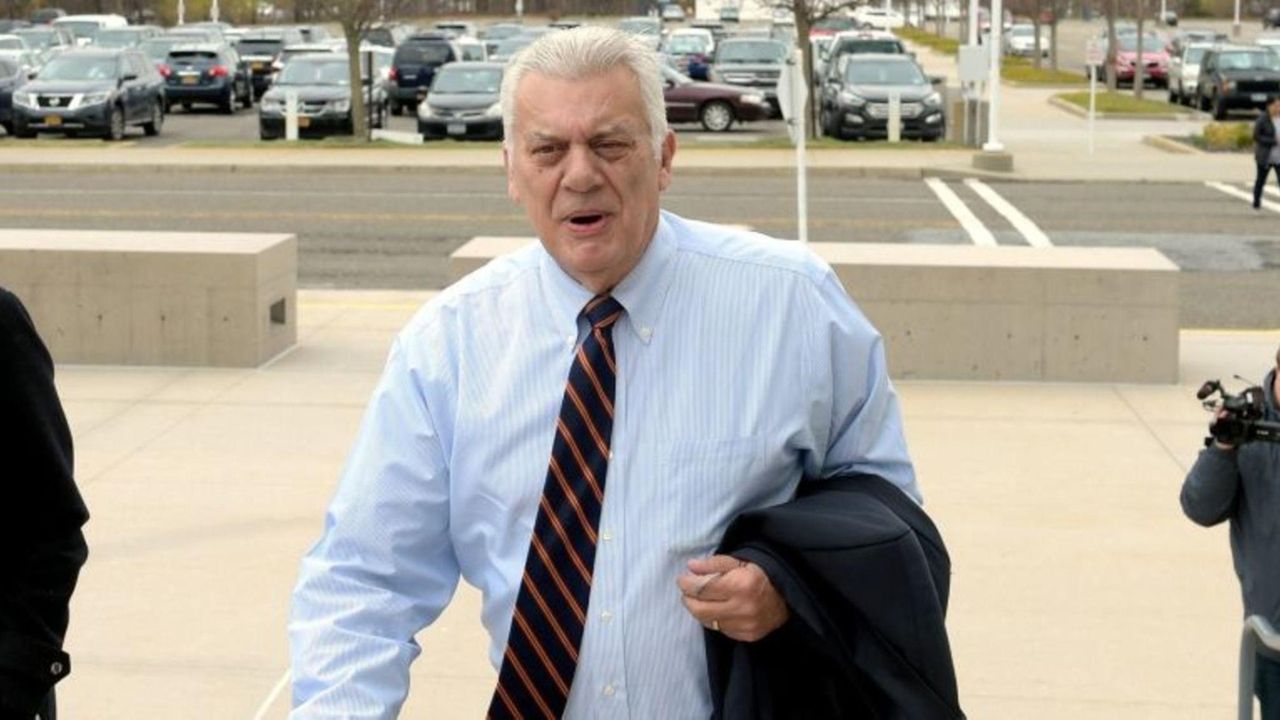 Former Oyster Bay Town Supervisor John Venditto and his deputy Leonard Genova seemed to view being investigated by federal authorities as a "rite of passage" and "not a big deal," former Deputy Town Attorney Frederick Mei testified Tuesday at Venditto's federal corruption trial. Mei pleaded guilty to taking bribes from restaurateur Harendra Singh, who has testified that he bribed Venditto and former Nassau County Executive Edward Mangano, who is also on trial. Newsday's Joye Brown was present at the trial on Tuesday, and appeared on News 12 to provide some analysis. Credit: News 12 Long Island

This story was reported by Nicole Fuller, Robert E. Kessler, Emily Ngo and Andrew Smith. It was written by Ngo.

Mei said he told his bosses, Venditto and Genova, on Sept. 29, 2014, that the FBI interviewed him that morning about restaurateur Harendra Singh’s dealings with the town. “Mr. Venditto and Mr. Genova seemed both to take my visit with the FBI very lightly,” Mei said. “They both seemed to think it was a rite of passage and that being investigated by the FBI is not a big deal.”

Mei pleaded guilty to taking bribes from Singh, who has testified that he bribed Venditto and former Nassau County Executive Edward Mangano.

Venditto, Mangano and Mangano’s wife, Linda, are standing trial together in Central Islip.

Genova, who has immunity in a related U.S. Securities and Exchange Commission fraud case, is expected to testify.

Mei, on the stand for the second day, recounted meeting with Venditto and Genova at Venditto’s North Massapequa campaign headquarters to discuss Mei’s visit by the FBI.

Venditto’s defense attorney, Marc Agnifilo of Manhattan, in his questioning of Mei later Tuesday sought to stress that Mei had initially admitted lying to the FBI and denying he took bribes from Singh.

Mangano’s defense attorney, Kevin Keating of Garden City, said the town-guaranteed loans for Singh that make up the heart of prosecutors’ case against the former elected officials were “all Oyster Bay matters,” not county ones.

Mangano, 56, of Bethpage, and Venditto, 68, of North Massapequa, are fighting charges that include conspiracy to commit federal program bribery and honest-services wire fraud.

Linda Mangano, 54, of Bethpage is charged with conspiracy to obstruct justice, obstruction of justice and making false statements to the FBI.

Singh, 59, of Laurel Hollow, testified in the trial’s first four weeks to providing bribes to Edward Mangano and Venditto that included free meals, free limousine services for Venditto and his inner circle, free vacations for the Mangano family and a no-show job for Linda Mangano paying $450,000.

Singh said that, in return, he got two lucrative county contracts and more than $20 million in town-guaranteed loans.

Mei, 58, of Bayville, wore an FBI wire for several months.

Assistant U.S. Attorney Lara Treinis Gatz asked him Tuesday about a March 2015 conversation with Singh that he secretly captured on the body wire.

Keating, Mangano’s attorney, had played it for jurors more than two weeks ago. In it, Singh is heard telling Mei he got “nothing, nothing” from Mangano in exchange for gestures such as hiring his wife.

Mei said from the stand that the FBI asked him to discuss Mangano with Singh “to find out if Ed Mangano had done anything for H. Singh in connection with the no-show job.”

“He said, ‘No, there was nothing that Ed Mangano had done,’ ” Mei said of Singh.

“Did you believe him?” Treinis Gatz asked.

Mei on Tuesday also said he told the FBI when they interviewed him in September 2014 about the Aug. 28, 2010, meeting with Venditto, Mangano, Singh, Rivkin Radler attorneys and others at Venditto’s campaign headquarters.

The meeting concerned the town guaranteeing loans for Singh, several witnesses have testified.

Mei said he told the FBI agents about Singh’s four loan guarantees and about the involvement of the law firms of Rivkin Radler and Harris Beach in facilitating the loans.

But Mei also admitted making false statements to the FBI.

“Did you tell them that you got anything of value” from Singh? Treinis Gatz asked.

Under questioning later in the day by Agnifilo, Venditto’s attorney, Mei said he had lied because he was “in denial.”

The phrase recalled Singh’s explanation two weeks ago in the trial when asked why he is heard on a wiretapped June 2015 phone call saying he doesn’t have “any story about any politician” to share with federal investigators.

“There was a time when I was trying to protect myself,” Mei said, adding that “in the beginning, I was in denial about the bribes I was taking.”

He said he “was trying to protect elected officials” when he neglected to tell the FBI about Venditto and Genova taking free limousine rides from Singh.

Mei had testified that the documents never left his office and he drew up a brand-new agreement that Genova signed.

But he also admitted it was “possible” that he sent some of the documents to the town clerk’s office.

Meanwhile, Keating suggested that his client, Mangano, and then-Deputy County Executive Rob Walker were in attendance at the April 28, 2010 meeting on Singh’s loans because they were accompanying Venditto afterward to an annual Nassau Republican Party event at a Woodbury country club.

Mei responded that he wasn’t sure if that was the case.

Mei agreed, however, that Mangano said nothing at the meeting on town-guaranteed loans.

“I thought he was there for political clout,” Mei said.

“They were already in, in terms of what they wanted to happen in an appropriate way, right?” Keating asked of town officials.

Walker in February pleaded not guilty in a separate case to federal charges of obstructing justice and lying to FBI agents.

Mei said he is facing 20 years in prison for his crimes and a financial penalty. He testified that the only promise the government has made to him in exchange for his testimony is “a letter to the court detailing my cooperation.”