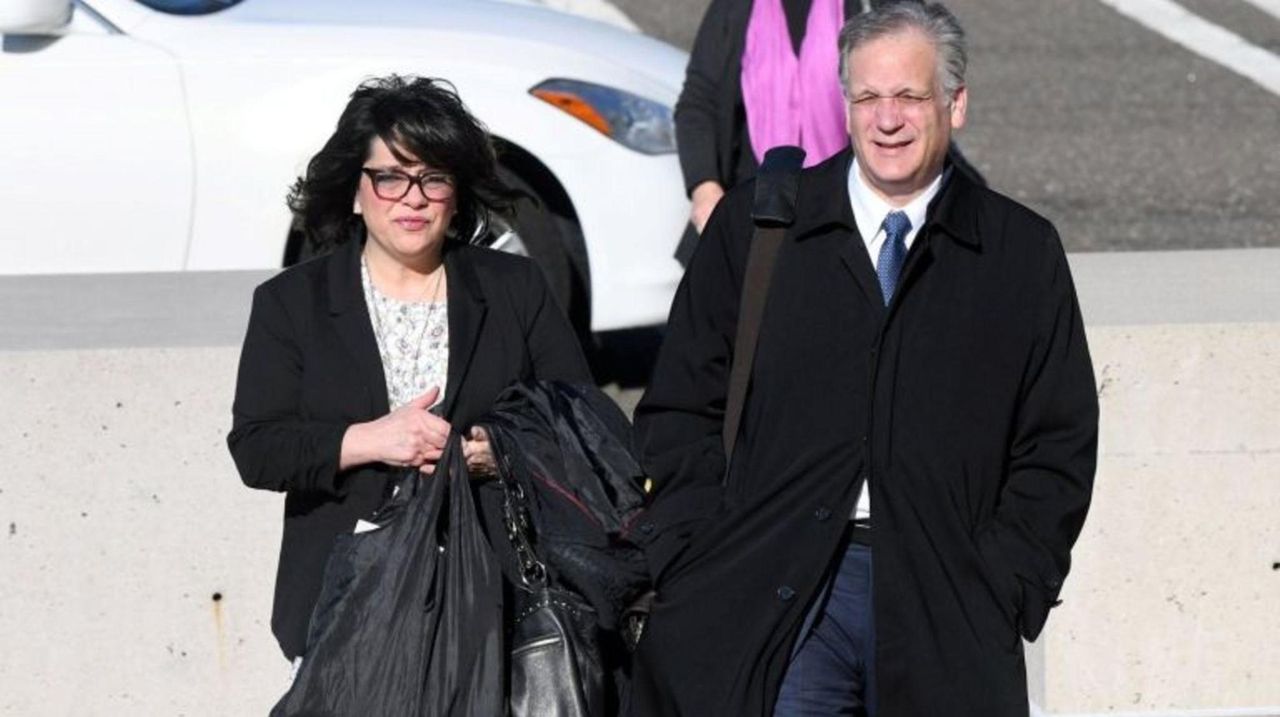 This story was reported by Nicole Fuller, Robert E. Kessler, Bridget Murphy and Andrew Smith. It was written by Smith.

John Maguire said he was set to give the Office of Emergency Management contract to Butch Yamali of Dover Caterers, one of the three qualified bidders on the emergency list, when the former assistant, Laura Munafo, intervened.

“We had a heated exchange,” Maguire said during questioning by Assistant U.S. Attorney Raymond Tierney. “She walked in and said, ‘Who the [expletive] are you to pick the caterer?’”

He said he replied that he didn’t “give a [expletive]” who the caterer was. But he said people were going to be ill if a professional caterer didn’t replace the jail cooks supplying the food who had been seen washing utensils in the men’s room.

Maguire said Munafo then told him “Butch gets enough” and stormed out of his office.

Maguire said he then talked to OEM Commissioner Craig Craft, who told him, “Relax, don’t worry about it.”

Singh, who was not one of the three bidders on the emergency list, ended up with the contract. Singh testified he worked closely with Munafo and county employee Raquel Wolf — a former employee of his — during those days.

Edward Mangano’s wife, Linda, 54, of Bethpage is charged with conspiracy to obstruct justice, obstruction of justice and making false statements to the FBI.

Earlier Monday, one of Singh’s top managers testified about the dismay employees felt when then-Nassau County Executive Mangano walked in the door at one of Singh’s restaurants.

Because Mangano was a friend — and, prosecutors say, a benefactor — to Singh, the pressure to provide the best service when the county executive walked in was significant, said Michael Landesberg, a manager at various Singh properties from 2010 to 2014. But Mangano gave “very little, if any, gratuities” to the wait staff assigned to serve him when he dined for free — so in effect, staff were working harder for less money at such times, he said.

Also Monday, one of Singh’s lenders testified about the steps he took to ensure that Oyster Bay would be on the hook in case Singh defaulted on $11 million in loans (as he did a few years later). The lender, Barry Edelstein of Pennsylvania-based Structured Growth Capital, also said Singh introduced him to Mangano and they discussed funding not only for rejuvenating Nassau Coliseum but also for a possible baseball stadium for the minor league Long Island Ducks, still located across the parking lot from the Central Islip courthouse where the trial is taking place. Neither project went anywhere.

Landesberg testified that he saw Mangano about once a week at restaurants including H.R. Singletons, Chow Down Diner and Besi Pizza, all in Bethpage.

“The staff often did not want to serve him when he came in,” Landesberg said. “Generally Mr. Singh would put a lot of pressure on staff” who served the county executive. Landesberg said he had to “personally bus” Mangano’s table at times.

At the same time, Landesberg said he was surprised to find later that Mangano’s wife, Linda, had a no-show job in the company at a time when it struggled to pay the workers who did show up for work.

Landesberg said he made from $52,000 to $70,000 a year, and like many Singh employees was paid half off and half on the books. He said he had no idea Linda Mangano was working for Singh until he went to pick up paychecks from payroll in 2011 and the woman in charge of payroll began crying.

“She did not have the paychecks for myself and my staff,” Landesberg said. “She started crying . . . She told me Linda Mangano was receiving a paycheck.”

Singh told Landesberg and the staff not to talk about Edward Mangano or other politicians eating for free, he said. “You don’t discuss complimentary meals,” Landesberg said. “He didn’t want people to know.”

Landesberg said he also saw Linda Mangano at the restaurant eating — sometimes with her husband and children.

“Did you ever see her other than when she was eating?” Tierney asked.

“No, I did not,” Landesberg said. In particular, Landesberg said he didn’t see her at various Singh group marketing and advertising meetings, despite her title of director of marketing.

Landesberg, who had a non-prosecution agreement with the government for failing to pay his proper federal taxes from 2012 to 2015, said his goal in testifying is to “comply and tell the truth.”

Venditto’s attorney Marc Agnifilo of Manhattan noted that thanks to the non-prosecution agreement, Landesberg is off the hook for the taxes he didn’t pay on his off-the-books income.

“You’re never going to have to pay those taxes, correct?” Agnifilo asked. Landsberg said that was true because the statute of limitations had expired.

Later, Edelstein told the jury that he checked out Singh thoroughly — and the most crucial thing he found was contract language assuring his company would be paid back by the town if Singh went bust.

And the Coliseum talks eventually “fizzled out” — as did a brief discussion on funding a possible move by the Ducks to Nassau County, he said.

Edelstein testified about working with NDH Capital Corp. to provide financing for Singh on two loans backed by the Town of Oyster Bay. Edelstein said a broker introduced him to Singh and his company in turn introduced Singh to NDH before closing on a $5 million loan in November 2011 for work at the Woodlands and a $6 million loan in 2012 for work at Tobay Beach.

But above all that, Edelstein said his company relied on the language that spelled out that in an event of a loan default, the town would be obligated to make payment to Singh — but the money would flow ultimately to SGC because of an assignment agreement.

He said the town was considered a creditworthy entity, found to be “investment grade” by Wall Street bond-rating agencies. Singh ultimately defaulted on both the NDH loans — and two earlier, town-backed loans — leaving the town vulnerable to paying back the lenders. The town’s credit rating now is one step above junk status.

With the town, Edelstein said his company’s main contact was Frederick Mei, the town’s deputy town attorney, and he met with him six to nine times, starting shortly after visiting the facilities with Singh.

Edelstein said in an August 2011 email to his partner that Mei had said the town board’s vote “is a rubber stamp,” and that Mei said the parks officials and Venditto “have already approved the ‘guarantee.’” Edelstein characterized it as an indirect guarantee. The state constitution bars local governments from lending their credit to private businesses.

Who’s who in the trialKey figures in the ongoing political corruption trial of former Nassau County Executive Edward Mangano, his wife, Linda, and former Town of Oyster Bay Supervisor John Venditto. Nassau corruption trial: Finding an end-aroundTwo lawyers who testified last week had opposing takes on a town loan guarantee for Oyster Bay concessionaire Harendra Singh. Mangano witness: In Oyster Bay, you have to pay to playWhat is "the Oyster Bay way?" Witness: Surprised seeing Mangano at meetingA partner testified that he was surprised to see Nassau County Executive Edward Mangano and Town Supervisor John Venditto at a key 2010 meeting.