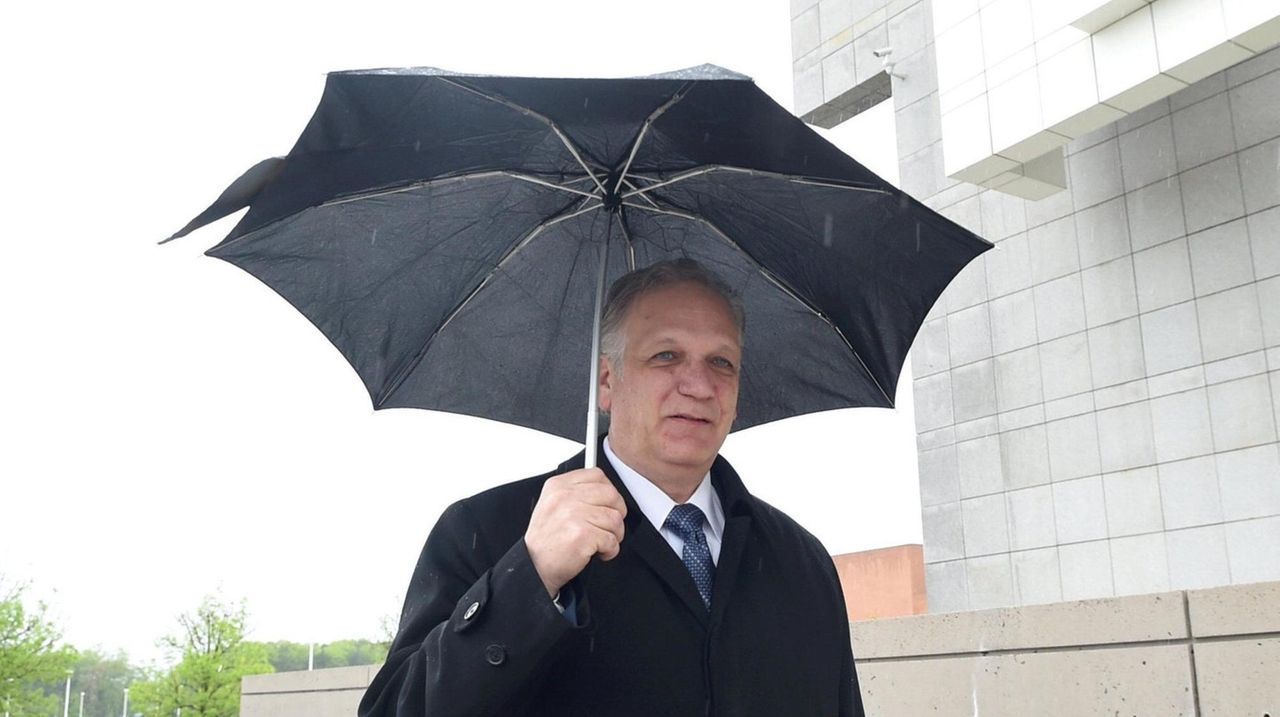 They were set to continue considering the charges on Monday, when the trial begins its 11th week in Central Islip and they are expected to receive information they had requested that relates to the FBI’s interviews of Linda Mangano.

U.S. District Court Judge Joan M. Azrack said she would provide for the deliberations a transcript of the testimony by FBI special agent Laura Spence, who had said Linda Mangano made false statements in FBI interviews about her alleged no-show job with restaurateur Harendra Singh.

The jury of seven women and five men on Friday sent Azrack notes that requested a “cheat sheet” of all the evidence entered over the course of the trial, a 10-minute smoking break and information to review about Linda Mangano.

John Carman of Garden City, who represents Linda Mangano, was absent from court for personal reasons, but weighed in via speakerphone at points throughout the day.

He lodged his objection to the jurors receiving a transcript of Spence’s testimony, but Azrack said she would give it to them after prosecutors and defense attorneys review it.

Carman in his closing argument earlier this week said jurors could not decide whether his client lied to FBI agents as alleged because those agents did not make verbatim notes of Linda Mangano’s statements.

Prosecutors say Singh hired Linda Mangano for a no-show job that paid her $450,000 between 2010 and 2014 as one of several means of bribing Edward Mangano and ensuring the county executive’s help in securing two county contracts and more than $20 million in Oyster Bay-guaranteed loans.

Edward Mangano, 56, of Bethpage, and Venditto, 68, of North Massapequa, are fighting charges that include federal program bribery and honest-services wire fraud.

Venditto additionally is charged with securities fraud and 19 counts of wire fraud related to securities offerings.

The charges against Linda Mangano, 54, of Bethpage, are conspiracy to obstruct justice, obstruction of justice and three counts of making false statements to the FBI.

The Manganos and their legal teams left the courthouse Friday afternoon without commenting.

Venditto’s defense attorney, Marc Agnifilo of Manhattan, said he and his client were “hopeful” that jurors will “work through the evidence and come up with the right result.”

Jurors over the course of the trial have heard testimony from 60 prosecution witnesses, including Singh, and taken in more than 1,100 pieces of evidence.

They formally received the case and the nod to start deliberations at about 10 a.m. Friday after Azrack had instructed them on the charges, count by count, and relayed how they should go about deciding on a verdict.

Prosecutors and defense attorneys earlier that morning had agreed to change an erroneous date in the indictment.

It described Linda Mangano’s last meeting with federal agents as May 24, 2015, but it was actually May 22.

Singh, a former restaurant mogul who also was a close friend to the Manganos, had testified that his bribes to Edward Mangano included free meals, free family vacations to destinations including Florida and the Caribbean and the no-show job for Linda Mangano.

Singh said he bribed Venditto with free meals, use of a conference room and free limousine services for the then-town supervisor, his aides, his family members and their guests.

Defense attorneys have cast Singh as a liar seeking to avoid time behind bars and said prosecutors didn’t present evidence that backed up their charges.