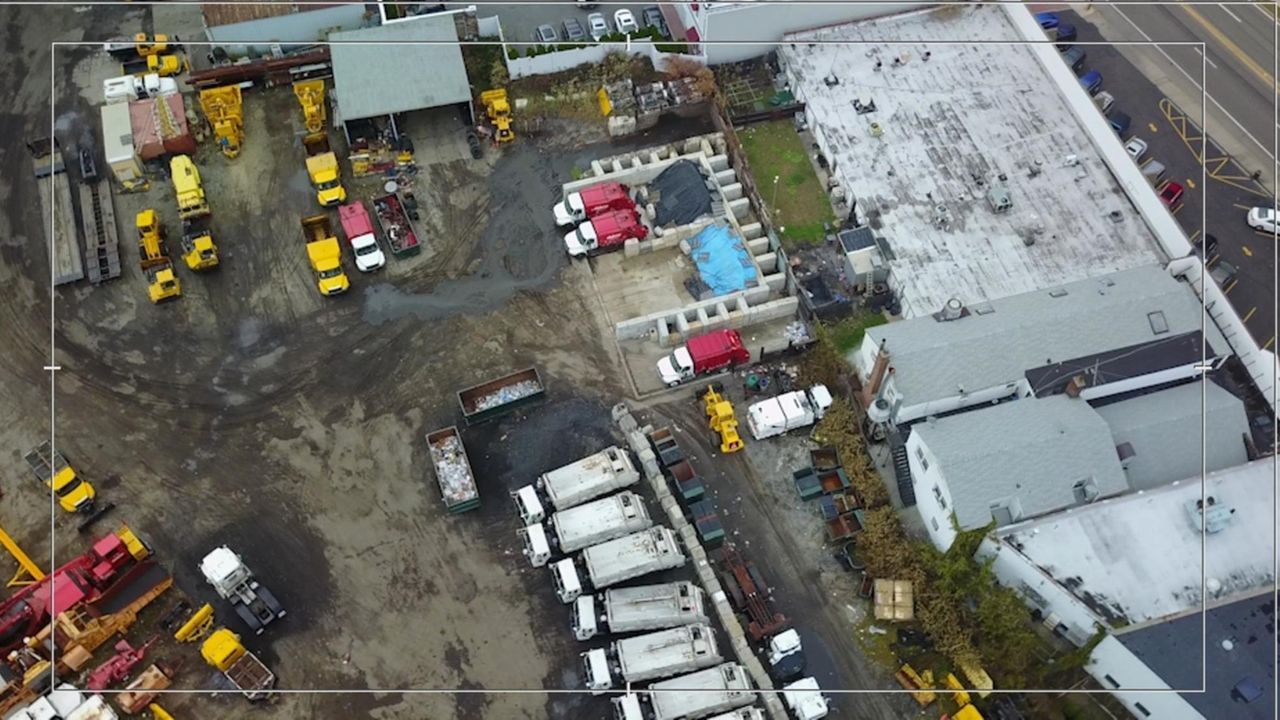 A proposal by Dejana Industries to construct a storage structure with a vinyl cover over an existing road salt pile near wetlands connected to Manhasset Bay has ignited community concerns about the legality and environmental impact of the facility. Manorhaven residents at a village board meeting on Tuesday, Nov. 14, 2017, said they were frustrated over the visibility of what's being called a shed structure, as well as concerned about potential water contamination and whether salt storage should be permitted at the site. Credit: Newsday / Jeffrey Basinger / News 12 Long Island

A proposal by Dejana Industries to construct a storage structure with a vinyl cover over an existing road salt pile near wetlands connected to Manhasset Bay has ignited community concerns about the legality and environmental impact of the facility.

Manorhaven residents at a village board meeting this week said they were frustrated over the visibility of what’s being called a shed structure as well as potential water contamination, and whether salt storage should be permitted at the site.

Port Washington-based Dejana Industries owns the site at 12 Manorhaven Blvd. that contains the salt pile, which is currently covered with a blue tarp. The pile is less than 300 feet from homes and Manhasset Bay. Dejana has applied to the village Board of Zoning Appeals for a special use permit to maintain a salt storage shed at the site in the village’s enterprise zone district and a variance to exceed height restrictions.

Board of Zoning Appeals chairman Patrick Gibson began the Tuesday hearing by announcing that the only issue being considered was whether the storage pile should be covered, and that no vote would be taken at the hearing. 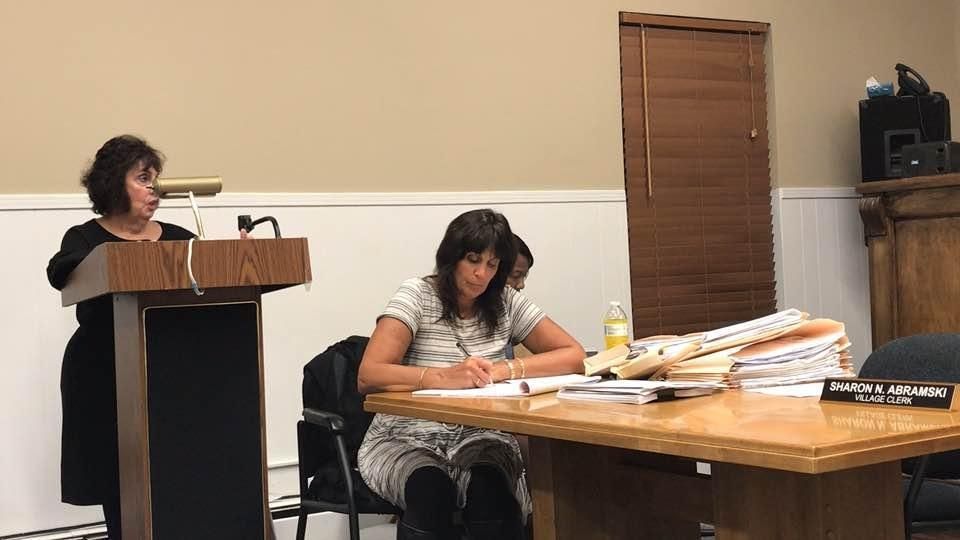 “It’s unprotected salt or protected salt,” Gibson said, adding that other issues about the storage were not part of the board’s consideration.

The proposed structure, which would store sand and road salt, would measure about 28 feet high, 56 feet wide and 40 feet deep, covering 2,248 square feet. The maximum roof height allowed is 15 feet. Frank Genese, a consultant for the project, said the storage structure would not be visible from the adjacent roads and residential neighborhoods.

The attorney representing Dejana, Syosset-based Howard Avrutine, said he believed Dejana had owned the property and stored salt there for more than 35 years, when the area was previously zoned industrial. Salt storage was permitted under the previous zoning, though it is not allowed now, said Village Attorney Steven Leventhal.

Village officials said the salt storage was a “legal nonconforming use,” and exempt from current zoning ordinances.

Mayor Jim Avena, a grant administrator for the Peter and Jeri Dejana Family Foundation, could not be reached for comment. He was listed as one of the company’s top five highest paid employees, with a salary of $96,900 in 2015, according to the nonprofit’s 2015 Form 990.

Avrutine said the salt pile was legal and that if the shed proposal was not approved, the company could continue to operate with tarps. The cover would only mitigate storm water runoff and salt leaching into the ground, he said.

“It’s going to improve environmental conditions at the property,” he said. “The issue before the board is structure, shed, roof or not? Salt doesn’t go away, sand doesn’t go away.”

Residents asked for a clearer account of when the salt storage started at the site. They also asked the board to review whether a salt storage facility should be located so close to homes and the wetlands. Raju Rajan said the potential for salt to leach into the ground was a serious matter that was only escalating.

“You [village officials] are not just staying at a level of nonconformance, you are continually increasing your nonconformance whether they [Dejana] put the structure or not,” Rajan said. “It is going to hurt the village no matter what.”

“The salt has been leaching for 35 years, maybe it’s time to do the right thing,” she said.

The hearing was continued to Jan. 16 for further review and public comment.