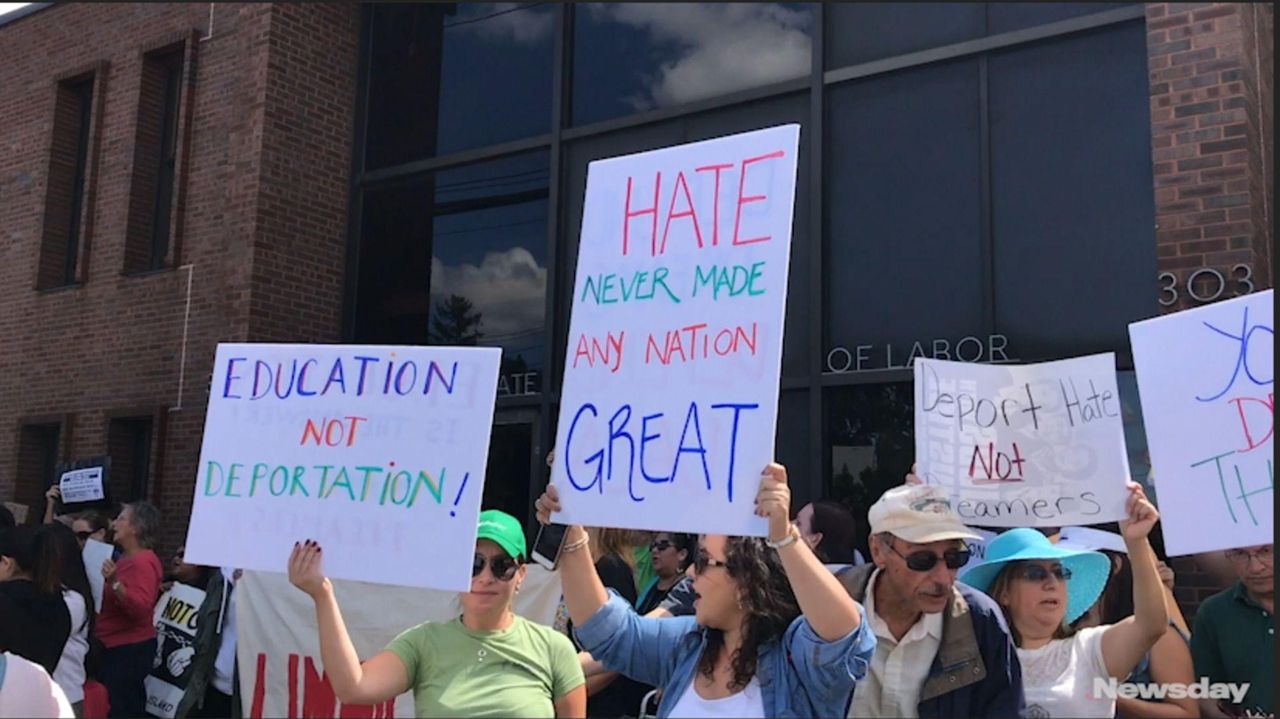 The protesters gathered at the Hicksville LIRR station shortly after noon and marched about a mile to Gov. Andrew M. Cuomo’s regional office on West Old Country Road.

President Barack Obama authorized DACA through an executive order in 2012 after immigration reform talks stalled in Congress. It protects children who were brought to the United States illegally by their parents from being deported and allows them to get work permits, driver’s licenses and Social Security numbers, and enroll in college or military service.

DACA: A look at what could happen next

Detractors say the program rewards parents who broke laws by going around the legal immigration process.

The Long Island marchers urged Congress, and state and local government leaders, to take action to protect the immigrant community.

“We’re holding local government accountable,” said one of the organizers, Anita Halasz, 31, of Ronkonkoma. “I have a lot of friends who are undocumented. I can relate to the immigrant experience of parents relocating and migrating to provide a better life for their children.”

Halasz said she moved with her family from Romania to the United States when she was 4.

DACA protects about 800,000 people who were brought to the United States illegally as children or came with families who overstayed visas. It currently includes hundreds of thousands of college-age students.

One of the Hicksville protesters, Edgar Posada, 47, of East Meadow, said he and his family fled war in El Salvador when he was 15.

Posada, now a high school teacher in Locust Valley, said he sees himself in many of the young people facing deportation.

“They are a part of my story,” said Posada, hoisting a sign reading “Education Not Deportation.”

“I’m here for justice, equality and fairness. Everyone in this country deserves to be here,” said Trishna Kumar, 23, of Hicksville.