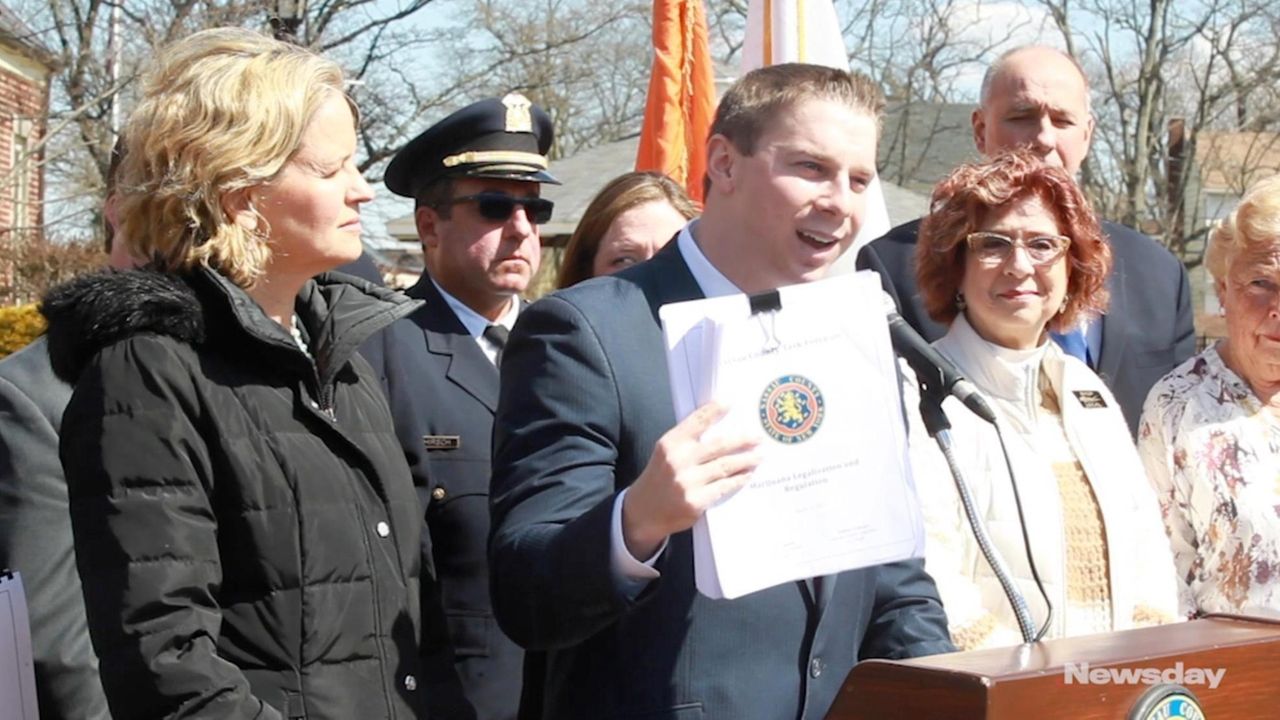 A Nassau County bill filed Monday would let the county opt out of legalized recreational marijuana sales should the state approve the program.

Legis. Joshua Lafazan of Woodbury, who caucuses with Democrats but is not registered with a political party, filed the bill Monday after a county task force studying marijuana legalization published a 107-page report recommending Nassau "opt out of all cannabis related commercial businesses." Lafazan and Police Commissioner Patrick Ryder were co-chairs of the panel.

The report found, "numerous potential public safety and public health concerns that need to be addressed well before Nassau County could begin to participate in any cannabis related businesses."

Gov. Andrew M. Cuomo in January proposed a bill to legalize recreational marijuana sales that allowed counties or cities with more than 100,000 residents to opt out of the program.

"It has become very clear that when it comes to the legalized sale of marijuana in Nassau County, now is not the time," Curran said during a news conference in Farmingdale,

"I've concluded that right now, its costs would outweigh the benefits," Curran said. "It remains unclear how much, if any, revenue would actually come into the county, so we didn't feel like we were able to do a proper cost-benefit analysis."

Ryder said "the report is unbiased," noting he spoke with groups that support legalizing recreational sales.

But Doug Greene, legislative director of Empire State NORML, the New York chapter of the National Organization for the Reform of Marijuana Laws, said Monday that with details of the state legislation under review, "we think it’s premature to opt out."

The Nassau County Task Force on Marijuana Legalization and Regulation cited public health and safety concerns, including the risk of marijuana consumption to adolescents and pregnant women.

The report highlighted the danger of cannabis use disorder, with symptoms including impairment and distress. The panel also warned of increased law enforcement costs for localities, including for officer training to detect drug-impaired motorists.

"The small revenue share is immaterial and evidences the true intent of the law: to raise additional new revenues for the state while preying on the massive compliance and enforcement implementation almost unfunded, to their levels of government. This is untenable," the report said.

“At the beginning of this process, the word revenue was at the forefront of everyone's mind on this task force,” Lafazan said in an interview Sunday. “The task force became unanimous in our agreement, just like alcohol in our country, the costs far outweigh the revenues."

Presiding Officer Richard Nicolello (R-New Hyde Park) said through a spokesman: “The Republican Majority will be voting to opt out and will look to strengthen the proposed resolution.”

Last week, Suffolk County Executive Steve Bellone, a Democrat, said he would propose county opt-out legislation. The Suffolk bill would have a sunset provision making marijuana sales legal after the first year, unless the Suffolk County Legislature were to extend the moratorium.