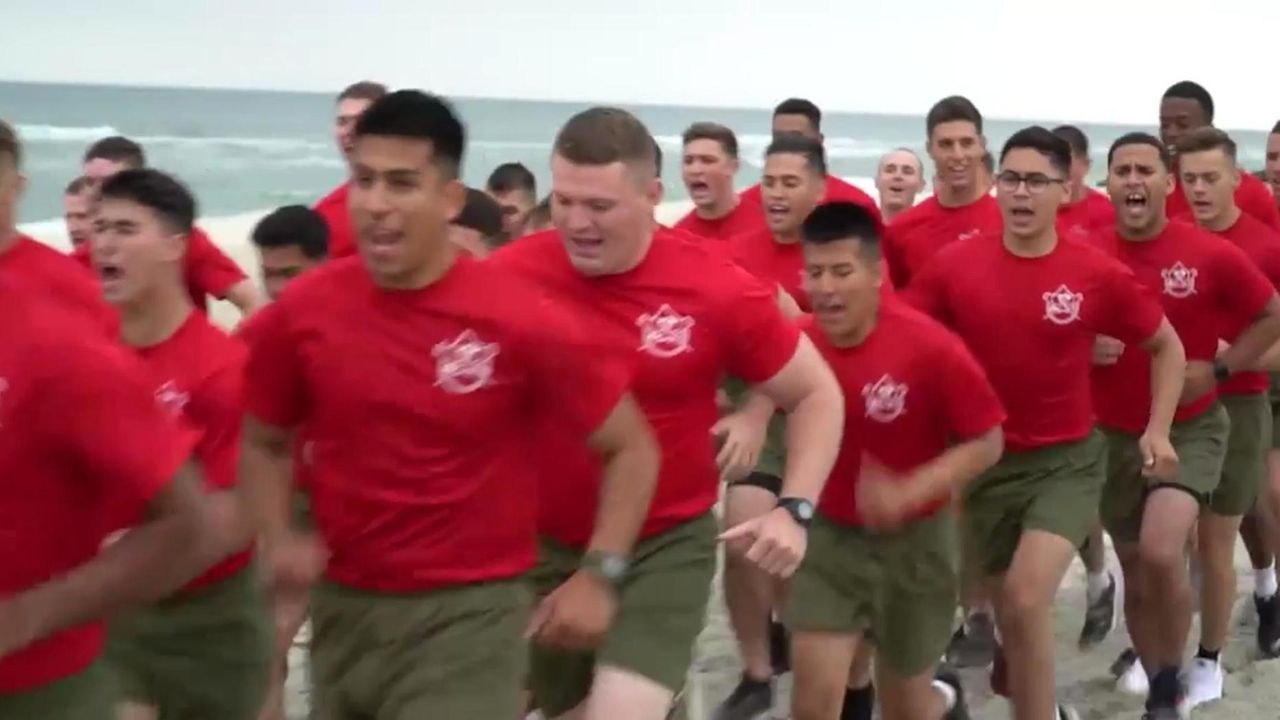 The Ace in the Hole Foundation hosted its 9th annual Lido Beach run in honor of Michael LiCalzi, a Marine from Garden City, who died on the tour of duty in Iraq in 2006. Family members, friends and others gathered in Lido Beach on Saturday morning, as they have done annually since 2010, to raise money for charity and to honor his memory. Credit: Ed Betz

Michael LiCalzi missed the weddings of his brother and sister, and the births of their children. He was not there to see his younger brother graduate from college, and he was absent from a family vacation to Disney World in April.

It is because of all that LiCalzi has missed that his family, friends and hundreds of others gathered in Lido Beach on Saturday morning, as they have done annually since 2010, to raise money for charity and to honor his memory.

The event, a two-mile beach run and walk, is a way to include him once again, family and friends said.

“It is like a celebration,” said his mother, Carol LiCalzi, 65, surveying the crowd assembled despite the gray sky and rain.

LiCalzi, a graduate of Chaminade High School in Mineola and the United States Naval Academy, was less than three months into his first tour of duty when his tank fell off a bridge in Anbar province, killing him and three other young Marines.

To keep LiCalzi’s memory alive, his family founded the Ace in the Hole Foundation in 2008 to raise money for charities and scholarships.

“This is a good way to honor him — to support causes that he would’ve supported,” said his father, Gregory LiCalzi, 66, of Celebration, Florida.

“It makes something constructive out of his death,” he said.

Through corporate sponsorships and individual donations, Saturday’s event raised close to $70,000 for charity, he said.

Rain fell as attendees scrambled across the beach where LiCalzi used to surf. The weather did not dampen the enthusiasm of the about 80 young Marines who drove 12 hours from Marine Corps Base Camp Lejeune in Jacksonville, North Carolina, for the event.

Commemorating LiCalzi was a reminder of what’s at stake in their service, said 1st Lt. Luis Penichet, 25, of South Salem, New York.

“It’s a sobering reality,” Penichet said of LiCalzi’s death, but a valuable one to grapple with.