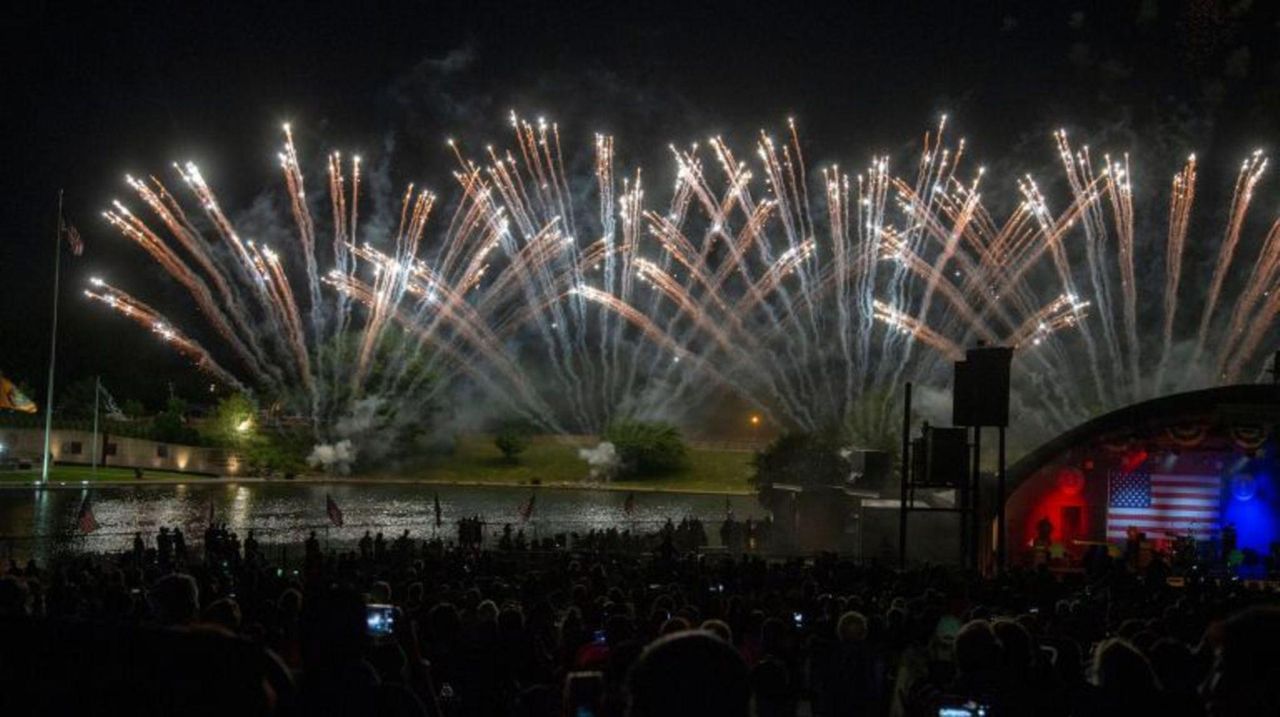 Who wants a holiday without a holiday weekend? This year, the Fourth of July falls on a Wednesday, and that makes it a challenge to stretch out time off. On Sunday, Long Islanders talked about how they made do by celebrating the weekend before. Credit: Newsday / Vera Chinese, Christine Chung, Kadia Goba

This story was reported by Vera Chinese, Christine Chung, Kadia Goba, Deon J. Hampton and Craig Schneider. It was written by Schneider

This year, the Fourth of July falls on Wednesday, and that makes it a challenge to stretch out time off.

Last year, Independence Day dropped into our laps on a Tuesday, leading lots of people to take off that Monday to achieve a four-day weekend. The year before, it was a Monday. No problem.

But with America’s birthday falling midweek this year, Long Islanders were crafting their own plans.

Tiffany Bissoon, 21, of Elmont, was among those creating some leisure at Sunken Meadow State Park in Kings Park. Her family packed 15 members (and a barbecue grill) into a party bus to take in the 100-degree weather.

Transporting the grill wasn’t a big deal, but the prospect of waking up Monday and Thursday morning — after celebrating July Fourth with a backyard barbecue party — seemed, well, a test to one’s fortitude.

“We celebrate the Fourth no matter what day it falls on,” Bissoon said. “It’s difficult to get up the next day when you have so much fun the day before.”

Holtsville resident Sean McCarthy, 18, started Sunday with a workout at the gym before heading to downtown Patchogue. That, he said, was his warmup for the big celebration Wednesday when he’s hitting a pool party and barbecue.

If that wasn’t enough, he has another party with family and friends next weekend.

“Independence Day is an important part of our culture,” McCarthy said. “We have to celebrate it twice.”

Long Island could well see two holiday weekends, one before July Fourth and one after, said Kristen Jarnagin, CEO of Discover Long Island, a marketing organization that promotes tourism on the Island

For some, a midweek holiday is just a reason to take a long vacation. Chris Mokoski, 54, is taking off the entire week to spend it with three of his high school buddies. They’ll be on a sailboat bumming around Shelter Island and Sag Harbor.

“It’s not a problem,” Mokoski, of Hebron, Connecticut, said of the Wednesday holiday. “It’s an excuse.”

You might think this hump day holiday is bad for business, but some leisure-related places say it’s actually working in their favor.

The golf course at Bethpage State Park has 3,120 golfers signed up to use the course this week, 654 more than the holiday week a year ago. Because of the midweek holiday, some people are taking advantage of the days before the holiday, while others are looking to the days after, said course officials.

“Some people are taking the whole week off,” said George Gorman Jr., deputy regional director of the state Office of Parks, Recreation and Historic Preservation.

Noting that business started picking up on Friday, he added, “We’re expecting a 10-day holiday weekend.”

The 187 campsites at Eastern Long Island Kampground in Greenport are also seeing more weekday bookings compared to prior years, when the holiday rush focused on the weekend.

Reservations are “all over the place,” through the week, said owner Donna Goldstein.

Given the call of a summer holiday, some businesses aren’t even interested in making money.

Carol Keane, 70, who operates a prosthetics store for breast cancer survivors, is taking off the whole week. The woman, who lives part time in Sag Harbor and part time in Manhattan, enjoyed a doughnut and some gelato on a park bench in Sag Harbor’s Main Street with her partner, John Marks.

The last time Independence Day occurred on a Wednesday was in 2012.

This time around, some fine weather is expected through the week, increasing the lure of sneaking in some extra time off.

Evelyn Siguenza of Uniondale was strolling the boardwalk enjoying a soothing breeze amid the hot temperatures.

This was her beach day before July 4.

“I work at a hospital and regardless if it’s a holiday, I have to work,” she said.

The Matutes, from Bridgehampton, echoed the same sentiment. For them, Sunday’s gathering at Sunken Meadow State Park is the only opportunity for family to get together for the holiday.

“On this hot day, we’re celebrating the Fourth of July because most of us have to work,” said Jhon Matute, 20. “Some of us haven’t seen each other for a while.”