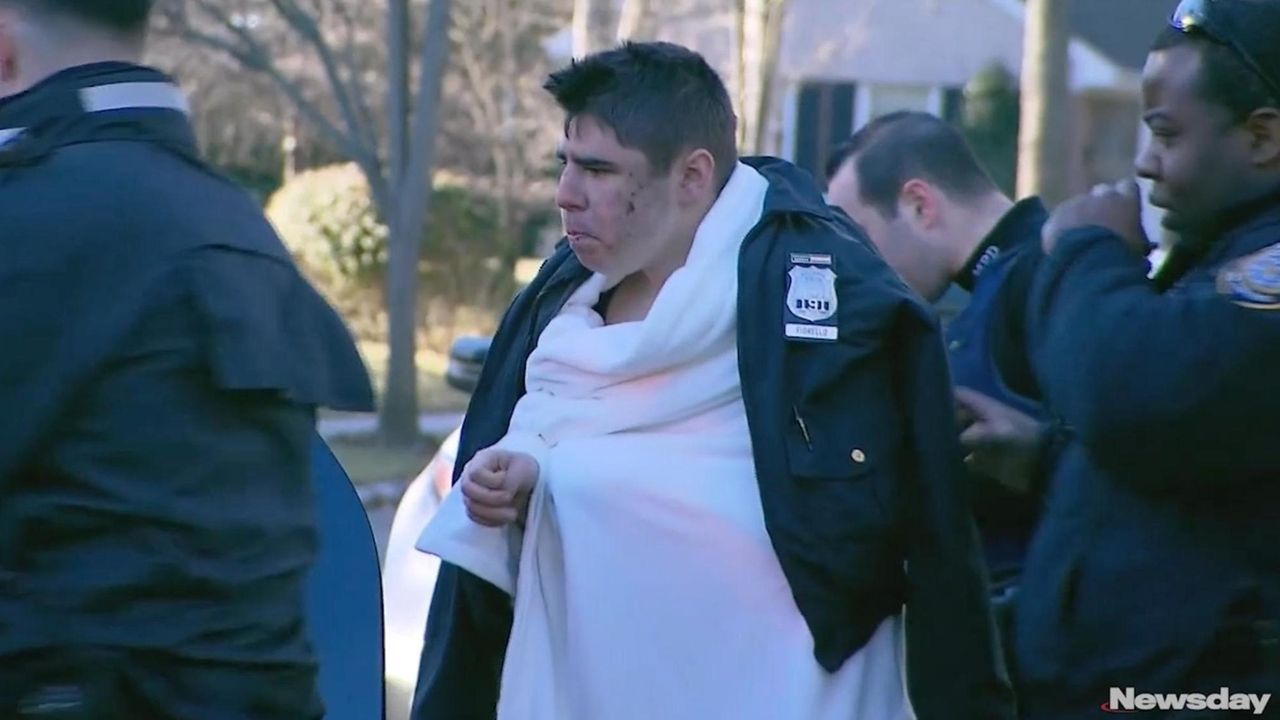 More than 100 community members — including the Hempstead Town supervisor — joined authorities searching for a teen with autism who was found Tuesday in a Malverne backyard 15 hours after he went missing.

Joseph “Michael” Barbella, 17, of Franklin Square, wandered off from a Malverne bowling alley about 5 p.m. Monday, then was found about 8 a.m. Tuesday curled up in a ball in bushes behind a house on Mcintosh Court — about a mile from where he had last been seen.

Barbella was found in “excellent condition” and was taken to Nassau University Medical Center to be checked out, Malverne police Chief John Aresta said at a news conference Tuesday afternoon at his headquarters.

“He was very strong and healthy,” Aresta said. “I walked into the hospital room and he had a big smile on his face.” The chief added, “The family can’t thank everybody enough.”

Police said Barbella was visiting the San-Dee Lanes on Francis Street when he wandered off, and was last seen about four blocks away at Malverne Avenue and King Street.

Aresta said a woman who lives in the neighborhood where Barbella was found called police to say she had seen clothing on her fence that matched the description of that worn by Barbella.

MTA police K-9 unit Officer Doug Joseph was one of the first on the scene and said he “just happened to be the one” who poked his head over the fence and saw Barbella in the backyard, “between the bushes and a fence.”

Joseph said Barbella was “down to a tank top and he was really cold” and didn’t say anything when found.

News 12 Long Island footage from the scene shows police shielding Barbella from the cold by wrapping him first in a towel, then a police officer’s jacket and then a blanket.

The teenager is known to hide under cars or in unlocked sheds or garages, the chief said in a Facebook post when the search was getting underway on Monday. A Newsday article last year reported that Barbella has gone missing before.

A Hempstead Town communications employee was awarded a key to the town last January after he found Barbella sleeping in his Franklin Square shed during a nor’easter after the teen had been reported missing.

In this latest incident, the Malverne police efforts to find Barbella included an air and ground search, robocalls and a Silver Alert, along with notifying other police jurisdictions.

The chief’s post, as well as the teenager’s photo, had been shared more than 1,800 times in three hours Monday night on an “I Love Malverne” Facebook page.

It was on Facebook that Barbara McDermott recognized the clothes on the fence that prompted her to call 911, she told News 12.

“We were fortunate to get a call from the homeowner,” Aresta said at the news conference.

The chief’s plea for help had prompted residents to begin their own searches and to ask friends and neighbors for help.

Aresta said the aid from many civilians was a big help in the search. He noted more than 120 people from the area joined forces with authorities to find Barbella, forming search teams of four, six and eight members.

He noted Gillen changed from a cocktail dress to casual clothes to join the “boots on the ground . . . pounding streets, knocking on doors and shaking bushes.”

With Ellen Yan and William Murphy