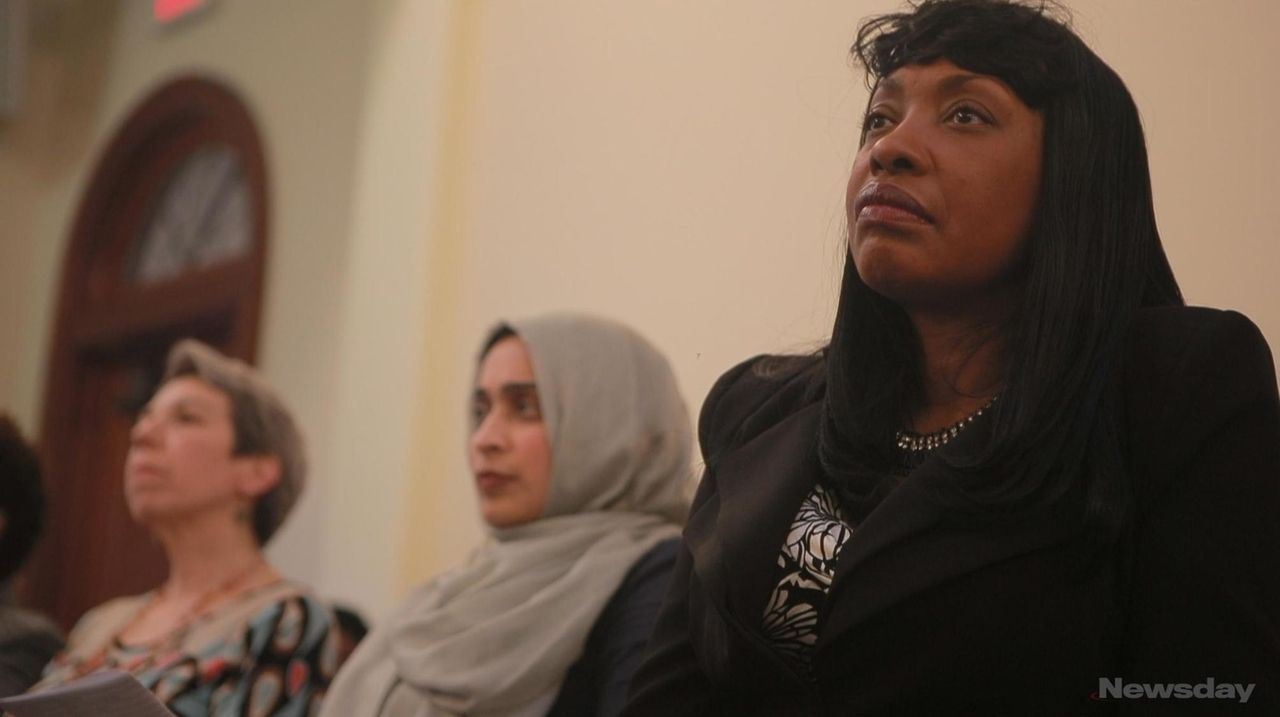 Long Islanders packed the Nassau County municipal building and filled the pews of a Catholic church Wednesday to reflect on the life and legacy of the Rev. Martin Luther King Jr., the civil rights icon slain 50 years ago to the day.

Commemorations of the day King was shot dead took place in Mineola with speeches, a cappella spirituals and a montage of photographs and at St. Agnes Cathedral in Rockville Centre, where Bishop John Barres led a special prayer service.

Some remembered the day King died especially vividly, like the Rev. Craig Wright, who recalled his mother’s cries of disbelief when he, as an 8-year-old, told his parents he saw a news report that King had been slain on a balcony of the Lorraine Motel in Memphis, Tennessee.

Wright, who joined about 100 people, including other religious leaders, at the Mineola event, spoke of the civil rights leader’s understanding of the evils of poverty, another form of deprivation that he said was acute as being denied legal rights as a citizen of the country.

King became the most visible leader of a movement that had helped forge the Civil Rights Act of 1964 and the Voting Rights Act of 1965. He also confronted de facto segregation and broadened his focus beyond improving race relations to speak critically of the Vietnam War, the military industrial complex, and educational disparities and poverty.

Wilma Tootle, a retired educator who grew up in rural Alabama and went on to what became Tuskegee University before teaching in the Hempstead school district in 1970, when it was still segregated. “Quality education matters,” she said. “Dr. King is the voice of our national conscience.”

The civil disobedience King marshaled against violence has spread around the world, he said. “His legacy is alive.”

King was fighting for striking Memphis sanitation workers when he was slain, and against “militarism, racism and materialism,” said Bishop Lionel Harvey of the First Baptist Church of Westbury.

Nassau Police Commissioner Patrick Ryder, filling in for Nassau County Executive Laura Curran, said, “Only violence and racism make us divided . . . because of people like Dr. King we will remain united.”

Between prayers in Creole, Spanish and other languages, and hymns sung by the Sister Thea Bowman DRVC Gospel Choir, speakers at the Rockville Centre event considered the imprint of King’s teachings on African-American Catholicism, and described his impact on their own experiences combating prejudice and inequity.

“Let this holy building of St. Agnes Cathedral shake tonight with the living dream of Dr. Martin Luther King,” Barres said in a homily. “It is through dramatic missionary growth that we will help promote the justice for which Dr. King gave his life.”

Jaquon Heath, of Queen of the Most Holy Rosary church in Roosevelt, said King’s words resonate 50 years after his death.

“Dr. King is that riveting voice I hear from a mountaintop,” he said. “That voice that said, ‘Injustice anywhere is a threat to justice everywhere.’ ”

Editorial: 50 years later, King’s quest goes onOne wonders whether King thought the arc of the moral universe would take this long to bend only as far as it has toward justice. MLK called 'apostle of nonviolence' on anniversaryThe commemorations stretched from his hometown of Atlanta to Memphis, where he died, and points beyond. Complete coverage: 50th anniversary of MLK's deathA half-century after the nation lost civil rights icon the Rev. Martin Luther King Jr., see Newsday's coverage of the anniversary. MLK memorial in Washington Square Park

New Yorkers honor the 50th anniversary of the Rev. Martin Luther King Jr.'s prophetic "mountaintop speech" as it was replayed in Washington Square Park on Tuesday. King delivered the speech on April 3, 1968, in Memphis where he had gone to support that city's striking sanitation workers.