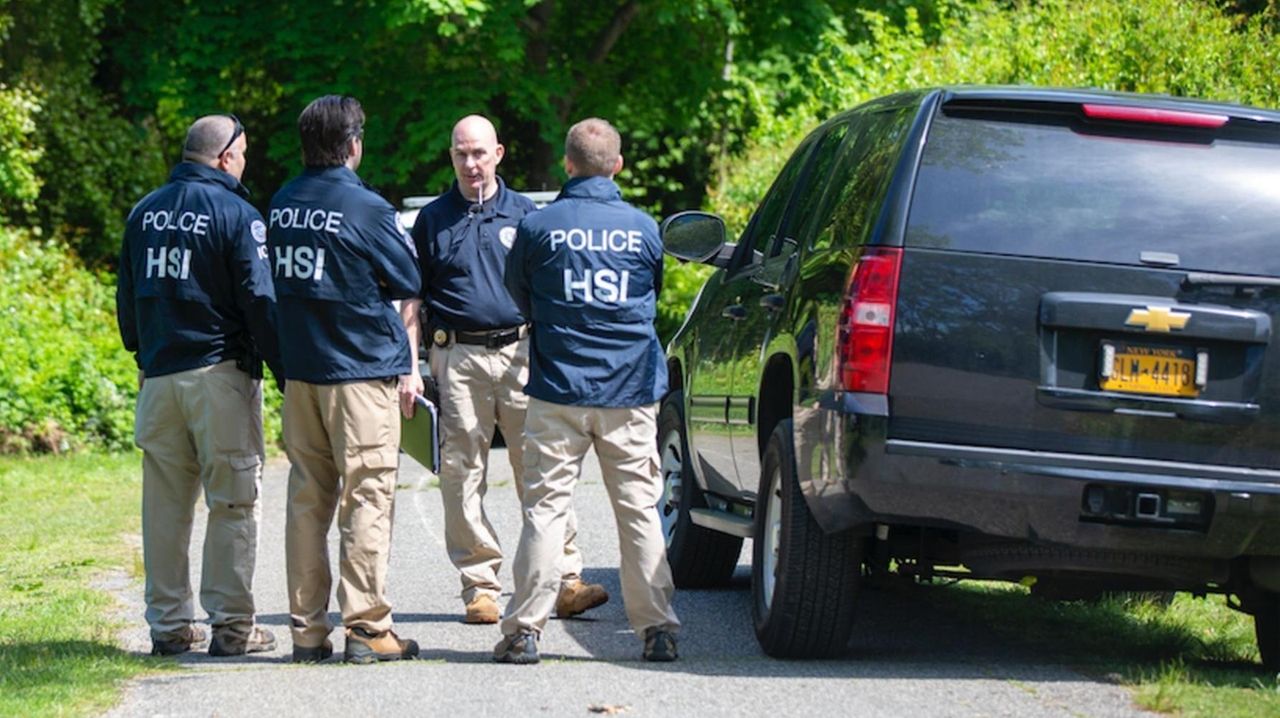 The Nassau County Police Department needs more detectives to combat MS-13, a police union leader said Sunday, two days after a body believed to be of a victim of the street gang was unearthed in the Massapequa Preserve.

“The new normal in Nassau County now includes violent street gangs such as MS-13,” McDermott said Sunday during a news conference at the edge of the preserve. “Unfortunately our police commissioner does not have the vision or the strategic plan to deal with this new normal. Our gang unit is undermanned and not provided with the necessary resources to combat this threat.”

McDermott, joined at the news conference by Nassau Legis. James Kennedy (R-Massapequa) and other officials, called for more manpower against MS-13 after the badly decomposed body was found in a shallow grave.

Police disputed McDermott’s allegations, saying in a statement that the homicide squad and gang unit have greatly reduced MS-13 violence in recent years. Crime in Nassau continued to drop to historic lows in 2018, with major crimes — including murder, rape, burglary and robbery — falling 28.6 percent over the past five years.

The department recorded three MS-13 murders in 2018, but one of those victims was reported missing in 2016 and another went missing in 2017, according to the statement, which said Nassau police made 335 arrests of gang members last year.

“Nassau County is one of the safest large suburban counties in the country,” the police statement said.

Detective staffing has been a continuing issue between the Nassau County Detectives Association union and Curran’s administration. Curran said through a spokeswoman that contractual terms negotiated by the previous administration have made recruiting detectives difficult. Fewer officers are applying to become detectives because the current contract does not compensate them enough for the additional work and responsibility, union and county officials have said.

“We are aware of the disincentive to become a Nassau County detective and we are prepared to take up the issue in bargaining with detectives,” Curran spokeswoman Justine DiGiglio said. “This is not a PBA bargaining matter.”

MS-13 linked to deaths of these 52 LIers

McDermott said he did not wish to “scare anyone,” but the department needs help against MS-13 and other gangs. “This is not Mayberry anymore,” McDermott said. “This is not Nassau 10, 15, 20 years ago. We have gang violence. It exists.”

The PBA president said his call for more detectives had nothing to do with current contract negotiations between his union and the county. The union has been working without a contract since 2017, when its last agreement expired.

McDermott also blasted the department for removing police officers from patrol duty to work as school crossing guards. The PBA chief said earlier this month that the union filed a grievance against the county because the practice violates the contract provision over minimum staffing. Ryder has acknowledged the problem but said the cops were needed to fill crossing guard vacancies.

Jerry Laricchiuta, president of Civil Service Employees Association Local 830, said at the time that the county created the problem by hiring part-time crossing guards to save money on health care coverage for full-time jobs.

The remains found Friday at the preserve have not been officially identified but police believe they belong to one of about a dozen people murdered in Nassau County by MS-13 members in 2016 and 2017. The remains were discovered near where authorities found the body of Julio Cesar Espantzay, 18, of Hempstead, in 2017. Police have said Espantzay was lured into the 432-acre park with promises of sex and drugs, then attacked with machetes and shot before being buried in the preserve that January.

During that investigation, police were led to believe that a second body may have been buried in the preserve, officials said. Authorities returned more than a dozen times to search for the remains of MS-13 victims, Ryder said Saturday.

Police: Second body found at Massapequa PreserveNassau County police say they have uncovered the remains of another body in the Massapequa Preserve that they believe was buried there more than two years ago by MS-13 gang members. MS-13 killings down on LI; gang trying to rebuildInvestigators attribute the decrease to hundreds of arrests after a series of high-profile slayings that spotlighted the gang.