The impending renovation of the Nassau Coliseum marks the end of an era for the men and women who have spent decades working at Long Island's largest sports arena, cleaning floors, repairing lighting, painting walls and ushering patrons to their seats.

In April, the state Department of Labor notified more than 40 full-time Coliseum employees and 2,500 part-timers that they would be laid off July 31, when Spectator Management Group's lease with Nassau County to manage the arena expires. Current arena employees are expected to be used for the Coliseum's final show, an Aug. 4 Billy Joel concert.

In August, the 43-year-old arena will close for Brooklyn developer Bruce Ratner to conduct renovations. The $260 million project also includes restaurants and retail.

It's unclear how many current Coliseum employees will return to work at the arena when it reopens in December 2016.

Forest City Ratner Cos. spokesman Barry Baum said the company will evaluate staffing needs once it takes over the building and "at the appropriate time" will reach out to union leaders to discuss the hiring process.

Some current arena workers said they plan to retire, while many will look for jobs elsewhere. Others say they hope to work at the renovated Coliseum when it reopens.

The employees include electricians, plumbers, security guards, parking attendants and ushers. Here are some of their stories:

Every has seen many of the top musical acts while working as an usher, including the Jackson 5, Madonna, the Grateful Dead, The Who and 31 concerts headlined by Billy Joel.

Every took guests to their seats during the Islanders' four consecutive Stanley Cup finals from 1980-1983, including the three titles won at home, as well as soccer championships and NCAA college basketball tournaments. Every says he'll never forget the experience.

"It was always exciting going back to work," Every said. "I used to get chills walking into the building, especially during the Islanders' run."

Every says the Coliseum's fans have been "like family" to him and his son, Edward, 34, a Coliseum usher for the past 16 years.

"It's very depressing," he said of the building's closure. "I've met a lot of friends and good people over the years." 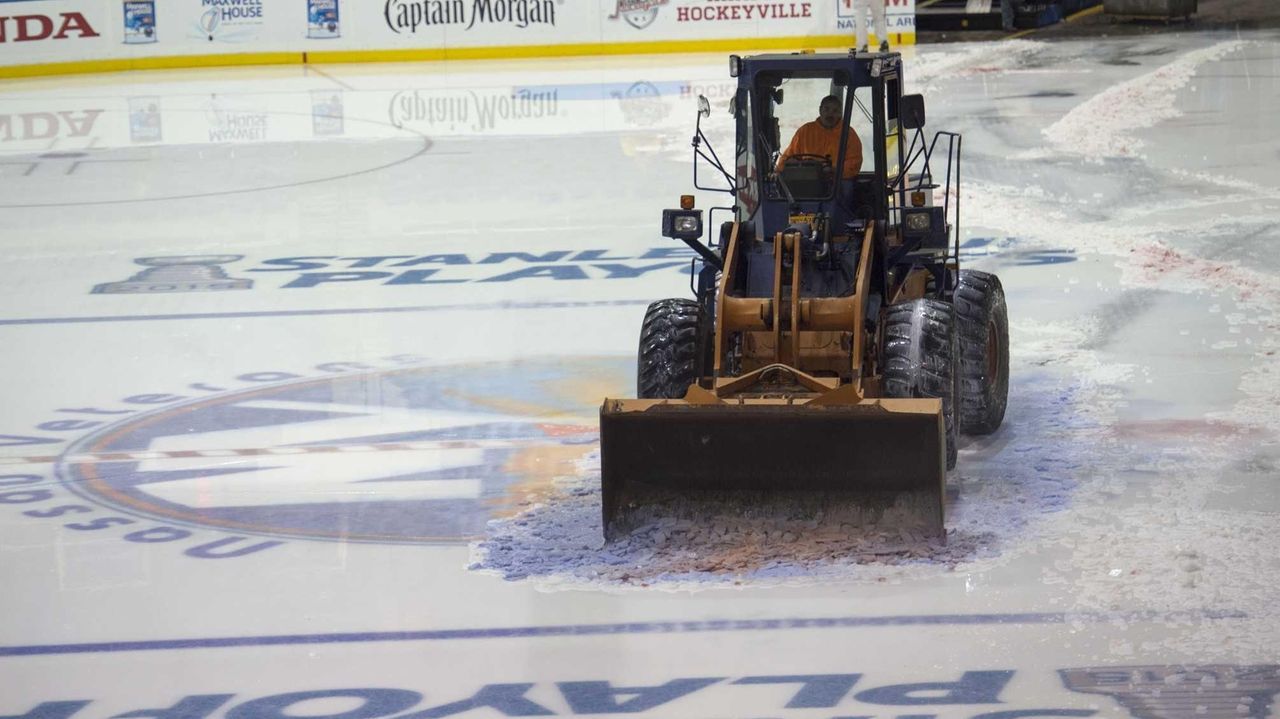 Every said he plans to work part time as an usher at Yankee Stadium and other local arenas. But he hopes to get his job back when the arena reopens.

"I am unsure about the next step," Every said. "I hope to come back but who knows?"

Schneider learned a long time ago that it's not easy to keep the peace when the hated New York Rangers visit the Coliseum to play the New York Islanders. Tempers flare as crosstown passions combine with indulgence in alcohol.

It's Schneider's job to get control of the situation before it escalates, although there's been a handful of serious incidents in the past, most notably a fatal stabbing at a 1988 rap concert that left a 19-year-old man dead and 12 others wounded.

"Occasionally, things got physical and rowdy and we had to settle things down," he said. "But there were not too many problems over the years."

Schneider, who plans to get a job as a civil engineer at a paving company, says he will miss the camaraderie and friendship he developed with the Islanders' most loyal fans during his 29 years at the Coliseum.

"I know some girls since they were 5 years old," he said. "Now they bring their own children to the games. It's all very personal for me."

While he concedes that the Coliseum needs an upgrade, Schneider said he will "miss the old barn. It was never as bad as people said it was. I loved it. It was the best place to work."

When the house lights go down at the start of a Coliseum concert and the speakers start to blare, it's a safe bet that O'Brien is at the switch.

For nearly two decades, O'Brien has been in charge of the arena's lighting and audio, running an array of power and camera cables.

He says that over the years, shows and rehearsals, including Madonna's two-week stint in 2012 as she prepared for a world tour, have become larger and more elaborate, often requiring a generator for additional power.

But "in almost 20 years we never had a serious problem," O'Brien said. "The show always went on here and we are proud of it."

O'Brien, who is divorced with two children in high school, plans to file for unemployment when the arena closes. He would like to return and work for Ratner but has heard little about future job opportunities.

"I will look for another job," he said. "But there is no other job like this on Long Island."

When more than 16,000 fans pack the Coliseum for a concert or Islanders game, Polanco and his crew must clean up the mess, including beer cups, food containers and even broken chairs.

Polanco calls it a "real tough job" -- and he'll miss it.

"It's such a shame to see all these jobs go away," said Polanco, who is divorced with three daughters. "It's all very sad."

Polanco said he and other arena workers felt like an afterthought in the fight to keep the Islanders on Long Island. "Nobody is worried about us," he said.

Polanco, who will file for unemployment, plans to get a commercial driver's license and begin driving a tractor trailer. He does not expect to return to work at the Coliseum.

"It's been a long journey," Polanco said. "But, everything must come to an end."