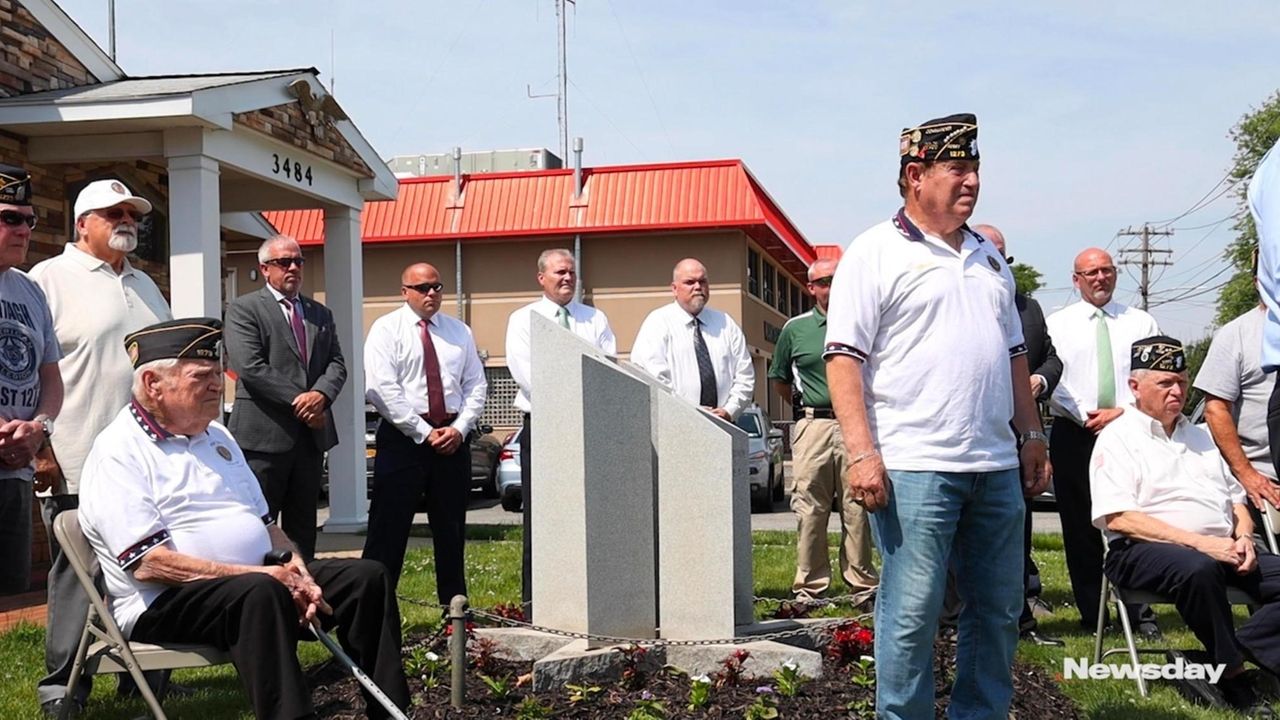 On Tuesday, Nassau County Legislators introduced a bill that would provide an additional five days of paid time off for combat veterans in the county workforce.  Credit: Howard Schnapp

Nassau's Republican legislators on Tuesday proposed a bill to give county employees who are combat veterans up to five extra days of paid leave a year if they are seeking medical treatment.

Rhoads, who announced the bill in front of the Wantagh American Legion, said the paid time off could be used for Veterans Affairs appointments, physical therapy or psychological or stress-related treatment.

The bill will be considered by two legislative committees on Monday. Republicans have an 11-8 majority on the Nassau County Legislature.

Nassau County Executive Laura Curran said she supports the bill and would sign it into law.

"Nassau County’s combat veterans should not have to worry about taking days off from work to seek care for the injuries they sustained while protecting us abroad — and I look forward to making that clear by signing this Nassau Combat Veterans Healthcare Act into law as soon as the legislature passes it," she said.

The bill's co-sponsor, Legis. Bill Gaylor (R-Lynbrook), a retired lieutenant colonel in the Army, said the bill would help combat veterans get the services they need.

"Whether it be the physical or mental wounds of war, our message to combat veterans now serving Nassau County is simple: We support you, and will continue to do everything we can to give you the resources you need," Gaylor said.

Rhoads noted that June is Post Traumatic Stress Disorder Awareness Month, but said the bill was "not just related to PTSD."