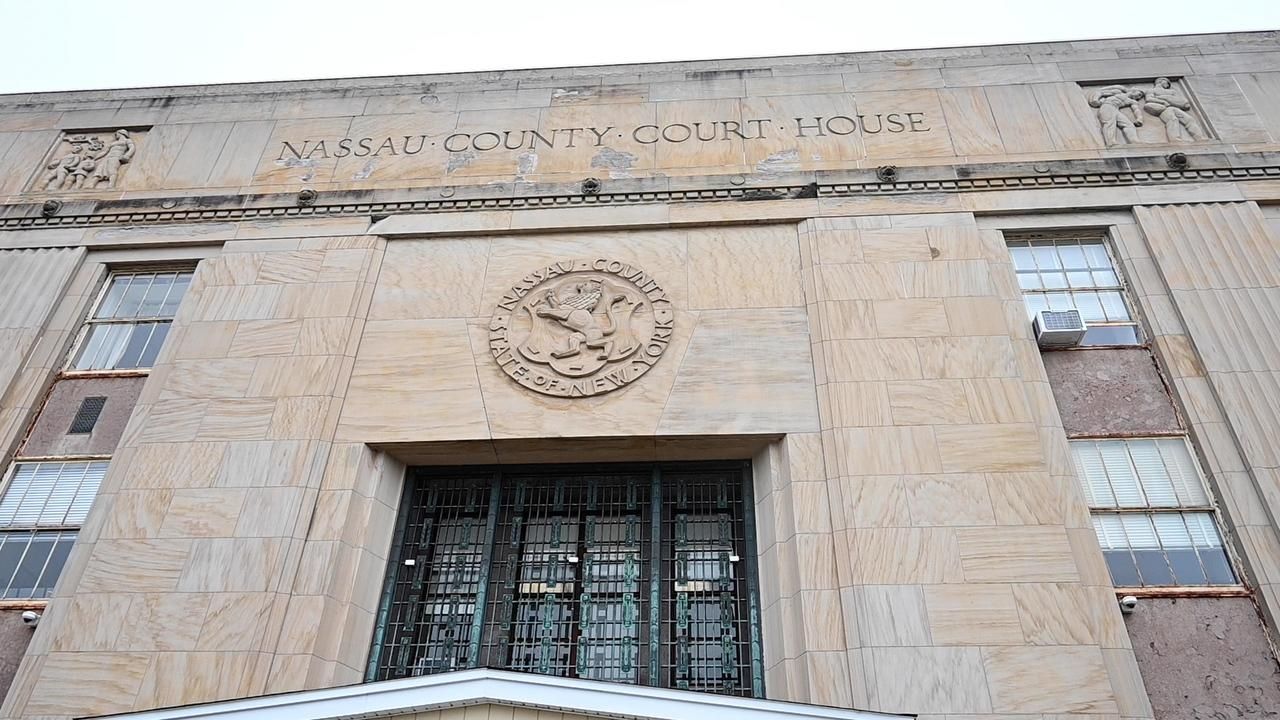 The Nassau County Courthouse, an architectural wonder with roots dating back more than a century and the home for some of the most significant criminal cases of the past two decades, has been added to the National Register of Historic Places.

The courthouse, which once played host to the trials of the "Long Island Lolita" Amy Fisher, serial killer Joel Rifkin and Long Island Rail Road shooter Colin Ferguson, have some hidden gems, including 200-million-year-old fossils recently identified within the limestone walls.

But only in recent years, through the research of Nassau Deputy Executive Assistant District Attorney Dan Looney, was it discovered that the courthouse was modeled after the Lincoln Memorial in Washington, D.C.

"When people walk in they should be filled with the awe, majesty and grandeur of a courthouse and what it represents to our history," District Attorney Madeline Singas said at a news conference Thursday.

At the turn of the 19th century just after Nassau, which had been part of Queens, became its own county, the Nassau court met in a new building at Old Country Road and Franklin Avenue, which is now the Theodore Roosevelt Executive and Legislative Building.

But by the late-1930s, the county's population was growing and Nassau needed a larger courthouse. In 1938 the county hired Lawrence Lincoln, a Nassau resident who had worked on the Lincoln Memorial, to design a new court complex. (Lincoln, the architect, and Abraham Lincoln, the president honored by the memorial, were not related.)

The new buildings would be a federal Public Works Administration Depression-era infrastructure project.

The three-building complex, home to Nassau's criminal and surrogate courts and the Nassau District Attorney's Office, was completed in 1940 at a cost of $2.65 million.

Looney said he set-out 30 years ago to secure the complex's place on the Register but encountered multiple roadblocks. The court's original records were destroyed by the Works Progress Administration in 1943 and backup records were burned in a fire at Mitchel Field in 1974.

Over the course of two decades, Looney would scour transcripts of old Nassau Board of Supervisor meetings seeking records of the courthouse. He would track every newspaper clipping about the complex and eventually located an incomplete blueprint.

Several years ago, on a trip to Washington with his son, Looney noticed that a pair of bronze lanterns, flanking the courthouse's north and south steps, were smaller-scale version of nearly identical ones at the Lincoln Memorial.

Meanwhile, sculptures of mothers, grandparents, farmers, and business owners carved into the courthouse's exterior indicate the building's role as "the house of the people," Looney said.

"It's not about buildings," he said. "It's about community. It's about civic engagement."

The 60-page submission to the Register, which is run by the National Park Service, was submitted by Micah Tichenor, a graduate student at Columbia University. The Register granted Nassau the distinction on March 2, allowing the county to potentially secure grants to refurbish the aging buildings.

Nassau Administrative Judge Norman St. George said an inscription on the west side of the courthouse, which reads "Justice is God's Idea But Man's Ideal" is fitting for the centerpiece of the county's judicial system.

"Everyone who enters this courthouse," St. George said, "is reminded to commit themselves to the pursuit of justice."