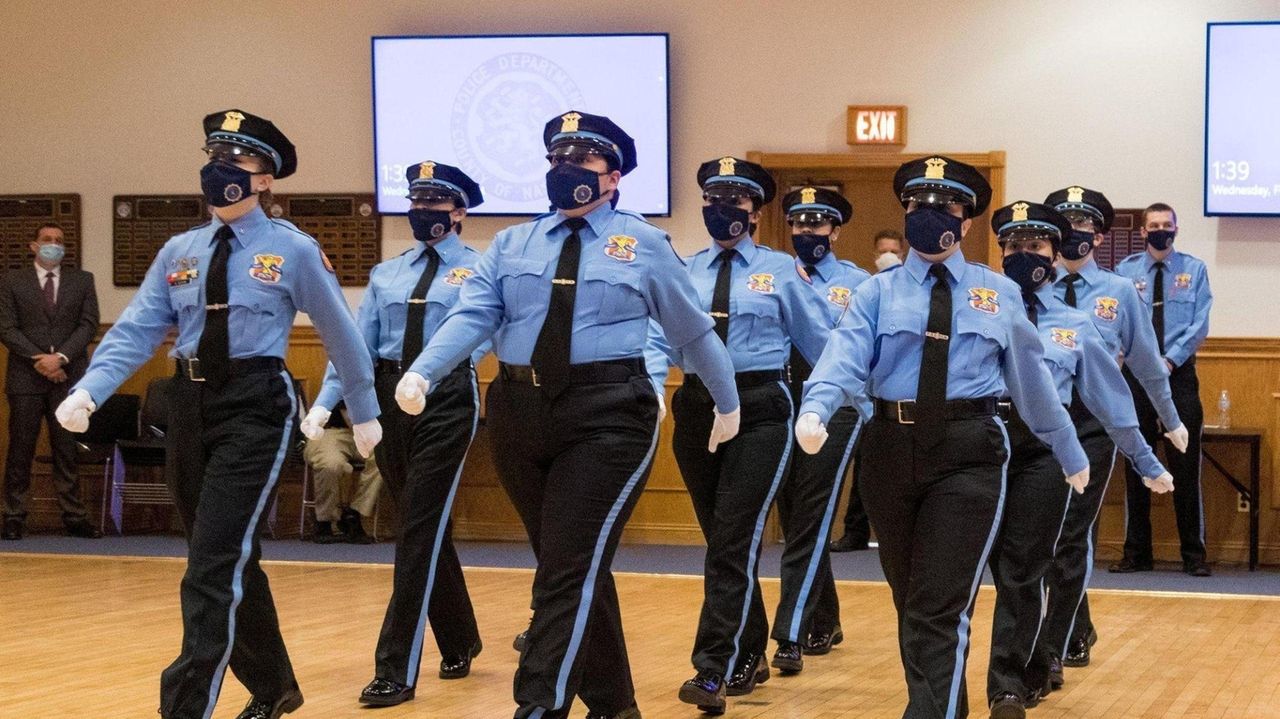 Nassau officials Wednesday kicked off a recruiting drive for a program that teaches young people about law enforcement, as the county attempts to diversify its police department and boost outreach to minority communities.

Plans to diversify police ranks and improve collection of racial and ethnic data from traffic stops were part of a 395-page draft document Nassau County Executive Laura Curran filed last week in response to an executive order from Gov. Andrew M. Cuomo last year after the death of George Floyd in police custody in Minneapolis. That draft, which must be approved by the county legislature, drew criticism from community and civil rights activists who said Curran hadn't consulted with them adequately before introducing it.

At a Wednesday police headquarters event for the program, Law Enforcement Explorers, Curran said the county "is endeavoring to do more diverse recruitment in the police department … We want to get the word out far and wide."

Explorers Gisselle Lugo and Rebecca Boykin, both 19 and from Massapequa, praised the Explorer program, saying it had introduced them to new friends and new skills. Lugo said she’d wanted to work in law enforcement since she was a young girl.

"I decided this was the best step I could take," she said. The program taught her about policing but also how to balance school, work and other commitments, she said. Boykin, who has relatives who work in law enforcement, said five years in Explorers had taught her how to lead. She too is considering a career in law enforcement and said she had few qualms about entering what was once a male province.

"I could do it too, you know what I mean? I can do it," Boykin said. Explorer membership is open to young people who have finished eighth grade and are between 14 and 21. Explorers are trained in areas of law enforcement ranging from arrest and search techniques to white-collar crime. They also represent the department at community events and help in its crime prevention initiatives.

Nassau Police Commissioner Patrick Ryder said that 275 Explorer alumni have joined law enforcement, spread out in 25 agencies across the country. Before the coronavirus pandemic, the program had 300 members. Since the pandemic, the number has since dropped to 232.