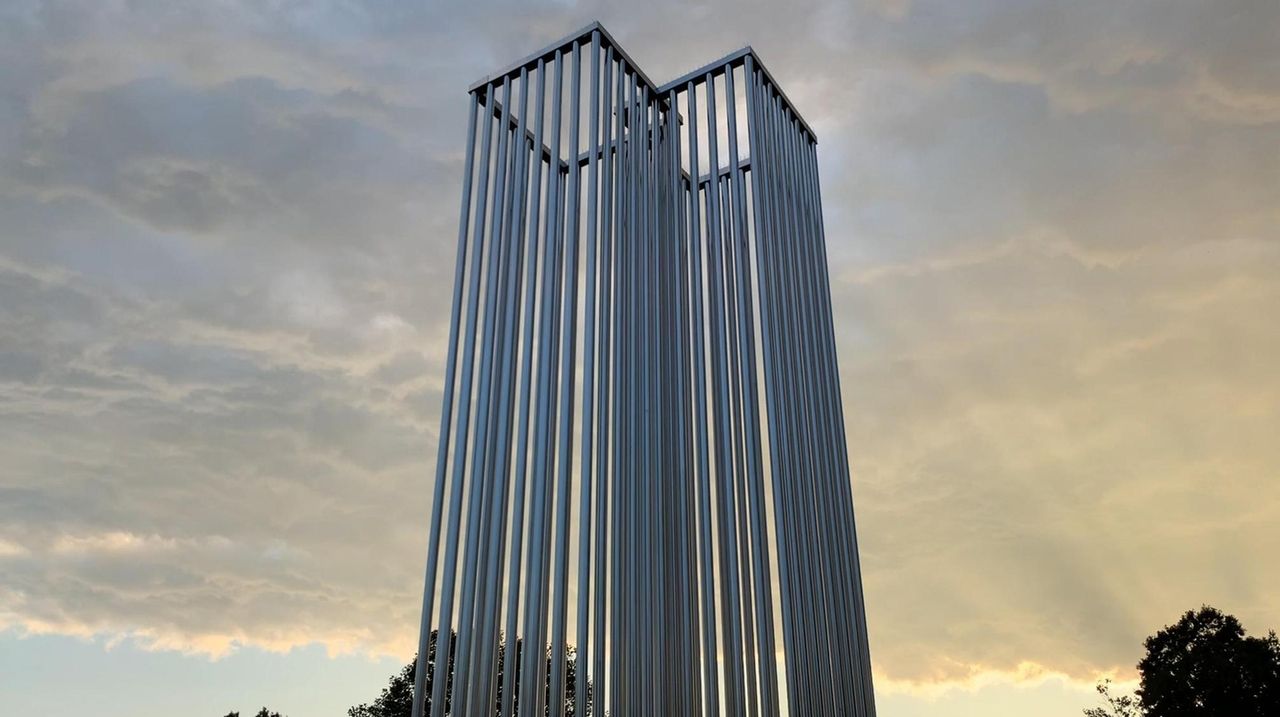 Nassau County hosted a memorial at Eisenhower Park on Monday to honor those who lost their lives on Sept. 11, 2001. Credit: Howard Schnapp

Nassau’s official salute Monday to county residents who perished in the Sept. 11, 2001, terrorist attacks drew up to 200 people who paid their respects with a sorrow just as fresh as if the tragedy that killed nearly 3,000 had happened yesterday.

“I’m hurting,” said Joyce Grant of West Hempstead, whose husband, Winston Grant, an information technology expert at Blue Cross/Blue Shield, died after a plane struck Tower One of the World Trade Center. “It doesn't get any easier at all. I can’t tell you how much I miss him.”

County Executive Laura Curran, who presided over the ceremony, called the victims of the country’s worst terrorist attack “soldiers,” saying they “sacrificed their lives in defense of our freedoms. ... I know that the grief is still more than you can bear.”

The names of the nearly 350 Nassau residents killed 18 years ago were read by their spouses, siblings, sons, daughters and friends during the hourlong event at Eisenhower Park in East Meadow.

Among the readers was Kerri Kiefer-Viverito of Franklin Square, whose brother, 25-year-old FDNY firefighter Michael Kiefer, died while trying to save others.

“To have something close to home is really meaningful,” she said, clutching a photo of her brother in his uniform and calling the ceremony “beautiful.”

The Nassau County Police Department's Pipe and Drum band's bagpipes wailed bars of  “Amazing Grace," readers spoke through tears as their voices cracked with emotion, and the members of Girl Scouts of Nassau County Troop #2543 — all born since the tragedy — sang the National Anthem.

Onlookers sitting in folding chairs on the grass of the park's 911 memorial plaza embraced below a soaring symbol of the Twin Towers of the World Trade Center, the names of the victims lining the perimeter of the granite walls encircling the monument. Many held votive candles during a candlelight ceremony.

“I’m hoping that this gives you a bit of solace, a little bit of comfort,” Curran said, because the people who lost loved ones that day can see that Nassau County residents mourn with them in their time of grief.

Richard Siegelman of Plainview read off the names of his former students — Brooke Jackman, Chris Slattery, and Chris Ciafardini — even as he wore on his T-shirt pictures of them as Oyster Bay elementary school students in his classes decades ago.

“It was beautiful, very beautiful,” said Jack Mesa of Westbury, who sat in the rear rows of the event after coming to honor his friends, firefighters Timothy and Thomas Haskell and Kevin Prior. “It was very honest and comforting.”

Schools to mark remembrance day for 9/11 attacksA new state law encourages school districts to have a brief moment of remembrance on the morning of Sept. 11. 9/11 hero Alvarez honored on eve of anniversary"This is the first year of 9/11 that we don't have him with us," the Brooklyn borough president said of Det. Luis Alvarez.