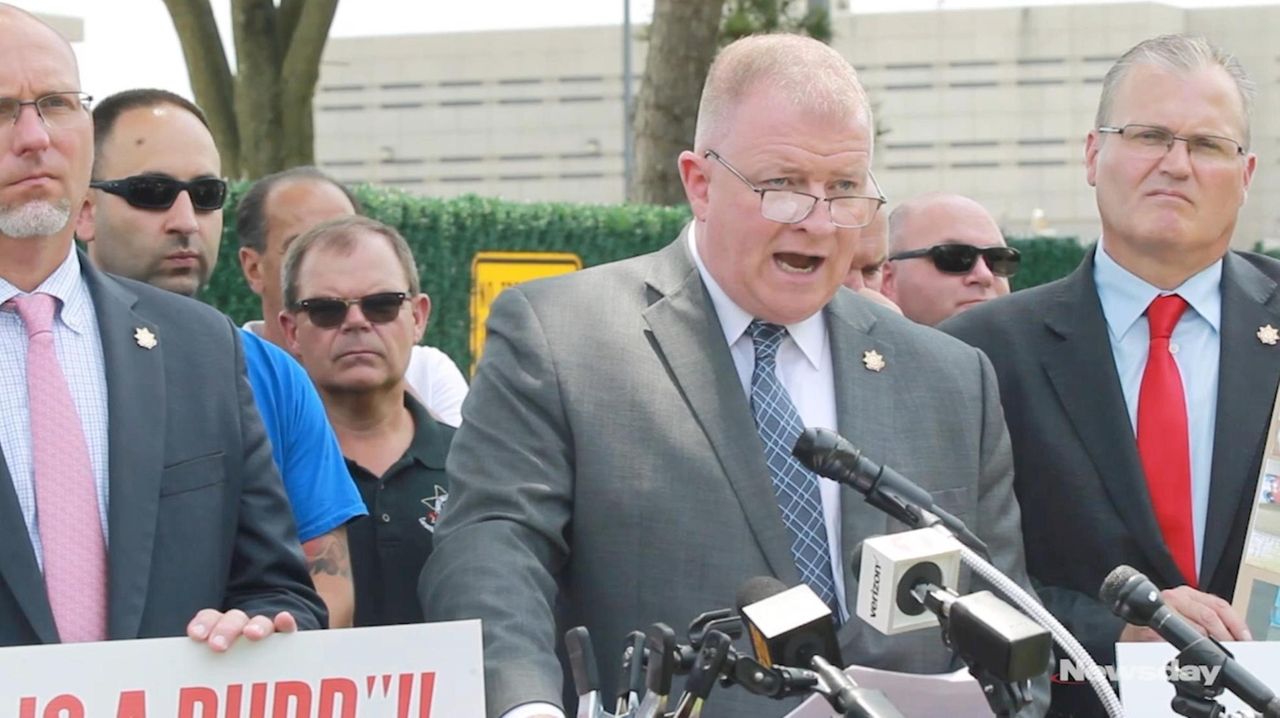 The union representing Nassau County correction officers — which is negotiating a new labor contract — on Thursday demanded the resignation of Sheriff Vera Fludd, accusing her administration of gross mismanagement and incompetence that it says puts employees and inmates in danger.

Brian P. Sullivan, president of the Nassau County Sheriff’s Correction Officers Benevolent Association, the union that represents about 900 correction officers, said Fludd’s 18-month tenure has been plagued with problems that had led to, among other issues, a spike in gang activity and more weapons being confiscated inside the sprawling complex in East Meadow.

“While our officers continue to do their jobs, our administrators fiddle with no idea how to run this facility effectively, efficiently or safely,” Sullivan said at a news conference outside the jail.

The public allegations of a host of internal problems under the Fludd administration — including inadequate staffing and training for the officers — come during collective-bargaining negotiations between the union and Nassau County. Correction officers have been working without a contract since the last one expired on Dec. 31, 2017, and the county said talks began about a year ago.

Fludd — who became a correction officer in 1984 and rose through the ranks to head the state’s largest county correctional facility — did not return calls for comment on Thursday.

Nassau County Executive Laura Curran, a Democrat who took office in January 2018, named Fludd acting sheriff. Two months later, Curran chose Fludd to be the sheriff, an appointment Sullivan initially supported because he said it was supposed to be temporary.

Christine Geed, a spokeswoman for Curran, said Sullivan previously praised Fludd, saying she knows the jail “inside and out.”

On Wednesday,  Suffolk County correction officers  reached a tentative agreement on a new six-year, $52.4-million contract that will increase pay for most members by 10 percent.

The news conference, Sulivan said, has nothing to do with contract negotiations. He said he’s calling attention to the problems at the jail now because efforts to work with the Fludd administration behind the scenes have gone nowhere.

Senior people hired to help Fludd run the jail are leaving, including her second-in-command Undersheriff Alphonzo Albright, who resigned recently without an explanation, according to Sullivan. But Albright, who resigned in June, said in an interview Thursday that he felt things were moving in the right direction at the jail. “I didn’t see any level of incompetence,” Albright said. “Of course, there are always challenges.”