A veteran investigator in the Nassau district attorney’s office lost his job because of accusations that he interfered with the Oyster Bay public corruption probe — including an allegation he tipped off a target of that investigation, sources said.

That probe led to multiple indictments.

At the time of his firing, Falzarano, 58, had worked for the district attorney’s office for more than 15 years. For about a dozen of them, he also had led the union representing investigators. Sources said Falzarano was not assigned to work on the Oyster Bay case.

The former NYPD lieutenant, who also has a private investigation business, plans to contest his firing and fight to get his job back.

“These allegations against special investigator Falzarano are completely without factual or legal merit. We will vigorously challenge them to restore his good name and position,” Garden City attorney Kenneth Weinstein said in an interview.

The district attorney’s office also wouldn’t answer questions about whether a criminal investigation had been or could be launched, or if Singas would seek a special prosecutor to avoid conflicts of interest if such a probe went forward.

The administrative charges accuse Falzarano of talking with a target of the Oyster Bay probe last summer and telling that person — who isn’t named — about the investigation.

They also accuse him of trying to interact with investigators who were part of the corruption probe in an attempt to get information.

The administrative charges allege Falzarano violated a district attorney’s office directive by being in the vicinity of the Oyster Bay case’s special grand jury and a witness during an April proceeding — one held in an area of a building where sources said investigators routinely work.

Singas’ office also has alleged as part of the charges that Falzarano was seen twice last summer near a hallway where only investigators assigned to monitoring a wiretap for the Oyster Bay probe were supposed to be. It is a location in a building where sources said investigators work on a regular basis. 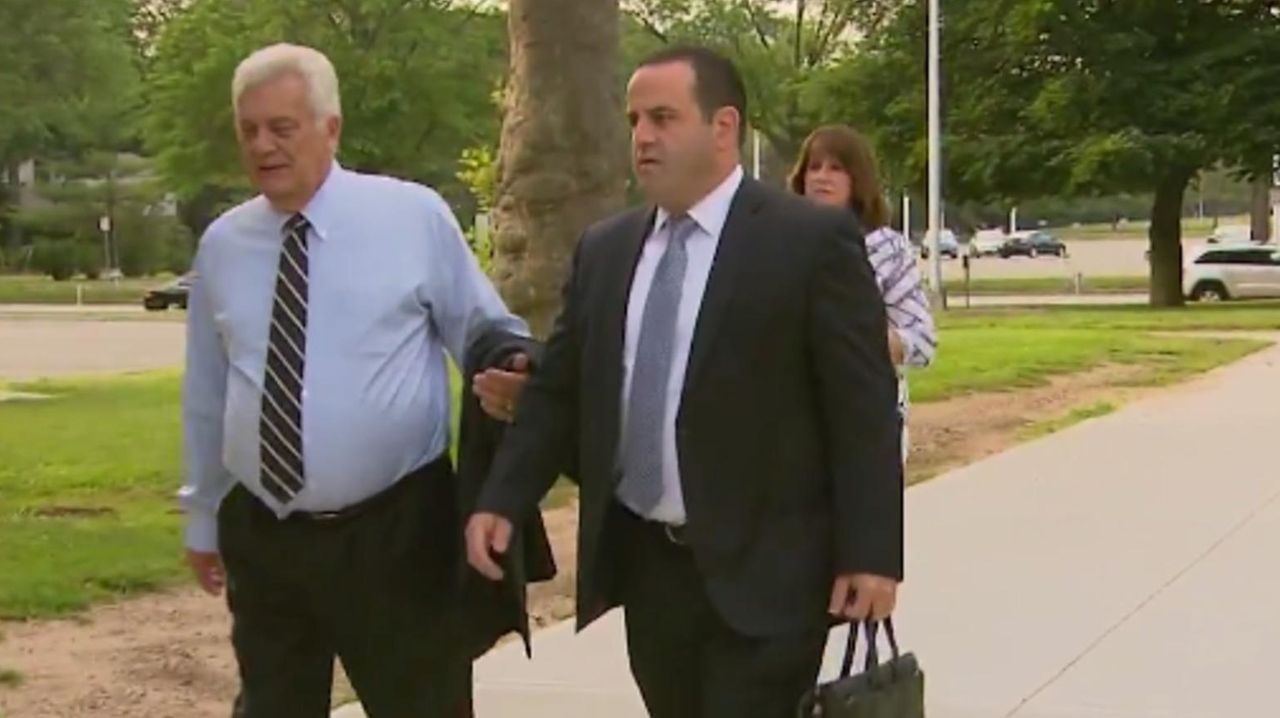 Falzarano was transferred from working out of a Mineola building and sent to work from the district attorney’s Hempstead district court office as the Oyster Bay investigation was going on, sources said.

They said Falzarano found out about his firing in a phone call he got from a high-ranking official in the district attorney’s office while vacationing in Italy, and later got a letter dated June 29 telling him he’d been terminated.

With a job title of Special Investigator II, Falzarano earned $190,578 annually, according to county records that also list a November 2001 hire date for him.

His termination became effective June 30, according to the Nassau comptroller’s office.

As an NYPD lieutenant, Falzarano had been a commanding officer of Manhattan detective squads for more than four years before joining the Nassau district attorney’s office a year later, according to his online career profile. It also says he has a master’s degree in public administration from New York University.

Long Island forecast: Chance of snow overnight, and cold temps continue
Nassau assessments frozen for second year in a row
Pfizer board member: Likely no COVID-19 shot for kids under 5 until at least late March
PSEG puts its plan to offer $1,000 vaccine incentive on hold
Infrastructure improvements, COVID-19 boost LIRR on-time record
1:26
The school year began with rising hopes of a new normal. Then omicron hit.
Didn’t find what you were looking for?