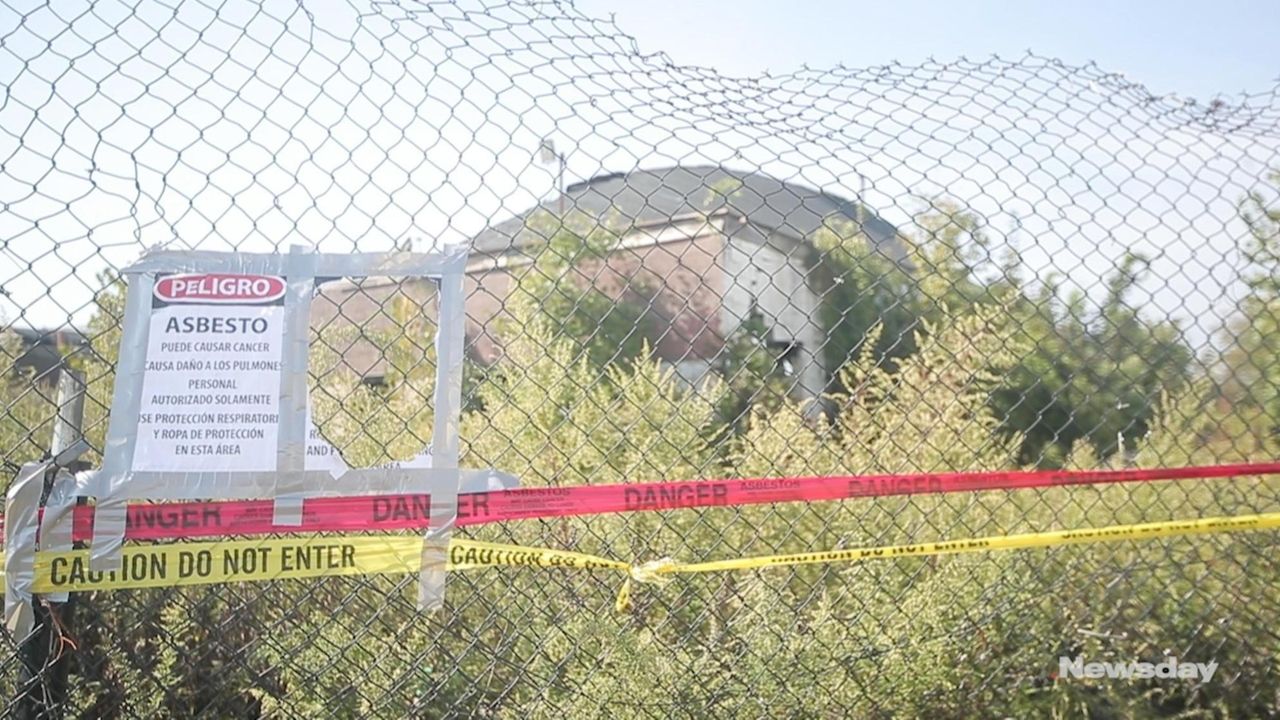 On Oct. 4, state and local officials, including Nassau County Executive Laura Curran, announced the demolition of an old factory in Inwood that has been empty for decades.  Credit: Newsday / Raychel Brightman

State and local officials recently announced plans for demolition of an old factory in Inwood that has been empty for decades.

The property at 175 Roger Ave., formerly the site of Rockaway Metal Products Inc., is fire-damaged and has become a hangout, officials said.

Nassau County acquired the 85,000-square-foot site in 1995, but it has not been touched in 28 years, officials said. The U.S. Environmental Protection Agency declared the 66-year-old building a Superfund site because of hazardous materials.

Town of Hempstead Supervisor Laura Gillen noted the effects the abandoned property has had on the neighborhood.

“It’s not only an eyesore, it drops down property value, attracts illicit activity and is unsafe for the community,” she said at a news conference on Thursday.

Last winter, the roof caved in during a storm, making it a dangerous site for the community, County Executive Laura Curran said at the news conference.

Watral Brothers Inc. of Bay Shore has been contracted for $1.27 million for demolition and disposal. The total cost of the project is $1.65 million, which includes $380,000 for construction management and environmental monitoring, officials said.

A demolition plan, which was approved by the state Department of Environmental Conservation, calls for the contractor first working along the south property line near residences, officials said. A protective mesh will be put up before the south wall is taken down by hand. The remaining demolition will be done with heavy equipment. Debris will be removed throughout the process.

Demolition is expected to take three months. The county is accepting requests for proposals for development of the site.