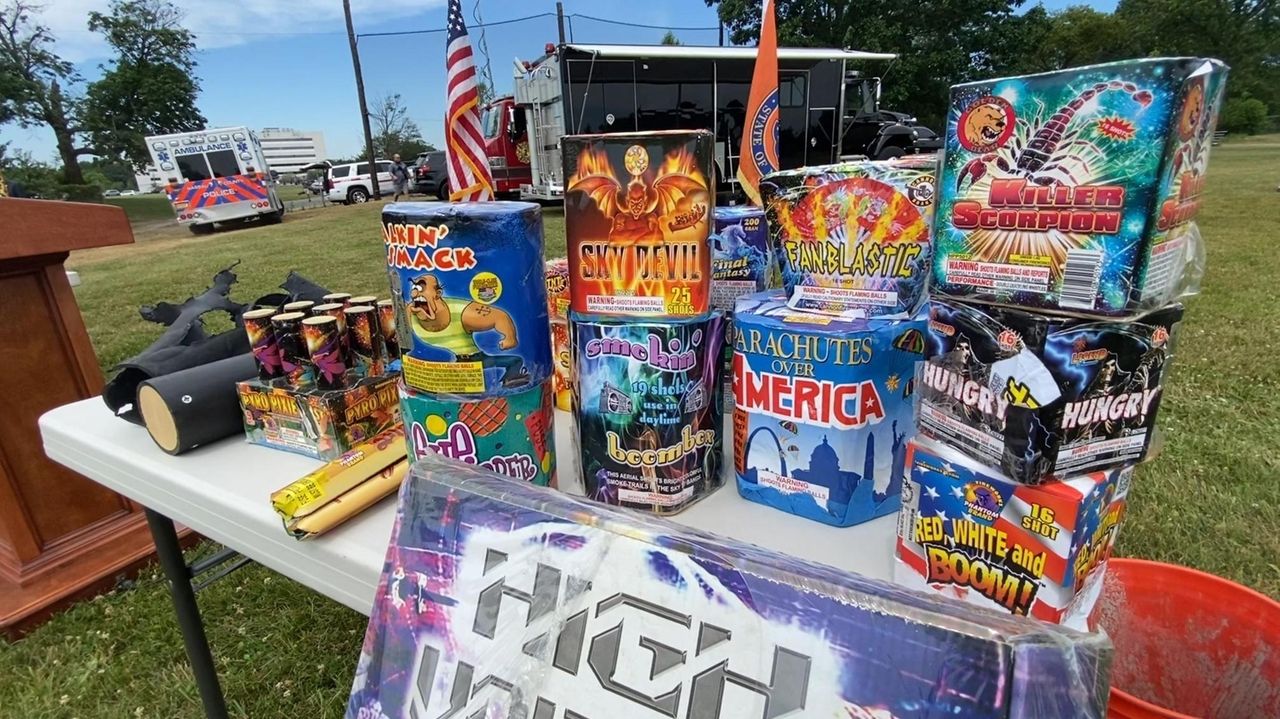 Complaints by Nassau residents about illegal fireworks have spiked more than 400%, as the pyrotechnics shatter the quiet of many communities, frighten household pets and create an unnecessary source of danger, particularly for young children, county officials said Thursday.

"The Fourth of July is a little more than a week away but in Nassau County it seems to have already arrived," Curran said during a news conference at Eisenhower Park in East Meadow where law enforcement illustrated the danger of fireworks by igniting a recently seized cache of illegal sparklers, M-80s and blockbusters.

Nassau Police Commissioner Patrick Ryder said complaints are coming from across the county but generally result in few arrests. By the time law enforcement arrive, Ryder said, the fireworks have often all been set off and all that remains is a cloud of smoke. 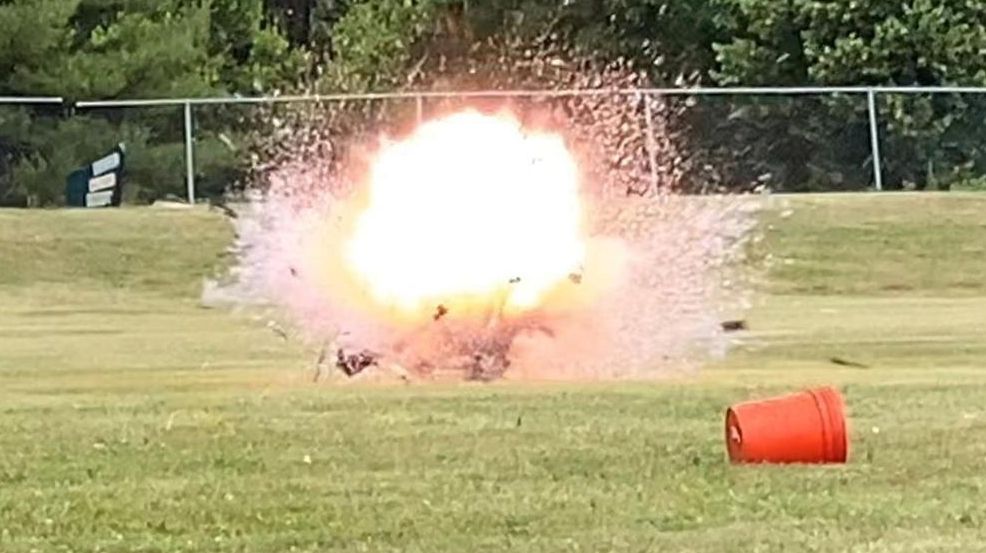 "When we get there the fireworks are done. Everyone stands back; they pick up their drink and stand there in the yard like nothing happened," Ryder said. "It's time for people to be responsible and act like adults … Unless they are in the act of lighting the fireworks off or we see it in their possession it’s impossible for us to take some kind of action."

Nassau officials said fireworks are more than just a public nuisance, setting off vets with PTSD while terrorizing household pets and the county's wildlife.

"It sounds like bombs going off," she said. "My poor dog doesn’t want to walk in the street because of the fireworks."

Kim Bubanj said it sounds like gunshots going off in her Elmont neighborhood every night.

"I would prefer it to stop," she said. "Let them have their fun on the Fourth of July and let that be the end of it."

New York Mayor Bill de Blasio, who earlier this week announced a crackdown on suppliers and dealers of fireworks, said Thursday that the NYPD had arrested 12 people in the Bronx — "suppliers, people who are bringing in the actual quantities." The city sheriff's office, he said, arrested 10 people on Staten Island while the FDNY busted a dealer in Manhattan.

"This effort has just begun. It's going to keep growing," de Blasio said one day after a 3-year-old boy was injured in the Bronx when a firecracker went into his family's sixth floor apartment window. "We have to shut down the source."

Det. Lt. Ken Strigaro of the Nassau Police Department's Arson Bomb Squad said 35% of fireworks-related injuries are caused by sparklers, most often to children who suffer burns to their hands or fingers.

Ryder attributed the rise in fireworks complaints to the COVID-19 pandemic, with residents looking to let off steam after being cooped up at home for months.

"Let's enjoy our time together as families instead of spending it in the hospital or a night in the Nassau County jail because you got caught with these fireworks," Ryder said.

Nassau residents are encouraged to call 911 to report fireworks going off. Reports about the sale of illegal fireworks can be made through a new Department of Consumer of Affairs tip line at fireworkssales@nassaucountyny.gov

How to calm panicky pets during fireworksFireworks can scare and disorient dogs, cats and wildlife, but there are steps you can take to minimize the trauma.