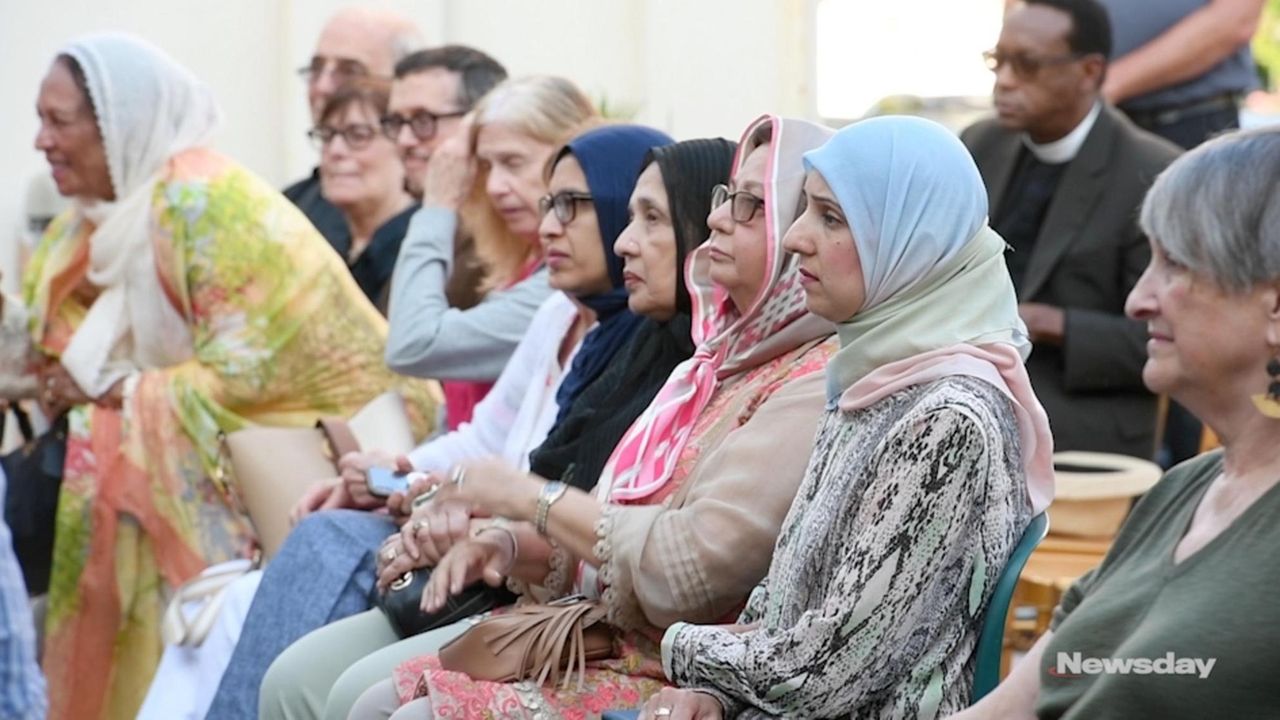 Nassau County communities came together on Wednesday to advocate for humane immigration policies in the name of human dignity and compassion. Credit: Newsday / Steve Pfost

The leaders criticized what they described as horrendous conditions in detention centers where the Trump administration has temporarily housed thousands of immigrants who have illegally crossed the U.S.-Mexico border in record numbers in recent months.

They also condemned the government for separating migrant children from their parents at the border, and generally making it more difficult for immigrants to enter the country.

Bishop Lawrence Provenzano, head of the Episcopal Diocese of Long Island, said he visited the border earlier this year and was appalled.

The scene was “horrific, saddening, embarrassing,” Provenzano told a crowd at The Islamic Center of Long Island. “This is a homegrown disaster that we are responsible for creating.”

The incarceration of children and the separation of families “is an unspeakable sin,” he said. “It isn’t policy. It isn’t political. It is in fact evil."

Provenzano, whose diocese stretches from the Brooklyn Bridge to Montauk, also said that in response to the federal immigration policies, some in the diocese were prepared to break the law.

He noted that the diocese this year agreed to become a sanctuary diocese, giving shelter in churches to immigrants facing deportation.

Trump and top officials have defended their “zero tolerance” policies, saying they are doing their best to handle an onslaught of immigrants in the country illegally that has overwhelmed U.S. immigration agencies trying to enforce the law.

Trump recently tweeted that some of the children’s detention centers toured by politicians and the media were “well-run” and “clean.” News reports depicted men forced to sleep on concrete floors and unable to shower for days.

“There is a huge humanitarian crisis” on the border, said Dr. Isma Chaudhry, chairwoman of the Islamic Center.

“It’s not about politics. It is about human dignity. It is about compassion,” she said. “What we are saying is finish the inhumane and cold-blooded treatment in our detention camps and come up with humane immigration policies.”

Patrick Young of the New York Immigration Coalition urged the group to contact their congressional representatives to press them to offer no more increased funding for agencies such as the U.S. Border Patrol and ICE, which he said were carrying out policies such as the separation of families.

“We want our voices to go beyond God,” Young said. “We want to make sure it also goes to Washington."