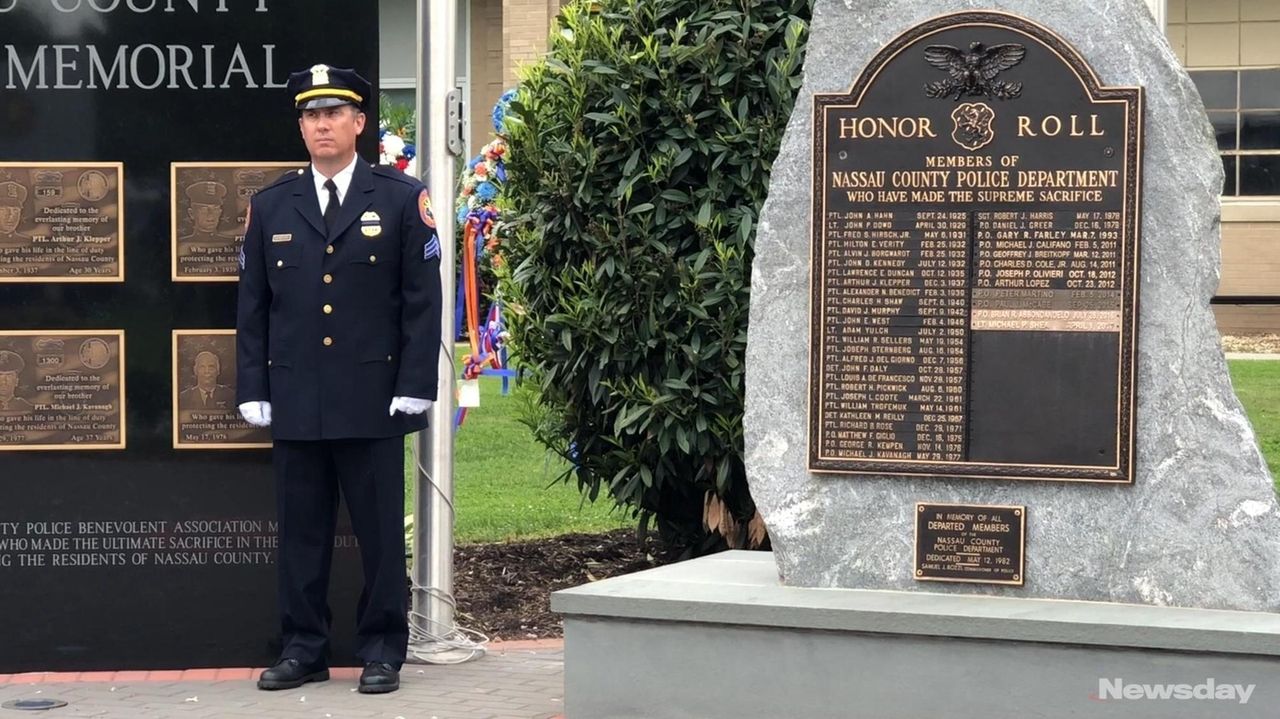 The names of two Nassau County Police Department members were added to a memorial wall on Tuesday dedicated to officers who died in the line of duty.

Lt. Michael Shea and Officer Brian Abbondandelo both died of brain cancer stemming from their time aiding in the recovery effort at Ground Zero, officials said.

Bronze plaques that included their photos, names and the dates they died were affixed to the memorial wall in a solemn ceremony outside Nassau police headquarters.

“It was the brave men and women, like Michael and Brian, that worked side by side with many other first responders and they did it without question,” Ryder said. “And if you asked them today, they would say, ‘I did my job.’ ”

Loved ones choked back tears and embraced as the bronze plaques were unveiled.

The plaques were affixed to one of six slabs of concrete that surround a piece of bedrock featuring their names and those of the other 36 Nassau officers who died in the line of duty.

JeriAnn Abbondandelo, 53, of Roslyn, was with her three children and gently sobbed as she saw her husband’s face and name immortalized on the wall.

“He was a great person. He was funny. He had so many friends. He would help everyone. That was just his personality,” she said of her husband, a Roslyn native.

Abbondandelo, who died on July 28, 2016, worked in the Marine bureau when the towers were struck. His rescue operation soon became a recovery mission when they realized there was no one to be saved.

Michael Shea served in the NYPD’s Highway Division until he joined Nassau County in 1990. He became a sergeant in 2006 and lieutenant in 2015. His wife, Ingrid Morales Shea, 55, of Oyster Bay, said her husband was part of a security detail outside Ground Zero. It wasn’t until her husband complained of a headache that they discovered he had brain cancer almost two years ago.

“He wanted to show everybody that he was not giving up,” Shea said. “They even call him indestructible because he wanted to prove to everyone that he was going to fight this. But it was a disease that wasn’t curable.”