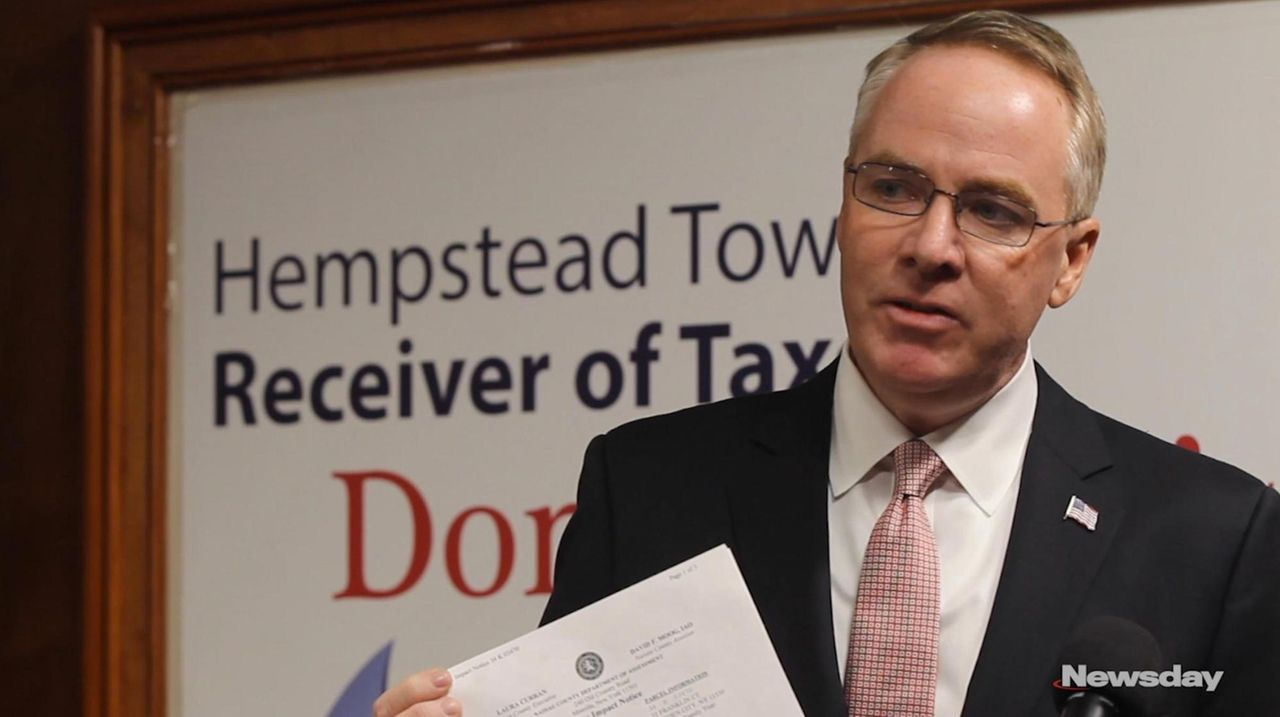 Thousands of Nassau homeowners say they have yet to receive legally mandated property-tax-impact notices — two weeks before their newly assigned home values lock in, according to Hempstead Receiver of Taxes Donald Clavin.

But Nassau Assessor David Moog said  the last of the notices were mailed out last week and that homeowners who have yet to receive the document can go to the county’s website to print it out.

Many homeowners use the notices, which the Nassau Legislature mandated to be mailed out by Nov. 15, as the basis for scheduling appointments with the county’s Assessment Department to identify errors in their assessments.

More than half of all county homeowners are expected to see property tax hikes as part of the massive reassessment and the rest will see reductions, officials said. The new values are included in the tentative tax assessment roll, which will become permanent Jan. 2 for use in the October 2020 school tax bills. Homeowners who see a property-tax hike will still be able to formally grieve the increase.

“Nassau County residents want a fair and open transparent reassessment process,” Clavin, a Republican, said at a news conference Wednesday in Hempstead, where he called for a status report on the notices from the Curran administration. “Right now they are not receiving them.”

Clavin said more than 3,000 residents have attended public forums across the Town of Hempstead  in the past three weeks, expressing concerns about the reassessment process. The majority of residents attending those forums, particularly in Seaford, Elmont and Baldwin, say they have not received the notices, according to Clavin.

“I don’t know what to tell you,” Moog said in an interview. “Everything has been mailed out.”

Clavin said he’s also heard from staff at the Assessment Department that as many as 20,000 tax-impact notices were  sent back to the county as undeliverable.

Moog said the number is closer to 10,000, amounting to about a 2.5 percent return rate, which he called “excellent” for mass mailings.

“I don’t know who Don Clavin is talking to,” Moog said. “Did he speak to a messenger? A cleaning lady? No one I know spoke to him.”

Legis. John Ferretti (R-Levittown) said he’s heard from hundreds of residents in his district, particularly in condominiums, who have yet to receive the notices.

What will reassessment do? FAQs answered

“This is absolutely unacceptable,” Ferretti said. “This is just one of many comedy of errors during the reassessment rollout. It’s just the snafu of the day.”

The rollout of the reassessment process — the first since former County Executive Edward Mangano, a Republican, froze the rolls in 2011 — has been riddled with mistakes and unforced errors.

Last month the Curran administration announced it had corrected 60,000 tax-impact notices posted on the county’s website because Moog had used preliminary, rather than final, values when estimating reassessment’s effects on property tax bills. An additional 20,000 assessment disclosures had to be redone because Nassau mistakenly increased the assessments of those properties by more than the 6 percent allowed by state law.

Moog announced last week he was adjusting the values of more than 40,000 residential properties after hearing from thousands of homeowners about errors in their new assessments.

Earlier this month, a robocall intended for 3,500 seniors was erroneously sent to 400,000 households, spreading confusion about whether they would qualify for tax exemptions and sending hundreds of taxpayers to the assessors’ office, seeking answers. Curran said the call was authorized by communications director Michael Martino in an effort to ensure that information reached eligible seniors.

Nassau adjusting over 40,000 property valuesNassau is adjusting the values on more than 40,000 residential properties after hearing from thousands of homeowners about errors in their new property tax assessments, the county assessor said. Curran defends property reassessmentAbout half of residential property owners would see tax hikes and half would get decreases under the Nassau County executive's plan.