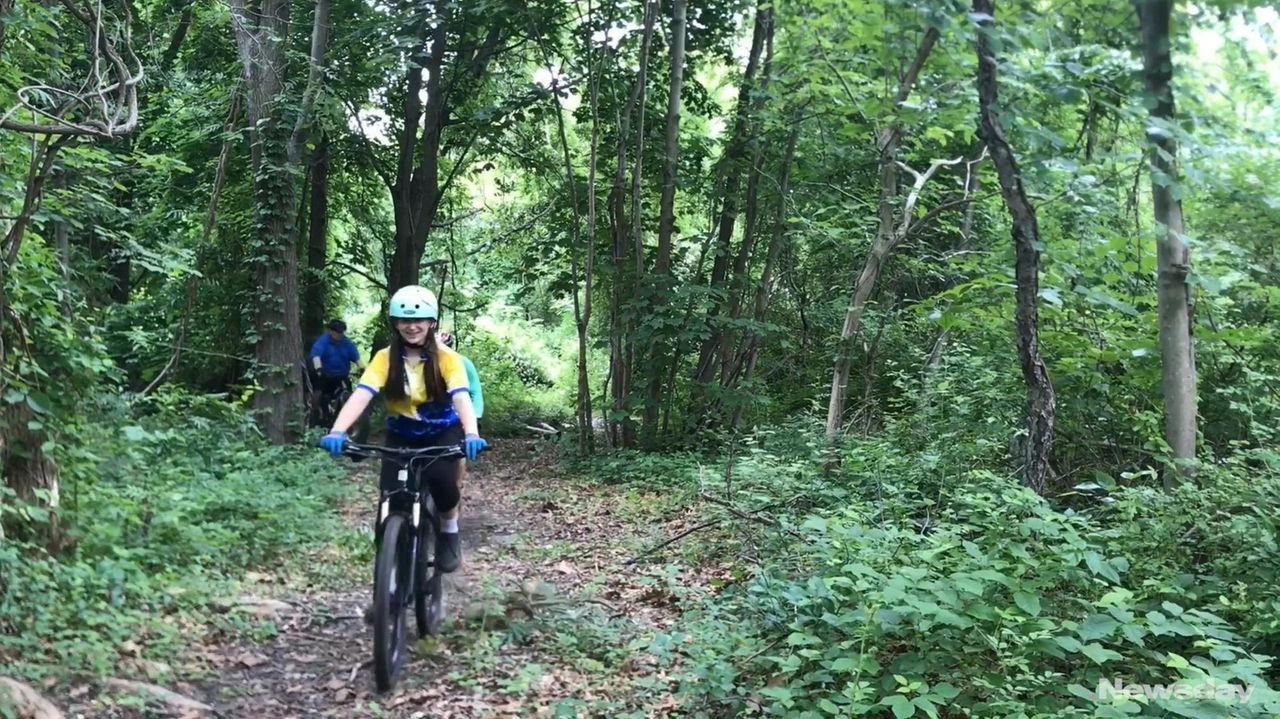 Inside a 200-acre nature preserve in Port Washington are trails overgrown with weeds and overrun by poison ivy. But outdoor enthusiasts will reclaim the land with a project announced Monday to carve out five new miles of trails for hikers and mountain bikers to enjoy.

North Hempstead Town officials, in coordination with the nonprofit Port Washington Green, have partnered with Concerned Long Island Mountain Bicyclists, or C.L.I.M.B., a Woodbury-based nonprofit specializing in establishing trails all over Long Island and beyond. The trail is expected to be completed by next spring, weather permitting, officials said.

Town officials said they are exultant about the project at the Hempstead Harbor Nature Sanctuary, which is subsidized by the Woodbury nonprofit and will be funded with donations and involve hundreds of volunteers.

Councilwoman Dina De Giorgio said the project was “almost too good to be true.”

“It’s going to be a tremendous resource for the town of North Hempstead, for the peninsula,” De Giorgio said at a Tuesday town board meeting. “It will open up an area that is quite beautiful that wasn’t really available to the public before.”

The town first acquired the nature preserve in 2007, in a land transfer with Nassau County that also included several roads and parks previously operated by the county, as well as the 90-acre-waterfront property across the road that is now called North Hempstead Beach Park.

Elizabeth Moran, Port Washington Green’s president, said that the sanctuary is one of the last pieces of land that hasn’t been touched in recent years, amid increasing development in both the town and on Long Island in general.

“We believe in making nature accessible to people, because if they don’t get in there and enjoy it, they just go in and develop it,” Moran added.

Town Supervisor Judi Bosworth said at the Tuesday town board meeting that there would be no development in the nature preserve, adding that the new trails are part of the town’s commitment to protecting the environment. In April 2017, the town board banned ATV riders from town property, including in the nature sanctuary.

As avid mountain bikers and Port Washington residents, George Mousouroulis, 49, and his daughter, Lyla Grace, 11, said they are thrilled about the prospect of mountain biking closer to home.

“We go and enjoy nature preserves in other towns rather than our own beautiful town,” Mousouroulis said. “Now we can go after school instead of reserving rides for the weekends.”

Michael Vitti, president of the Woodbury-based nonprofit Concerned Long Island Mountain Bicyclists, or C.L.I.M.B., estimates that the project, which is free of charge to the town, would cost about $120,000 if handled by a private contractor. He said plans for the Port Washington preserve include: