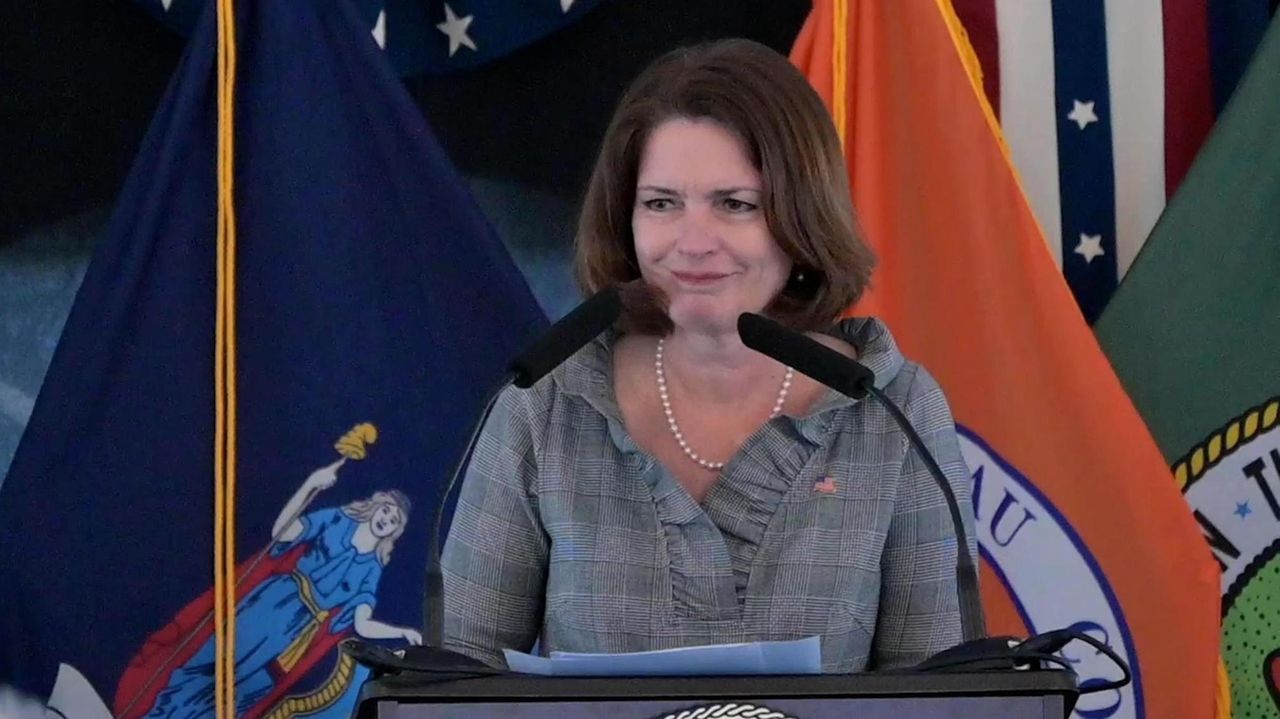 North Hempstead Supervisor Jennifer DeSena, who was sworn in during an inauguration ceremony Sunday, promised to enact "real change" and remove partisan politics from the town’s government.

"As of today, partisan party politics will no longer have a place in Town Hall," DeSena said. "It simply cannot, especially when the best interest of our taxpayers are in place. I vow to our residents to remove politics from the fray and restore government to the taxpayers we are supposed to be serving."

DeSena, who is the first Republican nominee to win the office in more than three decades, was sworn in by Legis. Richard Nicolello (R-New Hyde Park), presiding officer of the Nassau County Legislature, at Clinton G. Martin Park in New Hyde Park.

Republican Town Clerk Ragini Srivastava and Councilmembers Robert Troiano Jr., a Democrat, and Dennis J. Walsh, a Republican, were also sworn into office. Newly elected Councilman David A. Adhami, a Republican, was not in attendance.

In the November election, DeSena was a part of a strong showing of Republican candidates, as she defeated Democrat Wayne Wink. She is a registered Democrat but ran on the Republican and Conservative party lines. The seat was left open after former Supervisor Judi Bosworth, a Democrat, did not seek reelection to a fifth term.

Troiano was the lone Democrat to win his race and regain a seat he held from 2004 to 2010.

The town board is now split between four Democrats and three Republicans. However, the new council members expressed a need for unity.

"I intend to work with everybody," Walsh said. "We need to move the government forward. There are things that need to be corrected and that can only come through working together collectively."

DeSena’s message was also one of unity, change and transparency.

"I promise to streamline the top heavy town management, cut wasteful spending and bring efficiency to a government known for dragging its feet even on simple matters," DeSena said.

"Local government can and should safeguard our quality of life. Be proactive in fostering economic growth and operate in an open, honest and transparent way. These will be hallmarks of my administration," she said.

DiNapoli, a Democrat, echoed the need for unity.

"The polarization and the division we see at the national level, we can’t let that happen here in our town," he said. "It’s a community of talented caring people, who always know how to pull together and make a difference. We truly all have to work together,"

Darwin Yanes, a Newsday reporter since 2021, covers the Town of North Hempstead.