North Hempstead has banned the sale of recreational marijuana within its boundaries, becoming the first Nassau County town to do so.

The ban, passed Jan. 8 during a town council meeting, states that “no building, structure or premises within any use district in the Town of North Hempstead may be used for the sale, distribution or offer for consumption of marijuana or marijuana products in a retail setting or environment for non-medical use.”

Town officials said the law amendment will help curtail potentially widespread use of marijuana across the town.

“While we certainly understand and support the need for medical marijuana dispensaries and their place in alleviating pain and discomfort in patients, we feel that this law prohibiting the sale of recreational marijuana addresses the concerns brought to us by many residents,” Supervisor Judi Bosworth said in a statement Tuesday. 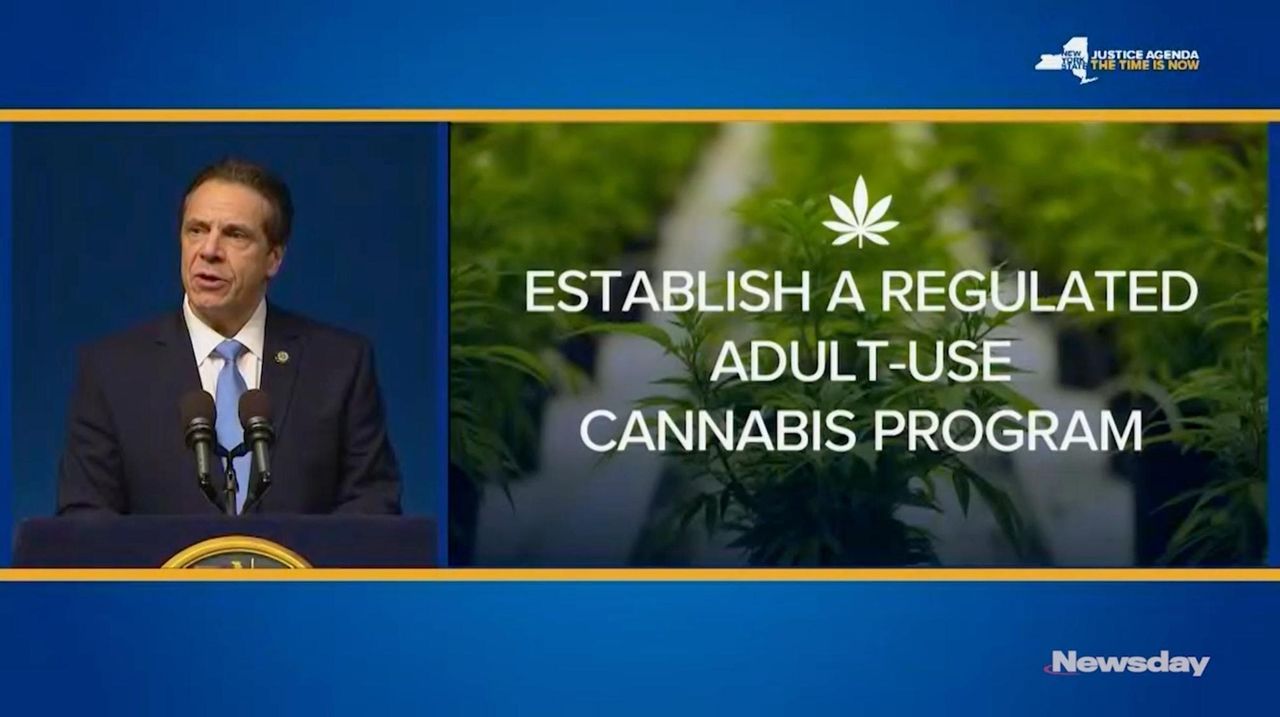 Cuomo gives a big push to legalized marijuana Gov. Andrew M. Cuomo on Tuesday propelled the effort to legalize recreational use of marijuana by including it in his budget address. Credit: News 12 Long Island

Residents at recent town board meetings have voiced concerns about recreational marijuana sales.

Gov. Andrew M. Cuomo this week made legalizing the recreational use of marijuana one of the top items on his agenda for the coming year, saying sales could raise $300 million in tax revenue for the state.

One amendment restricts future medical marijuana dispensaries from opening within 1,000 feet of schools, parks, child care centers or houses of worship or within 500 feet of residential areas.

The state health department gave approval last year for two medical marijuana dispensaries to open in North Hempstead — one operated by California-based MedMen in Lake Success and another in Carle Place operated by Massachusetts-based CuraLeaf.

Weeks before those dispensaries opened, Councilwoman Dina De Giorgio called for a recreational sale ban, saying she has "no issue with people using marijuana for medicinal purposes."

"But I'm totally against legalizing recreational marijuana, so, truth be told, that's the position I think is right," De Giorgio said.