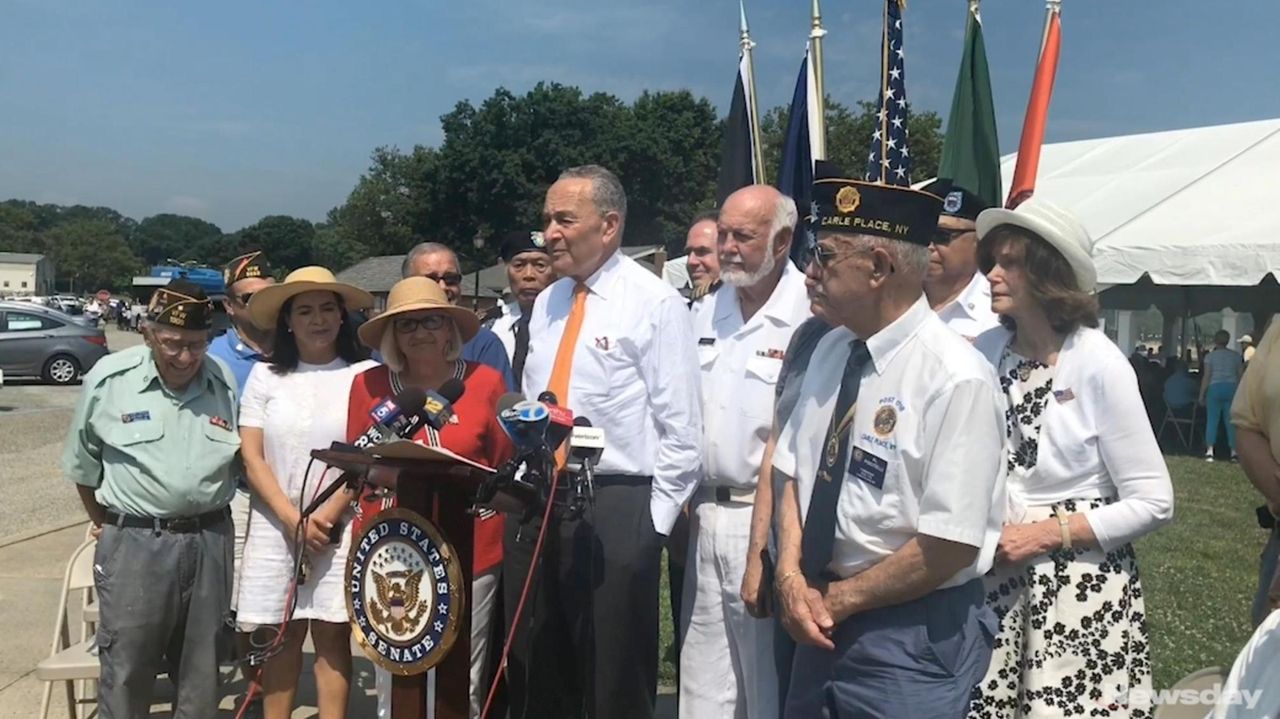 Schumer (D-N.Y.) said at a news conference Monday he would push the federal government to establish an outpatient clinic in North Hempstead and, in the interim, to immediately deploy a mobile veterans center for basic health care needs.

“America has a solemn obligation to protect our veterans … We have hundreds of thousands of veterans on Long Island,” Schumer (D-N.Y.) said at North Hempstead Beach Park in Port Washington. “But unfortunately for many of them, even in their 80s and 90s, veterans have to drive all the way out to Northport to get their health care at the hospital out there.

Advocates said the nearest Veterans Affairs Medical Center in Northport presents an inconvenient and taxing drive for aging veterans. There are two community-based outpatient clinics on the South Shore of Nassau County, in Valley Stream and East Meadow, and the roads can sometimes be congested..

Local veterans said access to the Northport center is a hardship not just for aging veterans but for those who served in all conflicts.

Anthony Catalano, 98, of Mineola, served in the Army during World War II. Because he can no longer drive, he said he relies on getting rides from others to go to Northport.

“After 75 years, they should do something for the veterans," Catalano said. "I came home in '46 … What about the guys that are coming home now?”

There are 47 outpatient clinics in New York State, according to the Department of Veterans Affairs website. In addition to Nassau’s two clinics, three operate in Suffolk County — in Riverhead, Patchogue, and Bay Shore. In 2017 and 2018, a total of 30 community clinics were opened throughout the country, a VA spokeswoman previously told Newsday. The federal agency currently operates 1,242 clinics nationwide.

There are 80 mobile veterans centers nationwide, with two in New York State.

In order to begin construction and secure financing for a new clinic, officials said the VA would have to include the project in its yearly capital plan. Discussions for the agency's annual budget are always continuing, Schumer aides said.

Town officials said that over the past month, they have collected hundreds of signatures to request support from federal representatives, including Schumer. Sen. Kirsten Gillibrand (D-N.Y.) has added her support to the effort, as has Rep. Kathleen Rice (D-Garden City).