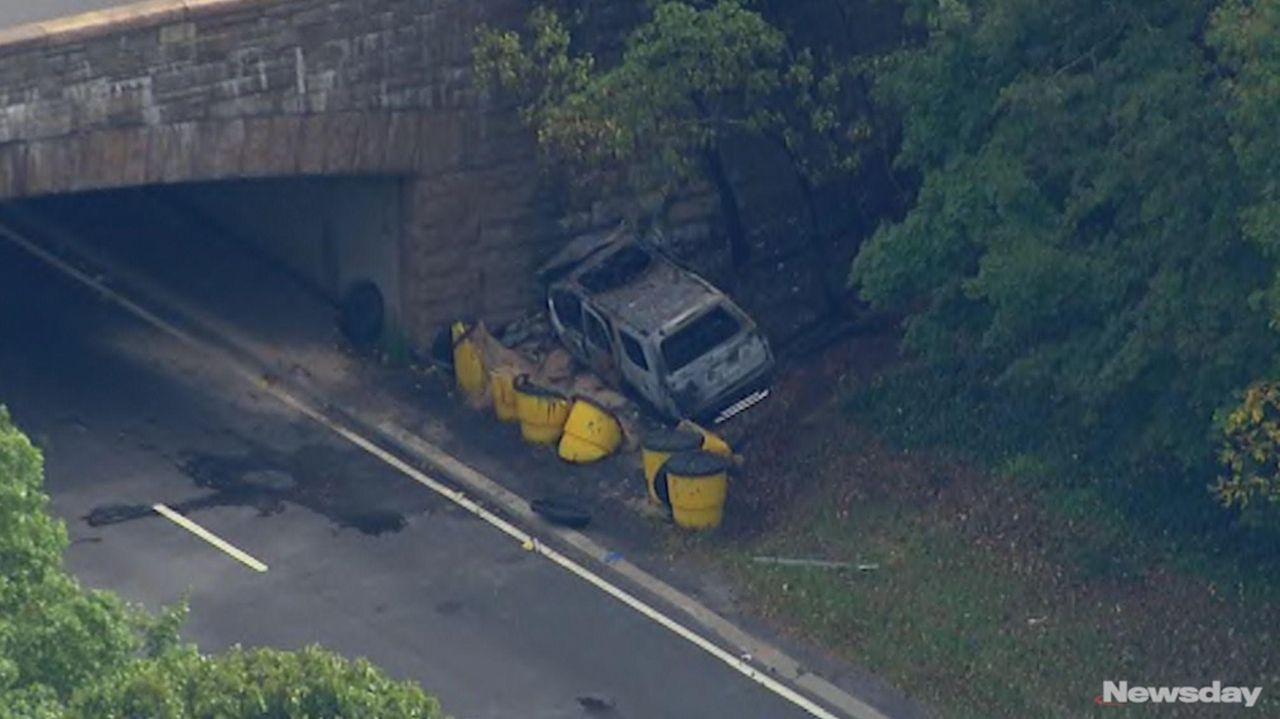 One person was killed in a fiery one-vehicle crash into an overpass on the eastbound Northern State Parkway late Wednesday morning in Hicksville, State Police said.

Rufus Williams, 52, of Hempstead, was the lone occupant of a 2001 Toyota Sequoia when he “drove off the roadway” at 10:55 a.m., striking the bridge at the Cantiague Rock Road overpass, police said.

A photo from the scene showed firefighters battling the ensuing blaze, which engulfed and destroyed the SUV.

Williams was transported to Nassau University Medical Center in East Meadow, where he died, police said.

Most dangerous spots for LI drivers

The state Department of Transportation website informny.com reported at 11 a.m. that the road was closed east of Exit 34 in Westbury; all but one lane had reopened just before 1 p.m. and as of shortly after 2 p.m. all lanes were reopened.

State Police are investigating the crash and urge witnesses to confidentially call (631) 756-3300.