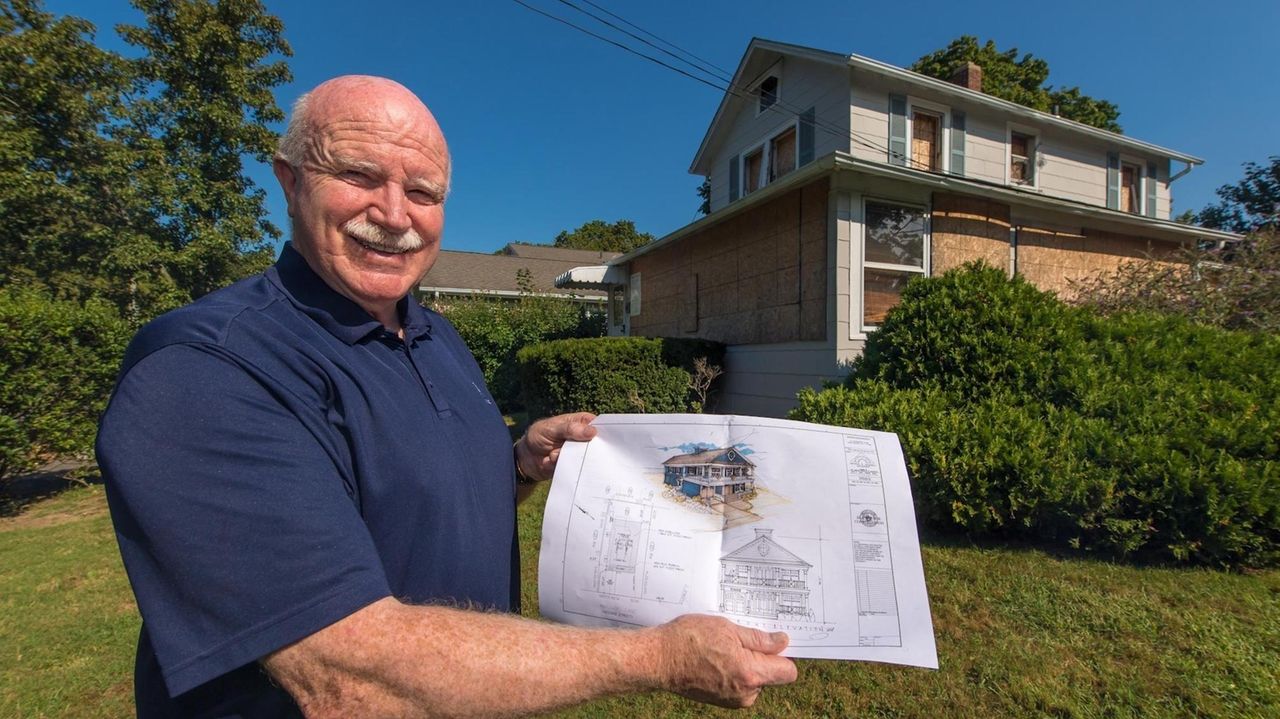 Northport trustee and former deputy mayor Tom Kehoe reiterated Monday that he received “no preferential treatment” in rebuilding his Mariners Lane house, a construction project he had undertaken without proper permits.

After a fire gutted the house in 2017, Kehoe said it was demolished last December. Excavation and foundation work were done between January and February.

Kehoe said he applied for the building permit in March. He received a verbal go-ahead from the village in January or Febuary but nothing written. The construction on his property was issued a stop-work order April 17 after the village zoning board of appeals issued a decision finding the foundation and side entrance noncompliant with his submitted plans.

In a letter Friday, Eric Fauser, the president of Fauser Associates, who conducted the survey, wrote that an error was made “in the drafting of the actual survey instrument that resulted in incorrect offsets being listed in the Foundation Location Survey.”

The trustee said he has applied for a demolition permit to take out the side entrance.

“Sometimes municipal officials make mistakes. They're not perfect,” Kehoe’s lawyer Chris Modelewski said Monday. “Somebody inside the building either made a mistake or didn't recognize that structure was proposed or had misunderstood the application of the statute.”

In a note posted April 23 on the village website, Mayor Damon McMullen announced that trustee Jerry Maline was the new deputy mayor.

Kehoe, who also served as a trustee from 2006 to 2014 and was the Northport police commissioner from 2008 to 2014, said he does not intend to step down from his trustee seat.

Several of Kehoe’s neighbors were at the news conference Monday but declined to comment, adding they will speak at the village’s board of trustees meeting at 6:30 p.m. on  Tuesday at Village Hall at 224 Main St., Northport.