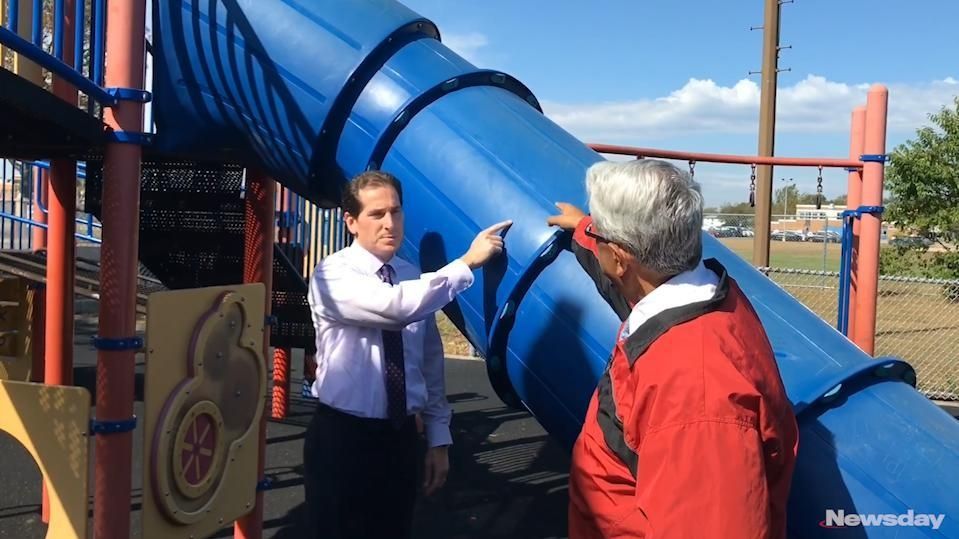 Kaminsky said his wife discovered graffiti, which included swastikas and slurs against African-Americans, Wednesday while visiting the Baldwin recreational area with their toddler son.

“The fact that intolerant bigots would expose our children to such hatred is despicable,” Kaminsky said at a news conference Thursday at the park.

The town removed the graffiti, which had been written in permanent marker, on Wednesday. Nassau police said the graffiti incident is under investigation.

Santino said the town has been working with police on the incident. He said he is asking for the case to be prosecuted as a hate crime, noting several other incidents of anti-Semitic graffiti in recent months around Long Island.

“It is truly disgusting that criminals would choose to target an area used by children,” Santino said. The town does not have video surveillance of the playground.

Kaminsky said people in the community — especially Holocaust survivors — shouldn’t have to encounter symbols of hatred, and said the town and community needs to stop these acts.

“My wife was extremely disturbed, but also grateful my son didn’t know what he was looking at,” Kaminsky said. “Covering it up is not enough. Even if this was a prank, there was a clear line crossed with deep impacts that horrified people that we cannot accept on Long Island.”

Police are asking anyone with information to call Nassau County Crime Stoppers at 800-244-8477.