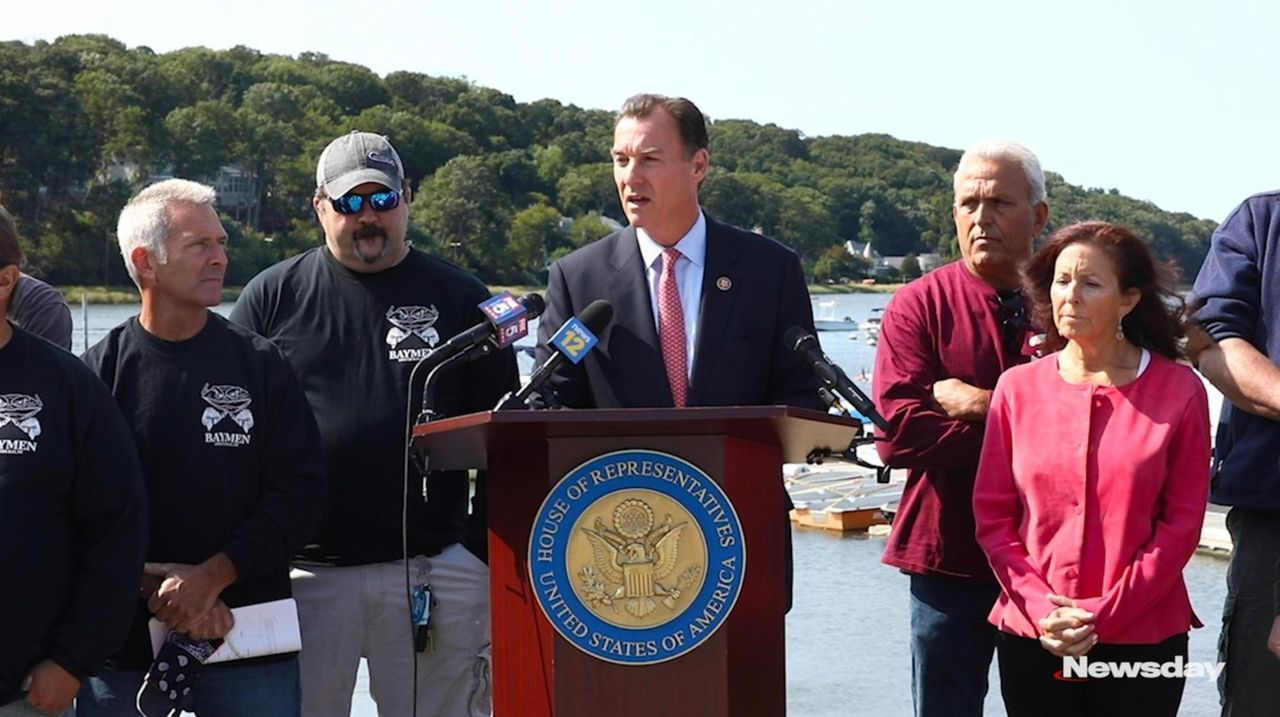 On Monday, Rep. Thomas Suozzi called on the Army Corps of Engineers to re-examine its permitting processes specific to hydraulic shellfish harvesting of clams and oysters in the Town of Oyster Bay. Credit: Newsday / Chris Ware

Suozzi urged the Army Corps of Engineers to review its permit to Frank M. Flower & Sons to harvest in the creek, which lies on the western portion of Oyster Bay harbor.

James Cammarata, attorney for Frank M. Flower, said the company received a permit to transplant shellfish from Mill Neck Creek to another part of Oyster Bay harbor in May but that plan was shelved. Cammarata disputed that the company’s methods caused environmental problems.

"The adverse environmental impact that Rep. Suozzi suggests is occurring in the estuary is not supported by science or fact," Cammarata said in a statement. "To the contrary peer reviewed scientific studies have clearly established that the harvesting methodologies employed by [Frank M. Flower] … do not cause the adverse impact suggested by Rep. Suozzi."

Flower's harvesting method uses high-pressure water shot on the bottom of the harbor to loosen up sediment, followed by a metal basket that scoops up the shellfish.

In a letter to Army Corps of Engineers New York District Commander Col. Matthew Luzzatto dated Sept. 21, Suozzi wrote that the dredging should not have been approved without Frank M. Flower first obtaining a permit under the U.S. Clean Water Act. Frank M. Flower leases underwater land to harvest shellfish in Oyster Bay harbor under a 30-year agreement that expires in 2024.

Cammarata said shellfish cannot be directly harvested in Mill Neck Creek because of the presence of bacteria. Frank M. Flower planned to transplant a limited number of a shellfish from the estuary to another part of Oyster Bay harbor where they would sit for at least 30 days and be tested for contaminants before they could be harvested, he said. The plan was intended to preserve jobs for the company’s employees during the COVID-19 pandemic but proved to be too complicated to carry out and subsequently employees were furloughed.

Cammarata said the company has withdrawn a permit application it filed with the Town of Oyster Bay to transplant the shellfish.

The Army Corps of Engineers did not respond to requests for comment Monday.