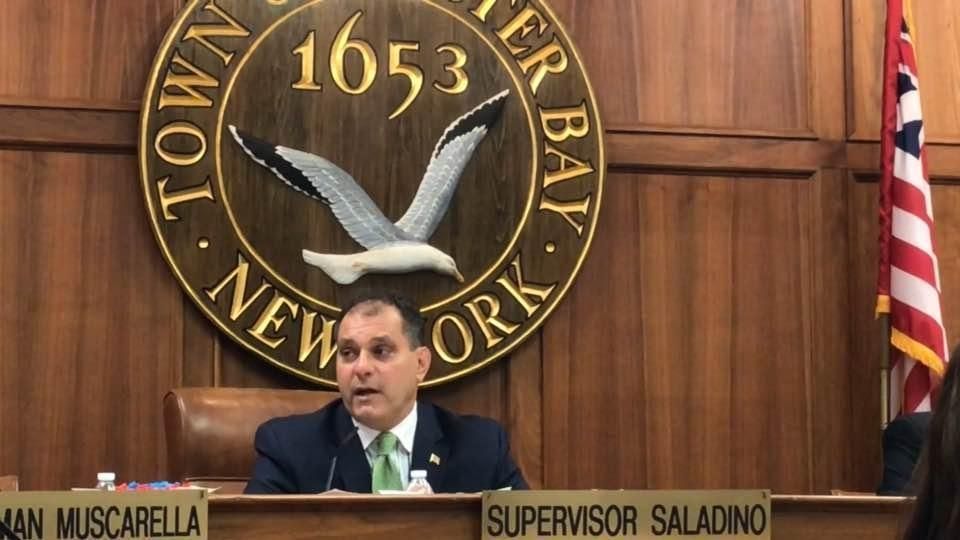 The Oyster Bay Town Board postponed a vote on a parking permit fee hike at its Feb. 6, 2018, meeting. The increases at the town's commuter lots will be considered at the next town board meeting. (Credit: Newsday / Ted Phillips)

Parking permit fee increases at Oyster Bay’s commuter lots will be considered at the next town board meeting after board members on Tuesday voted against a proposal for a 900 percent increase.

The unanimous rejection of the proposal was intended to create a new resolution for the public to view before the Feb. 27 meeting rather than amend the original Jan. 9 version.

Oyster Bay finance director Robert Darienzo told the board that raising the permit fee would boost revenue in the town’s parking fund. The town’s parking facilities have an $8.2 million budget in 2018, with $7 million coming from property taxes and $700,000 from parking permit fees.

“If the town were to choose to increase . . . the fees, we will create a surplus in 2018,” Darienzo said. “Then moving forward in 2019 we will know about how much money we should receive on a regular basis and will be able to correspondingly lower taxes.”

If the proposed fees were adopted and the current level of permit holders remained unchanged, the fees would bring in $2.1 million, a $1.3 million increase. That increase would be the same amount the town cut property taxes in the 2018 budget.

“To single out commuters and raise the fees for services that we cannot fully provide or improve on due to the lack of parking spaces, and lack of available land to create new parking spaces, is wrong,” Town Clerk James Altadonna Jr. said at the meeting.

Town Supervisor Joseph Saladino said the proposed fee increases “shifts some of the burden in a more fair way so that the public, the property tax payers don’t have to foot the whole bill . . . and those using the lots will take a little bigger bite out of the responsibility of paying for the maintenance.”

Saladino said he would form a committee to look at creating additional parking spaces.

After a lengthy discussion over the fee hikes and public input, the board voted unanimously against an earlier proposal that would have hiked the annual fee to $100.