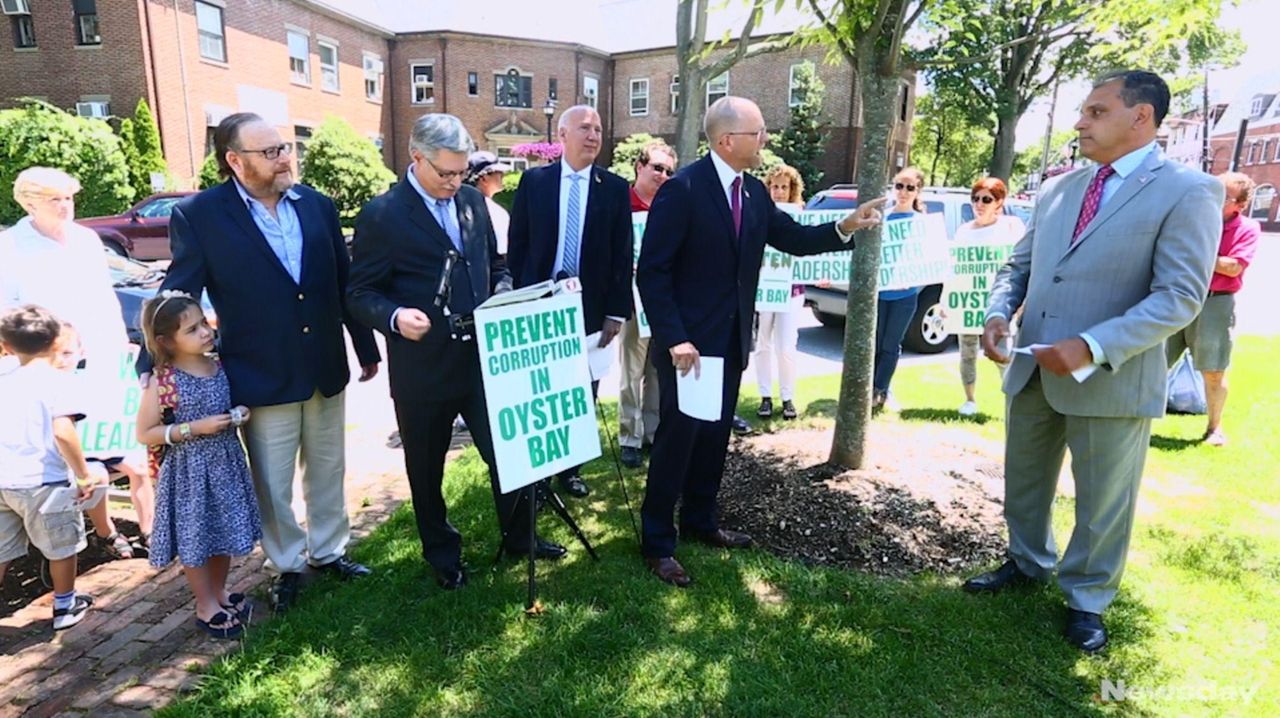 As Marc Herman, the Democratic challenger to Saladino in the November election, outlined the party’s agenda for new ethics rules, Saladino interjected comments during the news conference that lasted about 30 minutes.

“We believe there is corruption going on from the leadership and a change needs to be made,” Herman said.

He called for transparency in budgeting and contracting, and said the Democrats want to create an independent inspector general’s position in the town to oversee contracting.

“It’s a shame we have to do this but this is what this administration has forced us into,” Herman said.

Herman told Saladino, who stood about five feet away, to be respectful or leave.

“I don’t interrupt your town meetings, I don’t expect you to interrupt me,” Herman said.

As Herman continued, Saladino talked over him.

“Shouldn’t you be in town hall doing your job right now instead of campaigning?” James Versocki, a Democratic candidate for Town Board asked Saladino.

Democrats called for new anti-nepotism rules, a prohibition on campaign contributions from town employees, and a stop to taxpayer-paid mailers with officials’ names on them 90 days before an election. .

“We don’t need our names on signs, we don’t need our egos stroked like this current administration,” Democratic Town Board candidate Robert Freier said, adding that signs at town facilities should be replaced with ones that indictate the name of the facility and include a phone number for public safety.

Saladino, who spoke over most of Freier’s remarks, said putting up new signs would be costly.

“He would like to waste taxpayer dollars,” Saladino said.