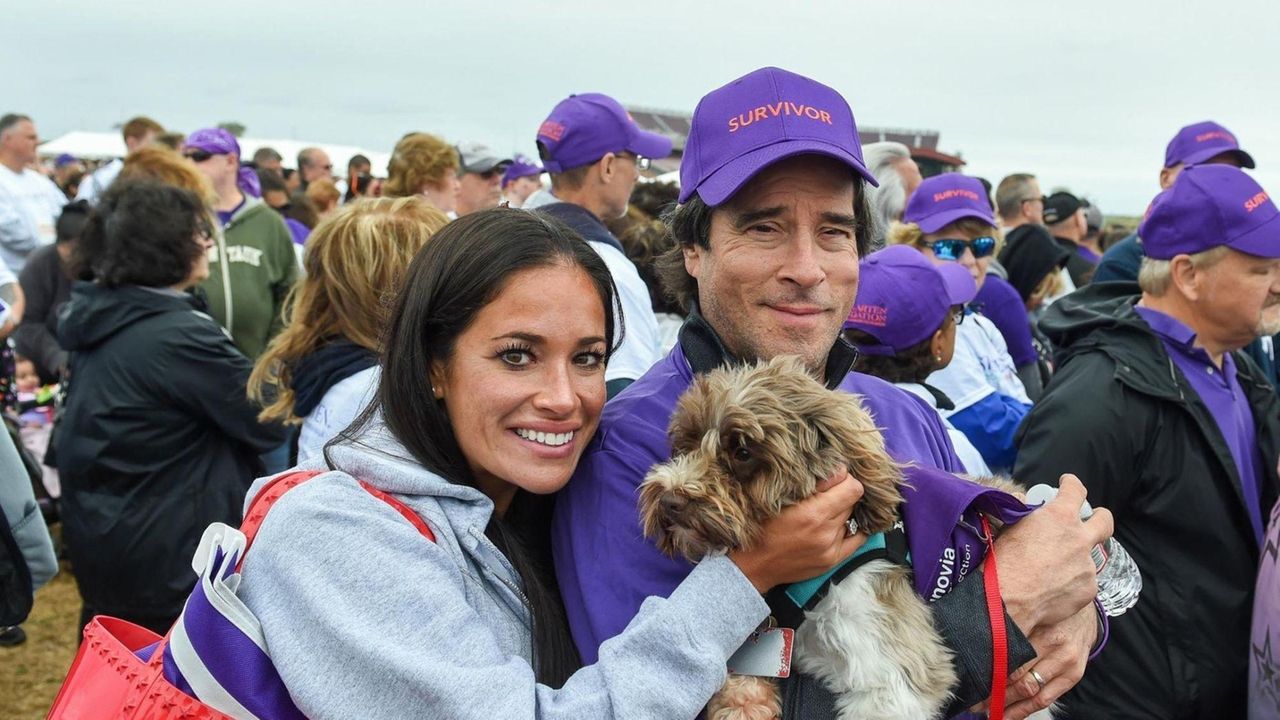 In the past few years, Bob Maloney has held a handmade sign that says “HOPE” at the annual Lustgarten Walk. Every year, he would cross the old number and add a new one on the sign.

The new number this year is 10, marking the decade since his diagnosis of pancreatic cancer. Maloney, 76, of Queens, has been cancer-free for the past three years after surgeries and years of chemotherapy.

Maloney and his family were among thousands who walked 1 or 3 miles on a chilly, cloudy morning Sunday at Jones Beach State Park.

“We feel very lucky,” his wife Diane Maloney, 68, said. “We hope that people who are currently fighting will see Bob’s survival and that it would give them hope.”

The 19th annual walk, which was hosted by the Woodbury-based Lustgarten Foundation, attracted about 7,500 people Sunday to walk in solidarity and honor of their loved ones, hoping to raise awareness of the deadly disease that kills tens of thousands of Americans each year.

“Although the survival rate is still in the single digits, there’s a lot more momentum for this disease and there’s a lot more hope,” said Kerri Kaplan, the foundation’s president and CEO. “That wouldn’t be so without all the people here.”

The walk, which organizers expected to raise $1 million this year, is part of an ongoing effort to continue the momentum to invest in research and develop a cure. All funds raised will go toward research, organizers said.

“What’s amazing about this walk is how many people want to fight for other people,” Kaplan said. “Even though they’ve lost their loved one, they don’t want other families to go through that. And that’s a beautiful message.”

"Team Mary" was one of the families walking for a cure of the cancer that killed Mary Allen of Massapequa, 73, four months after her diagnosis in 2018.

“We are here to walk in her name,” said her sister Teri Walz, 58, of Seaford. “It was horrible to watch her pass. It’s a dreadful disease, to see her not eating, to wither away. … It’s such an injustice.”

Allen’s family members, who wore purple shirts bearing a photo of her — purple is the color of pancreatic cancer awareness — remembered her as the family’s matriarch who helped care for her siblings after their father passed away when they were children.

"She was always there for everybody. She was like our rock," said Lee Rossino, 63 of Holbrook, another one of Allen's sister. "It just took her so quick. ... They've got to find something."

For Irv Pakula, 76, of Franklin Square, Oct. 10  will mark the one-year anniversary of his diagnosis.

“I was devastated. My wife supported me. We had a good cry,” Pakula recalled the day when he found out he had stage 4 pancreatic cancer. “But we are fighting through it.”

“Dr. Devoe and I made a pact,” Pakula said, tearing up as he spoke. “One day, we are gonna say we cured it, and we will get up on a podium [with these] purple shirts, and we will say we beat it.”

2:26 Forecast: High winds, sunny and very cold
Suffolk sets vote on new aquaculture lease rules
Top photos from around LI, NYC from February 2021
Photos of the dayTop photos from around LI, NYC from March 2021
Virus positives below 4% as NY reaches COVID-19 one-year mark
2:07 Forecast: Overnight winds of up to 55 mph
Didn’t find what you were looking for?