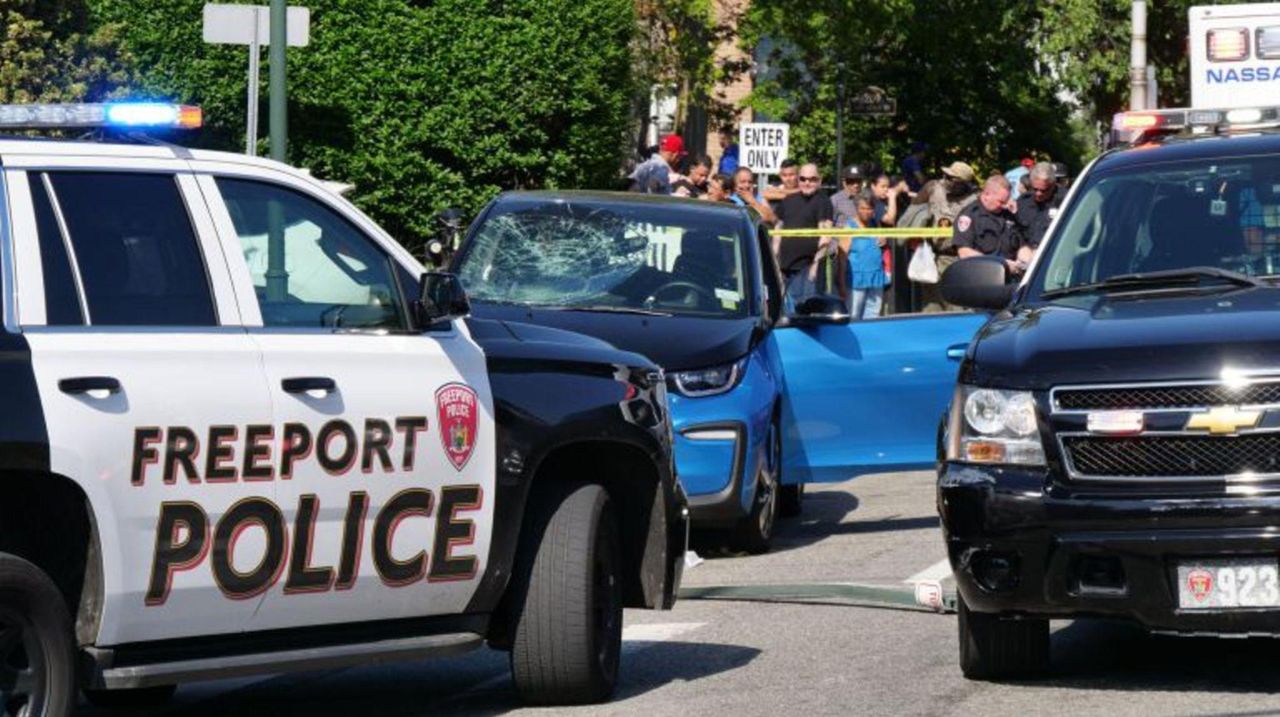 A BMW sedan struck three pedestrians, including a child, on Monday afternoon near an intersection in Freeport Village, authorities said.

The victims, an 11-year-old boy and two adults, were hit shortly before 4:20 p.m. in front of the Bethpage Federal Credit Union on West Merrick Road, near South Long Beach Avenue, authorities said.

Photos from the scene show the blue BMW partway on the curb, a soccer ball in front of it on the roadway. The front windshield showed significant impact damage on the passenger side. Nassau detectives were dispatched, and investigators could be seen looking inside the car as a crowd gathered behind police tape.

The boy, who sustained head trauma, was airlifted to Cohen Children's Medical Center in New Hyde Park, said Mayor Robert Kennedy, who was monitoring Freeport police reports. "The helicopter was passing by and was notified to assist," he said.

The adults were taken to South Nassau Communities Hospital in Oceanside, the mayor said.

Authorities initially said four pedestrians were struck, including a 9-year-old girl, but on Tuesday revised that number to three. The 9-year-old is a boy, police said, and he was not struck but taken to the hospital as a precaution.

The victims' injuries were not life-threatening, Nassau police said.

Other details were not immediately available Monday night as investigators pieced together their case.

CLARIFICATION: Three pedestrians were struck, police said Tuesday. An earlier version of this story had an incorrect number based on earlier information from authorities.

Cops charge driver with DWI, vehicular assault in crashThe BMW driver who allegedly struck several pedestrians on a Freeport Village sidewalk has been charged with driving while intoxicated and other crimes, police said.